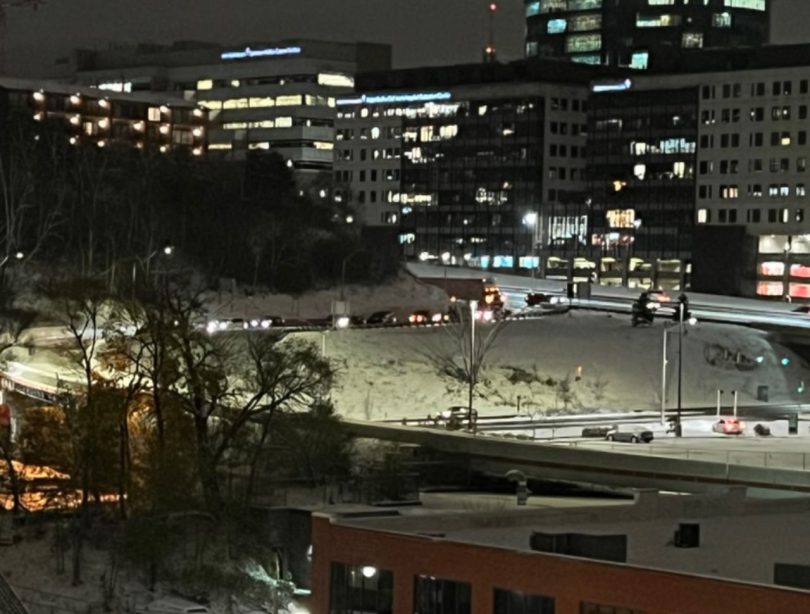 GRAND RAPIDS, MI — As heavy snow falls in waves across West Michigan, police and firefighters are responding to dozens of crashes and slide-offs.

In downtown Grand Rapids, the off-ramp to Ottawa Avenue from westbound I-196 was treacherous. The ramp is on a downward slope with a curve.

An officer reported that “cars are going about a half-mile an hour trying not to crash into each other.”

Police were calling for salt trucks to respond to various icy locations.

National Weather Service meteorologists, as of about 3:30 p.m. Thursday, estimated the greater Grand Rapids and Kalamazoo areas could see another five to nine inches of snow through Friday evening.