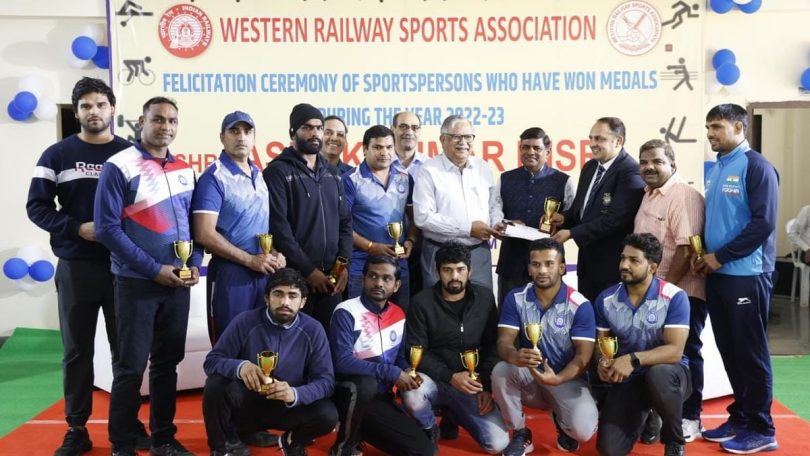 According to Sumit Thakur – Chief Public Relations Officer of Western Railway, GM Misra in his address to the athletes and sportspersons present at the felicitation ceremony emphasised that the players have given their best and competed with a spirit of sportsmanship, giving a tough competition to others. He said that sports is a commitment that all of us share not only towards our sportsmen, but also towards our youth. He also said that behind every great athlete is an inspiring coach or two.

He congratulated and extended words of praise to the sports coaches and the sports staff of Western Railway Sports Association who have helped in planning and executing meticulous practice sessions. Shri Misra said that this felicitation ceremony will motivate and encourage the players to excel and bring laurels of national and international merits.

Athletes who made Western Railway Proud

Misra also felicitated several National- Level sportspersons and the Para Athletes for their phenomenal performance in the year 2022-23. GM felicitated the Weightlifting Women’s Team, Weightlifting Men’s Team, Table Tennis Men’s Team, the Waterpolo Men’s Team and the Diving Team for their impressive achievements at the All India Railway Championship 2022-23. Western Railway is proud of its sportspersons and wish them success for their upcoming events & tournaments.