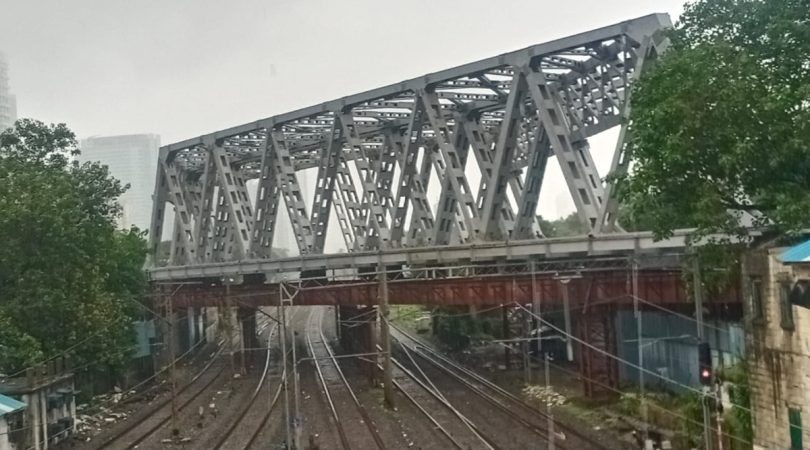 The Western Railway successfully completed the launching of the second open web girder (OWG) of the Delisle railway overbridge at Lower Parel Sunday despite continuous rainfall in Mumbai, said officials.

The launching of the second OWG began on June 15 and was completed without any major traffic or power disruptions, said officials.

Sumit Thakur, chief public relations officer of Western Railway, said: “It is worthwhile to mention that the assembling and erection of the second open web girder were completed in a record time of fewer than three months. This was the longest (90 metre) girder, weighing about 1,045 MT with single-span 65-degree skew, ever launched in Western Railway.”

The first girder launch was completed on June 22 this year. The work on the second girder was carried out under the close monitoring of a team of 15 railway engineers and an agency along with consultant engineers in the last five days. A massive team, comprising eight supervisors and 102 labourers, was deployed round the clock, which is also a first of its kind for the WR.

Thakur mentioned that the ROB has a skew of 65 degrees with railway tracks and is located at the north end of the Lower Parel station. Synchronised displacement-controlled strand jacks were introduced for the first time on the WR. High-quality structural steel (E-450 grade) was procured while stainless steel (SS-550 grade) was used in reinforcement bars in the substructure.

Also, the superstructure is coated with special anti-corrosive paint which has corrosion resistance equivalent to cold galvanising coating, said officials. The design and drawing of the superstructure were approved by RDSO owing to the non-standard open web girder. After the completion of the launching of girders, the work on laying the road surfaces will begin shortly, they added.

Delisle ROB at Lower Parel is a key connector in the city. It is effectively the only pathway to the Lower Parel office district for rail commuters who live in the eastern suburbs. These commuters travel by train up to Currey Road station and use this bridge to cross over into Lower Parel to reach Commercial Compounds such as Kamala Mills, High Street Phoenix and Peninsula Park etc.

The bridge is also used by pedestrians who cross from Lower Parel’s east to west and vice versa. It is also a point of entry/exit for commuters from Lower Parel railway station, one of the most crowded in Mumbai’s suburban network. The ROB is also an east-west link for motorists, with 1,200 vehicles using it every hour, as per a conservative estimate.