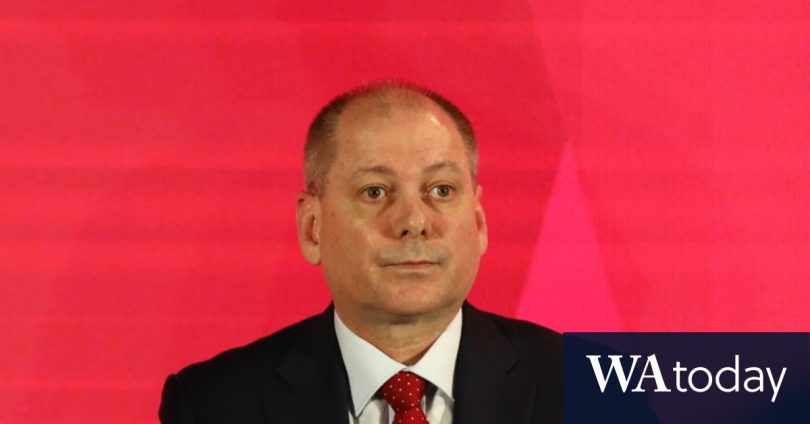 Dr Stuart Palmer, head of ethics research at Australian Ethical, which holds Westpac shares, said the bank’s policy was based on credible climate scenarios, but continuing with corporate lending to oil and gas clients until 2025 was a big gap.

“That’s too long. What the requirements will be for those plans raises a whole lot of issues,” Palmer said.

National Australia Bank, which on Thursday will announce a new chief climate officer role, is the only bank to place a cap of $US2.6 billion ($3.2 billion) on oil and gas lending, releasing its policy in November last year. It will reduce its exposure from 2026 to 2050, and won’t finance new or expansions of coal-fired power facilities.

NAB chief executive Ross McEwan stood by the policy on Wednesday, as he released research commissioned by the bank into the economic opportunities of the transition to a low-emissions economy.

“Gas is a transitioning fuel. We haven’t to date put any money in because we’ve been asked to from a security source. We remain of the position that we have got a cap on our portfolio and we’re putting the vast majority of our money into renewables,” he said.

NAB’s research, by Deloitte, found that $20 trillion is set to be invested into the economy from now to 2050 but that this will need to be drastically reallocated if Australia is to emerge as a strong economy in a global low-emissions environment.

It described this task as the “great reallocation” of capital, and said the scale and magnitude will be unmatched to any structural adjustment the modern economy has seen.

The report found that $420 billion in new investment will be needed to 2050 to achieve a successful transition. Of this, $400 billion will need to go to four areas that represent 90 per cent of emissions – energy, mobility, raw material manufacturing, and food and land use.

McEwan said the report showed that the transition to a strong low-emissions economy was doable without an enormous increase in spending by business and government.

“I think people have got a little bit caught up in, can we afford this? Is it doable? It’s absolutely doable, but we need to get going,” he said.

ANZ and CBA have also not ruled out lending to new oil and gas projects. NAB, Westpac and ANZ faced criticism earlier this year from climate advocates for helping to fund a private equity group’s acquisition of a stake in the expansion of Woodside Petroleum’s Pluto gas plant in Western Australia.

The Business Briefing newsletter delivers major stories, exclusive coverage and expert opinion. Sign up to get it every weekday morning.