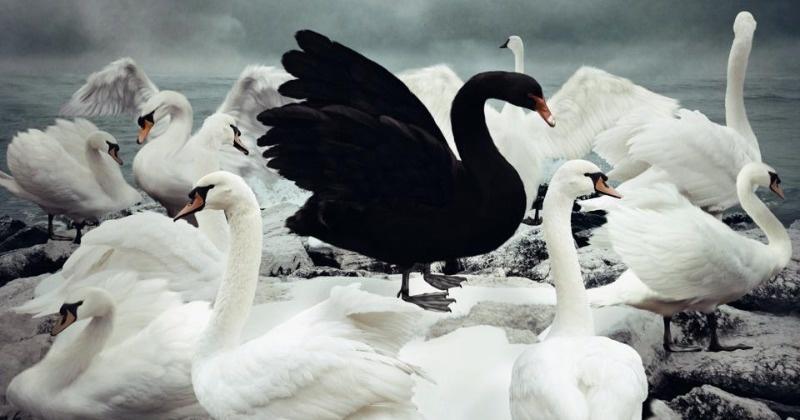 A Black swan event is a rare and unpredictable event that has some major impact on society and the world.

Reserve Bank of India’s (RBI) Deputy Governor Michael Debabrata Patra in his latest article ‘Capital Flows at Risk: India’s Experience’ has warned about some eventful global development which might trigger an outflow of about $100 billion or INR 7,80,000 crore from India. Patra along with his co-authors Harendra Behera and Silu Muduli, has called for immediate maintenance of liquid reserves to handle this unexpected event they refer to as a black swan event.

What is a Black Swan Event?

The Black Swan theory or the theory of Black Swan events pertains to a rare, unpredictable event that comes as a sudden surprise with a significant impact on society or the world.  The theory describes any unpredictable major happening with lasting effects that is beyond the purview of rationalization in hindsight as a black swan event.

Developed by Lebanese-American Statistics Professor and risk analyst Nassim Nicholas Taleb in 2001. According to this theory, a small number of Black Swans explain almost everything in our world, from the success of ideas and religions, to the dynamics of historical events, to elements of our own personal lives.

Where did the term originate from?

The term ‘Black Swan’ is a metaphor as well as a reality, derived from the discovery of the Black Swans in 1697 by a Dutch explorer in Australia. Until then, the Old World held this belief that all swans are white and the sheer degree of unpredictability of the spotting of this creature exposed the human understanding to its limitations and restrictions.

First promulgated by Taleb in 2001, the term popularised through the second volume of his Incerto series- The Black Swan: The Impact of the Highly Improbable in 2007. Substantiating his findings on the extreme impact of these rare and unpredictable events — and the human tendency to derive simplistic explanations for these events, retrospectively, Taleb in his book has laid enormous stress on devising robust systems and strategies to mitigate such instances and deal with their impacts.

What are the attributes of a Black Swan event?

According to Taleb, a Black swan event has three attributes. Firstly, such events are an outlier, as they lie beyond the realm of regular expectations as nothing in the past can convince for its possibility. Secondly, it carries an extreme impact that has major changes and shifts to the technical, social, cultural or financial dynamics of the world.

Third, despite its outlier status, human nature makes us concoct explanations for its occurrence post a certain fact that makes this event explainable and predictable.

What are the major Black Swan events of the Past?

Taleb in his book says that all fads, epidemics, fashion, ideas, the emergence of art genres and schools – follow these Black Swan dynamics. Literally, just about everything of significance around us might qualify.

The rise of Hitler and the Second World War, the fall of the Soviet Union, the Internet phenomenon and the market crash of 1987, the terror attacks of 9/11 all qualify as a Black Swan Event.

Taleb’s research and findings were precise to the levels that it aptly predicted the 2008 global recession which is certainly one of the starkest Black swan events of modern history.

For more on news and current affairs from around the world please visit Indiatimes News.