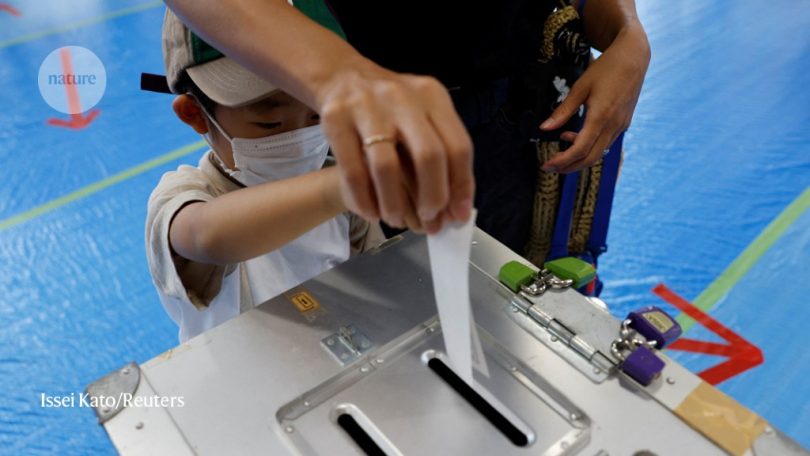 Japan’s conservative ruling coalition won a landslide victory in a national election earlier this month, two days after the assassination of former prime minister Shinzo Abe, who led the coalition until 2020.

Researchers say the coalition’s win in the upper house of the National Diet will give it a mandate to continue Abe’s legacy of trying to boost the economy through cutting-edge technologies, including those with possible military applications. Some researchers are troubled by this, saying they do not want their work to be used for acts of warfare.

“We don’t know what kind of ethical standards will be maintained,” says Sayaka Oki, a historian of science at the University of Tokyo. She says she expects government investment in research that can have both military and non-military uses will continue.

Researchers are also concerned that programmes that fund ‘dual use’ research will sideline science that does not contribute to economic interests — and that some sensitive research could be classified. “Military research is not open to the public, it is not science for everybody,” says Morihisa Hamada, a volcanologist at the Japan Agency for Marine-Earth Science and Technology in Yokosuka.

Ahead of the elections, Prime Minister Fumio Kishida and his Liberal Democratic Party committed to increasing investment in science and technology, particularly through tax breaks for private companies that invest in research. They also promised investments in areas of national priority such as quantum technology, biotechnology, artificial intelligence and regenerative medicine.

But the party has also pledged to double Japan’s defence budget to 2% of gross domestic product, in response to security threats posed by Russia’s invasion of Ukraine and growing tensions with China. This money will probably flow into the research sector through investments in cyberspace, deep-space and ocean technologies, says Atsushi Sunami, president of the Sasakawa Peace Foundation in Tokyo, which promotes international cooperation. Sunami is also a government adviser on economic security and science policy.

Since the end of the Second World War, Japan has been devoted to pacifism — a position enshrined in its constitution. But under Abe’s leadership, the government started investing in research that could have military applications. In 2015, the defence ministry’s Acquisition, Technology and Logistics Agency (ATLA) launched a basic-science fund, which now has an annual budget of around ¥10 billion (US$72 million).

And in May, the government enacted an economic-security law, aimed at limiting exports of strategic technologies and securing supply chains. As part of that effort, it has set aside funds worth roughly ¥500 billion for research. Economic security is essentially about advancing dual-use technologies, says Sunami. These include improved radar systems to detect missiles, sensor technology to monitor the submarine activities of neighbouring countries, and new materials to boost computing power, he says. “We don’t use the word ‘military’, but they are clearly serving the interests of the military, either today or in the future.”

Members of the scientific community have been pushing back against the growing investment in dual-use research. In 2017, the Science Council of Japan, a representative body for researchers, published a statement reiterating its commitment never to engage in research for military or war purposes. In support of the statement, many universities said they did not permit military research, and would closely examine any ATLA grant applications. Since then, applications for ATLA grants from university researchers have dropped.

Some researchers also say that increased investment in the government’s research priorities will encroach on academic freedom to choose research of interest. Making funding decisions on the basis of public policy will lead to some research areas being neglected, however important they might be, says Atsushi Sugita, who studies political philosophy at Hosei University in Tokyo.

But others say that there is no evidence that increased investment in government priorities has decreased interest in other research areas. Sunami says Japan has long struggled to convince the public to increase spending on science for science’s sake, even before the government started funding priority research areas.

It’s too early to criticize government funding programmes because of their dual-use potential, says Hideo Ohno, president of Tohoku University in Sendai. Almost all research can be categorized as dual-use, he says, but that doesn’t mean that it will serve military purposes. Quantum technology, biotechnology and artificial intelligence are all areas that Japan needs to invest in, says Ohno.

Some researchers are also worried that investment in military research could introduce restrictions on the sharing of sensitive data. The projects supported by ATLA so far are still at the fundamental-science stage, and the results are publicly accessible — but “openness is not guaranteed”, says Hamada.

Sunami says that although open science is preferable, some research needs to be protected. Sunami is a member of the economic-security expert committee advising the government, which he says will soon reconvene to clarify which technologies it wants to prioritize for funding, and to develop guidelines for determining when that research needs to be confidential.

Public support for increased defence spending could wane. Voter turnout for this month’s elections was only 52%, which suggests that the ruling party’s support might not be widespread, says Sugita. Abe’s assassination might also lead the party to wind back its support of military-oriented policies, he says. That includes support for dual-use technologies as a way to boost economic growth — but it should be noted that such policies have strong industry support, he adds. “We cannot be so optimistic.”