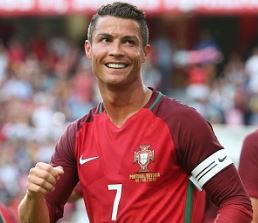 He remains one of the world’s most prolific goal scorers at the top level of football, but Cristiano Ronaldo’s career is gradually winding down to an end.

The Portuguese hitman has no problems slamming the ball into the back of the net, but his energy levels are not what they used to be and it’s hard to imagine him playing for much longer than his stated aim of until he reaches 40 – he turns 38 next February. Even the age he has set to continue playing could change though. More of that later.

Ronaldo isn’t just a footballer; he’s the CR7 brand, and he’s successfully made his presence known all over the world. When his sporting career finally comes to an end, the Portuguese icon may need to spread out into other areas to keep CR7 alive and ensure that he’s at the forefront of people’s thinking.

What are Ronaldo’s most lucrative ventures to date?

Aside from being one of the world’s highest earning footballers on wages of $480,000 per week, Ronaldo has a vast number of commercial partnerships that help him pull in much more and have contributed to his overall net worth of $500 million.

The most lucrative venture that Ronaldo has is with Nike. He penned a 10-year deal with the sports brand in 2016 and receives in excess of $10 million per year from the partnership. He also endorses companies like Armani, ZTE, Herbalife, and Clear Shampoo. In addition to those, the footballer recently entered the world of cryptocurrency with an NFT collection according to The Mirror.

Officially licenced games could be the way forward

Evidently, Ronaldo’s business acumen is unparalleled. He seems to be comfortable branching out into different industries and sectors and has capitalized on his celebrity status in all the best ways. However, there are plenty of options still left to be explored. For example, one way that Ronaldo could boost his brand further is to branch out into franchised games. This approach has worked for Hollywood blockbusters, popstars, and big franchises such as WWE, so why not for blockbuster football stars like Ronaldo?

This wouldn’t be such a dramatic move, either. Already, Ronaldo has acted as the cover star for the FIFA games series from EA Sports on numerous occasions. With iGaming and online gambling on the rise, and forecast to continually improve over the coming years, it could very well be time for Ronaldo to look into his own licensed console game or online casino offering. There are already some football-themed titles in the sector, such as Football Studio, provided by prolific brands like Casino777. It’s a game that uses elements of baccarat, combined with football commentary and aspects of the pitch in the graphics. There are also countless other football-related slots titles, heavily favoured by the online gambling community.

Essentially, Ronaldo could view the online casino industry as a pathway to reaching larger audiences. Not only this but there’s also the opportunity to release mobile games focusing on the career of one of the sport’s greatest icons.

Will Ronaldo be one of the oldest footballers ever?

It should be a few years yet before Ronaldo has to turn his focus fully to his ventures off the pitch. The five-time Ballon d’Or winner has made no indication that he is planning to retire in the near future and could easily go on to become one of the oldest professional footballers ever.

The current oldest big names playing in Europe listed by Sports Brief include Gianluigi Buffon at 44 years of age and the 40-year-old AC Milan striker Zlatan Ibrahimovic. Ronaldo could, therefore, easily go on playing well past his 40th birthday. He has never competed in the MLS yet, so this is something he may want to tick off his list. There’s also the chance of a future return to Sporting, the club at which CR7 broke out onto the world stage.

Ronaldo is one of the world’s most famous football stars, but there’s a chance that his status might fade when he stops playing. That’s why he may feel the need to expand his franchise in as many ways as possible to prolong his legendary status.