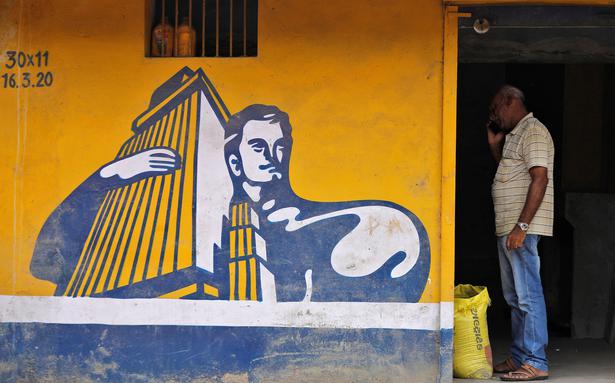 The last week was quite a eventful period for Ambuja Cements. The company’s stock hit an all-time high of ₹585.45 on September 20, and has since then declined 14 per cent.  This was after the stock has been an outperformer in the cement sector space over the last six months in the volatile market. While many cement stocks have traded down for the year so far, Ambuja and its subsidiary ACC have managed to stay afloat, with Ambuja being up by around 50 per cent prior to its correction over the last week. The reason for the outperformance can be attributed to the takeover by Adani and the open offer as per SEBI norms.

In May 2022, Adani bagged the deal to buy Ambuja cements and ACC. As per the SEBI norms, Adani group had to issue an open offer to buy another 26 per cent of shares. This factor continued to buoy the stocks.

Further on September 16, Ambuja Cements had announced plans to issue 47.47 crore warrants at ₹418.87 each to Harmonia Trade and Investment Limited (an Adani group entity) and raise ₹20,000 crore upon conversion of these warrants at a future date. Thus, the promoter group holding will rise to 70.3 per cent (post conversion of warrants) from 63.2 per cent.

As per an Axis securities report, the amount raised is  intended for capital expansion, de-bottlenecking capital expenditure along with logistics infrastructure, consolidations, investment in technology and working capital requirements. This seems to be in line with expansion of the consolidated capacity of 70 million tonnes to 140 million tonnes by 2027 announced by Gautam Adani. The market took this development in positively and on September 19, the stock made a high of ₹572.5 (BSE) and on the next trading session made an all-time high of ₹585.45.

However, this winning streak ended soon after and the stock witnessed a 14 per cent correction from its peak. On September 20, Adani group announced pledging 100 per cent of its holdings in Ambuja and ACC to fund the purchase consideration of around $6.4 billion to Holcim. The pledge has been created with Deutsche Bank, Hong Kong. The market reaction to the news of pledging has been negative coupled with global macro-economic uncertainty weighing heavily on domestic equities .

Markets in general are pessimistic about pledging of shares and react negatively on the risks involved, especially when a significant stake of the promoter gets pledged. While during normal times, this may be less of an issue, but may have adverse consequences in a bear market. This is so because when the share prices fall, additional collateral must be deposited with the lender or the lender may have rights to invoke or sell the the shares creating selling pressure.