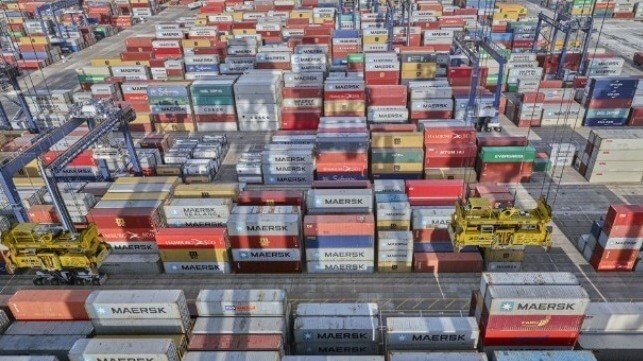 Ocean carriers and some terminal operators have had a run of exceptional earnings, and dockers want a share.

Besides congestion, strikes at major ports in Europe, Asia and North America have become another addition to multiple challenges facing shippers. UK is the latest country teetering on the edge of a potential port strike. This could severely affect shipping at Felixstowe and Liverpool, two of UK’s major ports.

Interestingly, the port strikes have spread to countries like Germany, where they have not occurred in the last three decades.

But why are port workers downing their tools at a time shipping industry is pocketing extraordinary profits?

Within the week, German carrier Hapag Lloyd said it expected the 2022 full year profits to be in the range of $17.5 to $19.5 billion, an extra $5 billion dollars over the forecast it made in May.

On the port side, especially judging from the financial reports of some terminal operators, the prospects are eye watering as well. HHLA, a terminal operator with presence in major European ports, saw a 12.7 percent increase in revenue to $1.4 billion in the 2021 financial year.

In the midst of these port strikes, it is important to interrogate what could be going wrong with this particular contract negotiation cycle.

“Are they striking just to upset consumers who end up paying more for goods as stocks are stuck in ports? Nope. They are striking because . . . the trickle-down success is not being implemented,” Anthony Miller, a writer and SEO specialist in the supply-chain sector, wrote on LinkedIn.

Using Felixstowe as an example, Miller argues that even in instances where dockworkers get a pay rise, it is disproportional to the rate of inflation. For instance, the dockworkers have been offered a five percent increase this year, yet inflation in UK is at around 11.9 percent. This works out to a salary decrease of about six percent.

“In the meantime, the Felixstowe Dock and Railway Company are paying large shareholders nearly 100 million pounds to celebrate their profits. It is clearly time that big companies start sharing their wealth and success with their staff, and not just with shareholders,” argued Miller.

The opinions expressed herein are the author’s and not necessarily those of The Maritime Executive.