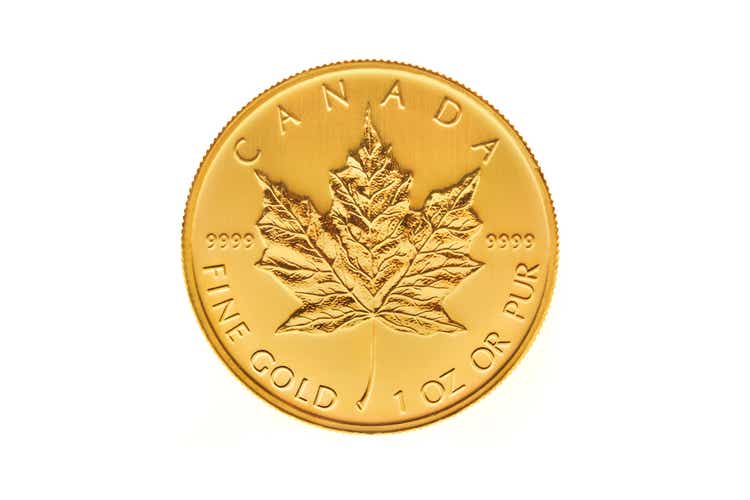 Note: This article updates my previous article published on August 16, 2022. I have been following WPM quarterly results since Sep. 2018.

WPM has 21 operating mines and 13 development projects throughout the Americas.

1 – A quick snapshot of the third quarter

While inflationary pressures are still impacting all sectors of the economy, especially mining, Wheaton has maintained cash operating margins of over 75% year-to-date, highlighting the resiliency of the streaming model in an inflationary environment. Furthermore, we have demonstrated our continued willingness to identify strategic opportunities, both externally and within our portfolio, that create value for our shareholders.

Wheaton Precious Metals is part of my core long-term streamer with Franco-Nevada (FNV). Unfortunately, WPM has underperformed the group on a one-year basis but recovered recently and is now down 2%.

WPM is one of my long-term investments in the royalties & streams segment with Franco-Nevada. I also own a small long-term position with Sandstorm Gold (SAND).

The investment thesis has not changed this quarter, and WPM is part of my core long-term position in the steamer category.

The gold and silver prices, which are crucial for the company’s revenues, have changed course recently after Chairman Jerome Powell signaled that the FED was ready to increase by a 50-point basis on December 14. Jerome Powell said:

It makes sense to moderate the pace of our rate increases as we approach the level of restraint that will be sufficient to bring inflation down[.]

The market quickly interpreted those comments, and the US dollar dropped while gold rallied. But I think it is far from sure that the FED will hike by 50 points instead of 75 basis points. The following job numbers and CPI for November will be crucial.

Powell said he thinks it’s likely the Fed will need to raise rates “somewhat” higher than estimated in September, and that there was “considerable uncertainty about what rate will be sufficient.”

In conclusion, the gold sector is highly volatile and unpredictable. Thus, I suggest trading regularly short-term LIFO, a minimum of 30% of your long-term position.

This dual strategy has been my dominant strategy in my marketplace, “The Gold and oil corner,” and, I believe, it is the most rewarding strategy to maximize your profit while reducing risks significantly.

Note 1: Historical data (more than four years) are only available for subscribers.

The decline in attributable gold production was primarily due to lower output at Salobo and the closure of the 777 mine.

Below is shown the revenue per metal for the last four quarters. Cobalt production started in 1Q21:

The gold price dropped sequentially to $1,728 per Au ounce, while the silver price was down to $19.16 per Ag ounce.

Please see the chart below:

The Board of Directors declared a quarterly dividend of $0.15 per common share or a yield of 1.50%. The dividends are linked to operating cash flows.

Note: Wheaton Precious Metals is a Canadian company, and dividends are subject to Canadian tax (15%) taken directly for non-Canadian investors, reducing the amount paid to investors, not from Canada.

3 – Available capital, no debt, and $2 billion in liquidity

On September 30, 2022, Wheaton Precious Metals had cash and cash equivalents of $494.62 million and no debt outstanding under its Revolving Facility, which is excellent backing from a long-term investor’s perspective.

The company has a $2 billion revolver facility extended to July 18, 2027. Total liquidity of nearly $2.5 billion.

The chart below shows a significant net cash position:

in the quarter, we completed the termination of the Keno Hill stream for $141 million and announced the proposed termination of the Yauliyacu stream with Glencore for $150 million. We are very happy with the returns these mines have brought us over the years.

Note: The chart is adjusted for the dividend.

Trading LIFO allows you to sell your most recent purchases, assuming a profit while keeping your long-term position until your position has appreciated enough to consider selling it.

Warning: The TA chart must be updated frequently to be relevant. It is what I am doing in my stock tracker. The chart above has a possible validity of about a week. Remember, the TA chart is a tool only to help you adopt the right strategy. It is not a way to foresee the future. No one and nothing can.

Author’s note: If you find value in this article and would like to encourage such continued efforts, please click the “Like” button below as a vote of support. Thanks.