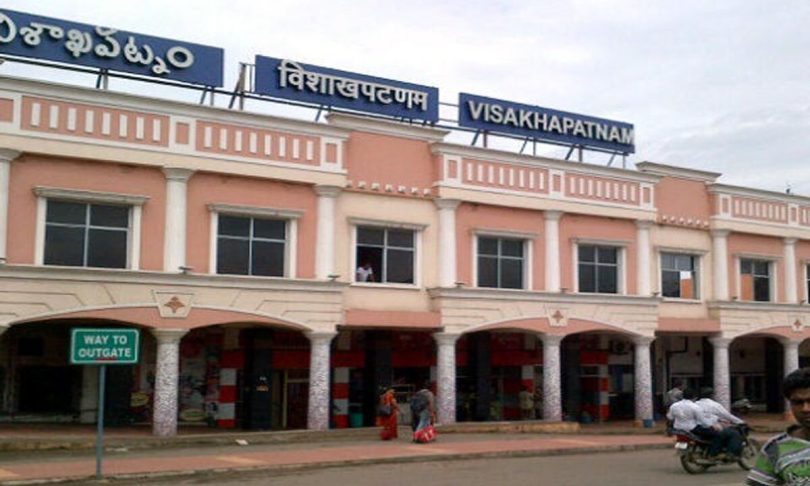 There is no clarity on formation of a new zone with headquarters in Visakhapatnam even though Modi himself made the announcement before elections at a public meeting in the city in 2019. Whether he lays stone or not, let the Government of India announce a specific time-frame on operationalisation of the new zone – JV Satyanarayana Murthy, Railway Zone Sadhana Samiti convener

Visakhapatnam: With no mention of unveiling of plaque for beginning work for the South Coast Railway (SCoR) Zone with its headquarters in Visakhapatnam in the tentative programme released for Prime Minister Narendra Modi’s November 11 and 12 visit, speculation continues whether the work on the new zone – a long pending demand of the people of North Andhra – will be realised in the near future or not.

There is no confirmation on laying the stone for the programme along with other centrally-funded projects. “There is no word on this front from the Prime Minister’s Office. Hence, we are not going ahead with the preparations for the stone-laying ceremony,” an official when contacted, told Bizz Buzz on Tuesday.

The tentative programme mentions seven projects involving an investment of Rs10,742 crore. Modi will address a huge public meeting at the Andhra University Engineering College grounds for which both the BJP and the YSR Congress Party have announced their efforts to mobilise massive crowds on the morning of November 12.

The Prime Minister after arrival from Madurai, will reach Visakhapatnam International Airport on November 11 at 7.25 pm and proceed by road to the Chola suite of Eastern Naval Command headquarters for a night halt.

The next day between 10.30 am to 11.45 am, he is scheduled to dedicate to the nation various projects at AU Engineering College grounds. After winding up Visakhapatnam tour, he will fly to Begumpet Airport in Hyderabad.

The tentative programme being circulated among the officials includes seven projects which he will either dedicate to the nation/inaugurate or lay the stone simultaneously at the public meeting. The projects for which stone will be laid include modernisation of Visakhapatnam Fishing Harbour, six-lane greenfield Raipur-Visakhapatnam Economic Corridor of NH130CD in Andhra Pradesh, redevelopment of Visakhapatnam Railway Station and GAIL Srikakulam-Angul natural gas pipeline project stretching over 745 km.

He will either inaugurate or dedicate to the nation following projects: Rehabilitation and upgradation of NH 326A from Narsannapeta to Pathapatnam (excluding road overbridges and its approaches), to two-lane with paved shoulder in AP part of Srikakulam-Gajapati Corridor and ONGC U field monetisation of KG DWN-98/2 deepwater block.

“There is no clarity on formation of a new zone with headquarters in Visakhapatnam even though Modi himself made the announcement before elections at a public meeting in the city in 2019. Whether he lays stone or not, let the Government of India announce a specific time-frame on operationalisation of the new zone,” JV Satyanarayana Murthy, Railway Zone Sadhana Samiti convener, said.

Sources said the zone programme has not found place in the tentative tour schedule as both the YSRCP and the BJP are claiming credit for Modi’s visit to Visakhapatnam and the BJP central leadership is still weighing the pros and cons of including it in the minute-to-minute programme. During an interaction with the media while disclosing on Modi’s visit, both national spokesman and Rajya Sabha member GVL Narasimha Rao and State president Somu Veerraju stated that the Prime Minister will lay the stone for the new zone during his two-day visit to the city.

The dedication to the nation of the Rs 26,000-crore HPCL Visakh Refinery project was not included in the tentative programme as work on the expansion is still progressing.