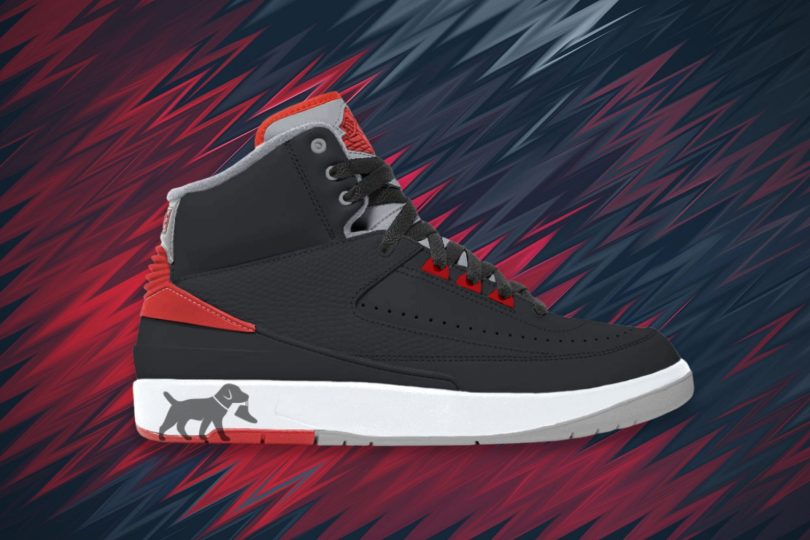 The Swoosh’s renowned sublabel Jordan Brand is making grand preparations for the following year, particularly for its Air Jordan 2 silhouette. The sneaker community has already recorded many colorways of the second Jordan shoe, such as “Craft” and “Neutral Grey,” which are scheduled for 2023. Most recently, another “Black Cement” variant surfaced on the internet that will be joining the list.

The upcoming “Black Cement” iteration of the Air Jordan 2 Retro shoes is slated to enter the sneaker market in 2023. A few early reports suggest that these shoes will be dropped on September 23, 2023. Fans will be able to buy these bold black sneakers from the online locations of Nike and a few other Jordan Brand retail shops.

This rendition of the second shoe will be produced in full family size run, including men’s, grade school, pre-school, and toddler/infant sizes. While the first two sizes are marked with price tags of $175 and $140, the next two will cost you $85 and $65 per pair, respectively.

The year 2023 will be significant for the Air Jordan 2. As Jordan Brand works to make AJ2 the next go-to sneaker, many low-cut and high-top variants for MJ’s second namesake shoe will continue to arrive throughout the year. With the OG “Chicago” debuting at the end of December, the new year will only bring additional hues.

Jordan label’s website mentions the origin and story of its second iconic silhouette as:

“With the introduction of the Air Jordan II comes a new era in footwear. On the heels of Michael Jordan’s masterful entry into the game, and with calculated precision, the AJ Il laid the visionary foundation for a long and prosperous footwear dynasty.”

“Made in Italy, with faux lizard skin, sleek lines and no swoosh, the shoe was an elegant design that added sophistication to MJ’s soaring style. Throughout 1986/1987, Jordan scored a league record 23 points in a row on his way to professional basketball’s second-ever 3,000-point season.”

The Air Jordan 2 Retro borrowed heavily from the classic “Black Cement” Air Jordan 3 as part of Jordan Brand’s Fall 2023 Retro Sneaker Lineup. This AJ 2 has a leather upper with a black foundation that is available in black, cement gray, fire red, and sail.

The gray tongue flaps are complemented with vivid red branding accents. While these red accents appear in the form of eyestays, the bold black lace set wraps up the uppers.

Highlights in red and gray help to break up a composition on a dark basis. Moreover, the finishing touches for this brand-new Air Jordan 2 include a white midsole on top of a gray and red outer sole unit. These midsoles are incorporated with comprehensive Air units for improved performance and cushioning.