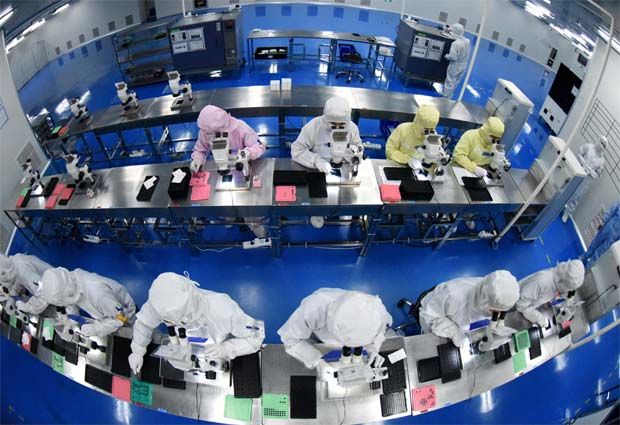 SHANGHAI: China is the world’s largest footwear and clothing consumption market in 2021, accounting for 25% of the overall market, according to an industry report, pointing to an upgrade in the quality of the country’s fashion industry.

Meanwhile, the annual per capita consumption of footwear and clothing in China exceeded US$300 (RM1,374) in 2021, the report said.

But there is still much room for growth in the future compared with Japan, the US, Western Europe and other developed economies,” said Ye Hai, a senior partner at McKinsey Global.

Ye added that since the country’s reform and opening up, China’s clothing industry has grown rapidly and gradually begun to stand out on the global stage. At the same time, it is about to enter an important upgrade period.

The shifts have been driven by the drastic rise in per capita GDP that China has seen since its reform and opening-up.

“We find that as Chinese consumers become more mature, key purchasing factors are becoming more diversified and decentralised, which has shifted patterns of material consumption from tangible to intangible, including spiritual, cultural and emotional consumption,” Ye said.

“At the same time, the cultural confidence of Millennials and Generation Z (Gen Z), who grew up in the period when China’s economy was booming, has greatly improved, further promoting the vigorous development of local brands,” he added.

Over 30% of the respondents said that the Covid-19 pandemic, which has contributed to growing economic uncertainty, made them care more about quality-to-cost ratios.

According to the report, the Chinese market has an advantage in terms of supply chain completeness compared with Europe, the US and Japan, where many of the industry’s functions have been outsourced.

However, the situation has gradually improved in recent years.

Designers who produce clothing that draws on Asian cultural influences, such as Uma Wang and Samuel Gui Yang, frequently appear on the international fashion stage, and new-generation designer brands such as Shushu/Tong, Feng Chen Wang and Chenpeng also display their collections globally.

Xiao Xue, the promotion ambassador of Shanghai Fashion Week, shared her observations of the past 20 years in the national fashion market.

“We have seen more and more independent designer brands, which have gradually become accepted and loved by consumers. The era of Chinese design has come,” Xiao said.

“At the same time, we are pleased to see that sustainable fashion and environmental protection are becoming the consensus of the younger generation of designers.” — China Daily/ANN