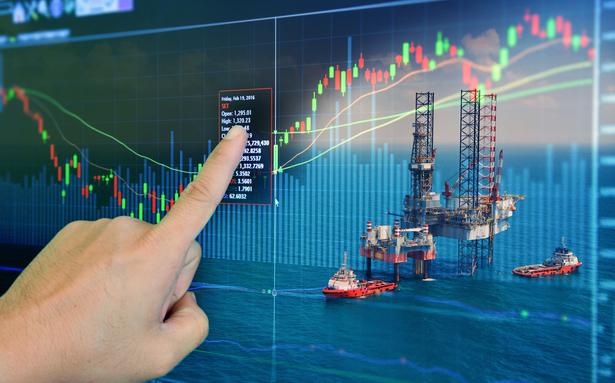 The correction in Indian equities, which started in April 2022, does not seem to be abating at all. The small relief rally in May 2022, did not sustain and the market has been making new lows over the past month. Concerns over global inflation has made investors jittery, resulting in a 7 per cent decline in NSE Nifty 50 Index in June.

Even as geopolitical and inflationary concerns remain, the only silver lining has been the sharp decline in the crude and oil prices over the past few weeks. Global energy prices have significant impact on India’s economy, given the country’s dependence on imports to meet over 70 per cent of its energy demand.

The fall in crude and gas price, if sustained, will benefit the overall economy by reducing its energy import bill and save the country’s forex reserves. Indian rupee has been hitting new lows against US dollars. Besides savings for the Government, the correction in gas prices will come as a big relief for gas users as well.

India imports about half its gas requirement which are met through liquified natural gas (LNG).This in turn is re-gassified and sold to users as RLNG (re-gassified LNG). The balance is met through domestic production by exploration companies such as ONGC (accounts for over 70 per cent of domestic supplies), Oil India Ltd and Reliance Industries Ltd.

In the gas segment, the direct beneficiaries from lower prices are distribution companies such as Indraprastha Gas (IGL), Petronet LNG (PLNG), Gujarat Gas, which will see volume uptick, should the gas price continue to moderate. Interestingly the shares of IGL and PLNG have been bucking the market, clocking 5.3 per cent and 6 per cent gains, this week, even as the broad markets have been on a falling spree.

Consumers who benefit from falling gas prices are fertiliser, power, metal, and chemical industries. For fertiliser companies, gas is an important feedstock and will particularly benefit phosphatic fertiliser manufacturers in the listed space such as Coromandel International, Paradeep Phosphates, Gujarat State Fertilisers and Chemicals Ltd (GSFC) and Gujarat Narmada Valley Fertilisers and Chemicals (GNFC) to name a few. However, for urea manufacturing companies the benefit iof low gas prices may be limited, given the Government’s subsidy policy, wherein the input price is a pass through for production up to their reassessed capacity. Production beyond the capacity, as defined under the policy, will benefit from lower gas prices, since the realisation is linked to import price of urea.

Oil exploration companies such as ONGC, Reliance and Oil India may see moderation in revenues and profits should the global and domestic crude price continue its downward journey.