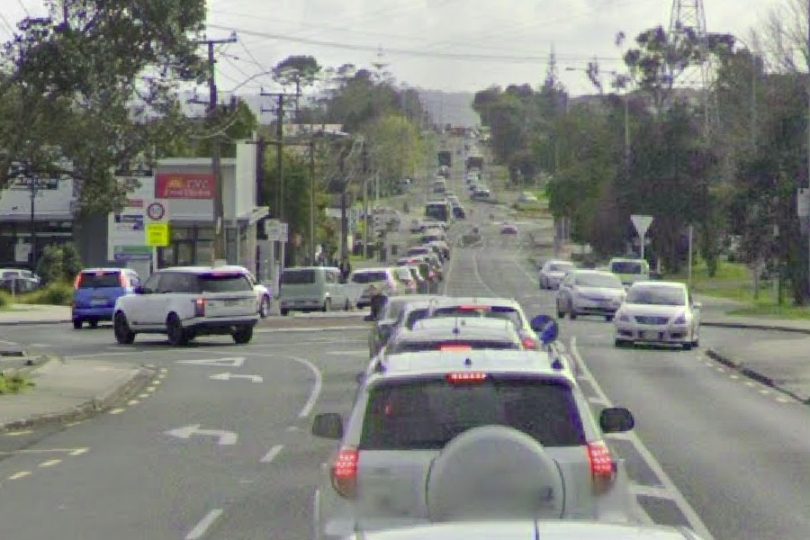 This guest post by George Weeks originally appeared on The Spinoff and is reposted with kind permission.

It might seem like a good deal, but toll-free roading results in congestion and free parking leads to frustrated circling. Drivers end up paying with their precious time – and the social cost is huge.

Any advertiser can tell you that 86% of decisions are made on an emotional basis. We buy things because of how they make us feel. The use of a diamond ring is pretty close to nil, but it can carry a lot of sentimental weight. A sports car is less practical than a station wagon, but sells for a higher price. The shirt embroidered with a tiny polo pony costs almost as much as an actual horse. And so on. Emotional reactions really matter.

We urban designers and planners aren’t always terribly good at recognising this. Of all the emotive issues that we encounter in our professional life, absolutely nothing comes close to car parking. This is because we are trained to consider parking in a context that is technical, not psychological.

Here’s a true story from Brighton. Well, Hove, actually – a British seaside locale with regular rail service to London where people like to retire. In 1975 my grandparents downsized to a flat near Hove seafront, which at the time came with unrestricted on-street parking. It was a busy neighbourhood near Hove Town Hall and many local shops, so there were never enough parking spaces to go around.

This led to bizarre behaviour. The eight square metres of kerbside space outside my grandparents’ flat was dubbed “Grandma’s parking space” and was guarded with the zeal of a gamekeeper watching their pheasants before a shooting party. Grandma’s Fiesta Ghia deserved to occupy this space, and woe betide any other vehicle that dared to use it. On the rare occasions Grandma’s Fiesta was driven away from its parking space it was a sure bet that THE ORANGE CAR (a nemesis akin to the Reliant Regal in Mr Bean) would sneak in and steal the parking spot. Grandma would thus hardly ever drive. She preferred chatting to interesting people on buses.

Like anything that’s freely available, free car parking is over-consumed. A total absence of kerbside restrictions ironically often leads to greater time lost and more inconvenience. Any visit to Grandma’s involved long and tedious drives up and down the avenue looking for that one remaining unoccupied space.

Free parking is one of these ideas that looks good on the surface, but can often be problematic. Parking spaces are expensive to provide and any under-supply leads to a queue-based rationing system, akin to waiting in line for a standpipe during a water shortage.

The hidden cost of ‘free’ roads

Free roads don’t make much more sense, particularly in cities. While the registration on my car’s windscreen shows I’ve licensed my car for road use, it gives me no more guarantee to unoccupied road space than any other road user. Try driving a car in the Auckland morning rush hour —  the “freedom of the open road” so beloved of car advertisers quickly dissipates into a sea of brake lights and frustration.

Contrary to popular perception, Auckland does have a congestion charging system. Every person stuck in traffic pays with their time. In one sense it is kind of equitable – a brand-new Ferrari 812 is no more immune to congestion than my venerable Honda. On the other hand, the time cost is typically paid by those who have little control over what time of day they make their journey, due to work demands, family commitments, and so on. For every employee unable to be flexible in their working hours, this is purely wasted time, literally up in smoke.

If you take a look at the diagram below which shows the social cost of congestion, at X, the social cost of road travel starts to include congestion impacts on other motor vehicles.  If travel demand increases to Y, the congestion costs are shown by the blue triangle ABC. This is a deadweight loss – it cannot be used for anything else.

Many cities have some form of city-centre congestion charge, in which motorists pay to drive in heavily congested areas; Sydney has its toll tunnels, while Singapore has done this in one way or another since 1975. Oslo introduced congestion charges in 1990, London in 2003, Stockholm in 2007 and Milan in 2013. In 2023 they will be joined by New York City. Opposition to congestion charges in New Zealand often claims it is “anti-car” or a “war on the motorist”, but this is daft. If traffic is reduced, life is much easier for the remaining traffic. Think of how much more pleasant it is to drive in a big city during the school holidays when traffic is about 20% lower.

As soon as roads aren’t free at the point of use, people think more carefully about whether or not to use them. Most excitingly, money collected through a congestion charge can be invested in public transport, addressing our city’s considerable transport inequity. Imagine harnessing the energy of Auckland’s infernal traffic jams and using them to pay for frequent reliable buses. New ferries. New railway lines! Rather than forcing people to sweat in traffic every day, we could reduce traffic while giving people genuine alternatives.

More to the point, New Zealand needs to make its transport system less car-centric. Auckland needs to reduce traffic by 50% by 2030. The most effective ways to do this are generally congestion charging, parking restrictions, and limited traffic zones. Rather than making people pay with time, let’s use this as an opportunity to invest in public transport and better streets. There’s no issue with more people using buses and trains. Unlike roads, which are best when they’re empty (i.e. in car ads), public transport works better the more people use it. Nothing succeeds like success and nothing helps like cash.

The emotional reaction to congestion charging is typically one of fear and loathing, generating plenty of angry online comments but very little in the way of meaningful engagement. The same applies to car parking charges. In both cases, as with any public policy, it’s important to show why it is a good idea.

Returning to my Grandma’s parking travails in Hove, the story took a new chapter when the council introduced car parking restrictions and residents’ permits. Grandma’s reaction was initially suspicious; was this just the council’s latest money making scheme? Would it even be effective? How would the regime of rules, permit cards, and stiff penalties work in practice?

As it turned out, the scheme was well run and fair. By managing demand, there were many more spaces and it was easier to park. Most importantly, it banished the menace of The Orange Car from the road. Victory!

Grandma still stuck to taking the bus. You have more interesting chats with random strangers that way.