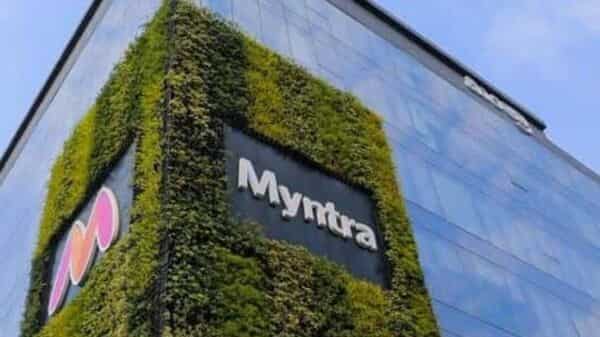 Once upon a time, there were two Indias. There was India, squeezed into ever more crowded but ever more prosperous mega cities — the India of skyscrapers and metros, roads clogged with millions of vehicles; the India of sprawling technology parks which worked round-the-clock, servicing clients round the globe; an India where a technology unicorn was minted every week and a dollar billionaire every other day. And then there was Bharat — the vast rural and semi-rural hinterland where millions eked out a living on tiny landholdings barely large enough to be classified as farms; the Bharat which was home to the largest absolute number of poor in the world; a Bharat where infrastructure existed, if at all, in state of crumbling decay; a Bharat where consumption fluctuated with the whims of fickle weather gods, who unleashed floods and droughts with uncaring abundance.

That was then. Meet the new Bharat, where shiny malls rub shoulders with crowded bazaars, where luxury vehicles compete for road space with tractors and two-wheelers, and where Hollywood (albeit dubbed in local languages) is today a bigger draw than Bollywood.

GST law may be rid of crime tags

How mutual funds are betting on long-term India story

The AI chatbot that has the whole world in a flutter

The unspectacular but steady growth of agriculture, a perceptible improvement in connectivity and, above all, the penetration of broadband internet have driven an explosion of consumption which has sent marketers of everything from fashion to fancy cars scrambling to beat a path to small-town India’s door.

In fact, it was the agriculture sector which managed to drive the Indian economy’s rapid turnaround after the shock of the covid pandemic and the resultant brutal lockdowns which drove India into its first recession in 40 years in FY21. But despite the steep fall in manufacturing and services output, agriculture and allied services posted a growth of 3.4 per cent in FY21. Foodgrain production peaked to a record 296.7 million tonnes in 2019-20. The record output, combined with stepped-up government procurement and higher price realisations, helped not just agriculture input industries — tractor sales hit a record 9 lakh units in 2020-21 — but sectors as disparate as FMCG and Cement rode on rural demand to ride out the worst of the covid downturn.

Nothing exemplifies the blurring of lines between Bharat and India more than the fortunes of India’s biggest online fashion retailer Myntra. When it held its “fashion week” sale in October 2020 — just weeks after the devastating second wave of covid had claimed tens of thousands of lives — it saw more than 45 million customers visit the portal. More than 4 million actually bought stuff — 13 million items in total, more than double its previous year’s festive season sale number. And more than half came from Tier-2 and Tier-3 cities and towns.

In a recent media interaction, Myntra’s CEO Nandita Sinha said the fashion-etailer expects small-town and rural India to contribute more than half its sales over the next few years. As Mint reported, nearly 40 per cent of the demand for global fashion labels on the Myntra platform comes from Tier 2 cities and beyond.

It’s not just fashion. According to Kantar Worldpanel’s shopper analysis report for FY22, small towns with less than 10 lakh population have led the growth for baby care items like diapers, lotions and feed formulations, while demand in metro markets actually de-grew. And online used-car retailer Spinney has launched a luxury division — Spinney Max — which is focused on the market for pre-owned luxury automobiles in small town India.

Myntra is not the only retailer cashing in on the new Bharat. According to the India E-Commerce and Retail Trends Report 2022 by Unicommerce and Wazir Advisors, shoppers from Tier II and Tier III have the lion’s share of India’s e-commerce market, accounting for 61 per cent of the overall e-commerce market. Sales to Tier II and Tier III cities grew 92.2 per cent and 85.2 per cent YOY respectively, while Tier I cities grew 47.2%.

A recent study by Ambit Capital on the so-called “middle cities” — 15 cities which come after India’s top eight metros and mega cities, found that “Incomes in middle cities are likely to be growing faster than that of the top-8, and in absolute terms incomes could be two times that of other smaller cities”. They are leading the consumption explosion in non-metro India. Air traffic volumes in these cities, for instance, grew 21 per cent between 2015 and 2019, while the top eight metros, despite having better infrastructure and connectivity, reported 15 per cent growth in air travel volumes during the same period.

Rising education levels — Ambit’s study found that the ratio of graduates in the middle cities is comparable to big metros — has also led to a boom in entrepreneurship. According to commerce ministry data, more than half of the 75,000 recognised start-ups in India are from Tier 2 and Tier 3 cities and towns.

Prime Minister Narendra Modi, who, in in his Independence Day address this year said that Digital India would be driven by “talent from the Tier 2, Tier 3 cities and the talent that lives in a village somewhere”, clearly knew what he was talking about.