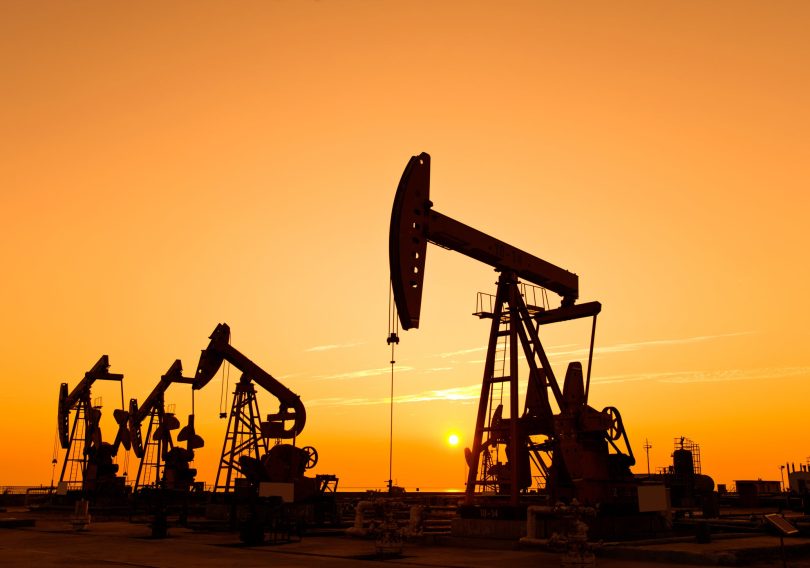 The value of oil and gas stocks dropped on Monday as investors prepare for a Federal Reserve meeting on Wednesday. Hopes from a few weeks ago that short-term interest rates may only rise 50 basis points are almost gone and some analysts are expecting a full 100-basis-point increase, which would be the biggest increase in rates in 40 years. The result has been bearishness in energy markets, which are generally driven by growth in economic activity.

The biggest concern for investors today is that interest rates will rise so fast that the economy will go into recession, or make an existing recession worse. That could hurt oil demand and sent the value of West Texas Intermediate (WTI) crude oil down as much as 3.5% in trading early Monday to a low of $82.10. The market’s sentiment did change quickly and WTI crude is currently $85.73 per barrel, up 0.7% on the day.

You can see below that oil companies’ stock prices generally follow the value of crude oil, which makes sense because that’s the output of the business. Outside of Transocean, all of these companies are very correlated with the price of oil.

The economic backdrop is coming as crude oil production in the U.S. is increasing. Oil rigs are coming back online slowly and they’re far more efficient than they were a decade ago, which has brought the U.S. close to pre-pandemic production levels.

High prices and increasing demand were a boon for oil companies and investors may be seeing a reverse of that right now. Prices have been falling for months and it’s possible that demand will be next if the Federal Reserve has its way.

Meanwhile, rising interest rates will eventually mean higher borrowing costs for oil companies, which generally carry a lot of debt. You can see below that all four of these companies have large debt loads. 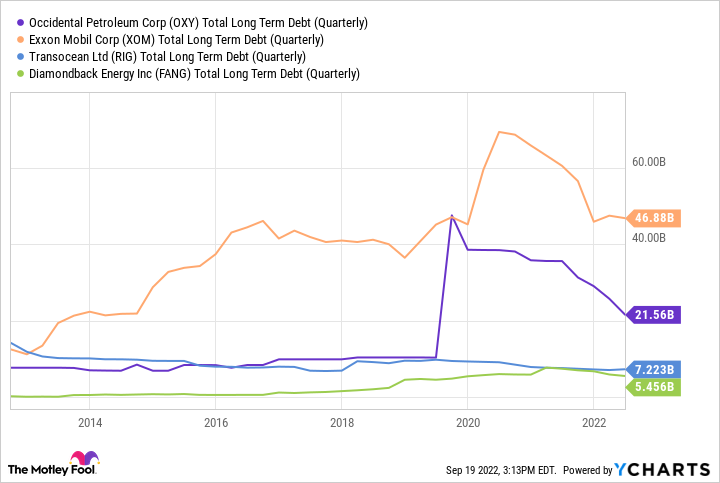 Add it all up and it’s not surprising that oil and gas stocks are falling today. The move could have been bigger, but as I mentioned the value of oil did recover later in the day.

Oil and gas companies have done a good job pulling back their capital spending to improve profitability in 2022, but that doesn’t mean the trend will last. Commodities are still subject to supply and demand forces and right now supply is increasing. If a global recession hits it would be bad for demand. That’s what investors have on their minds today.