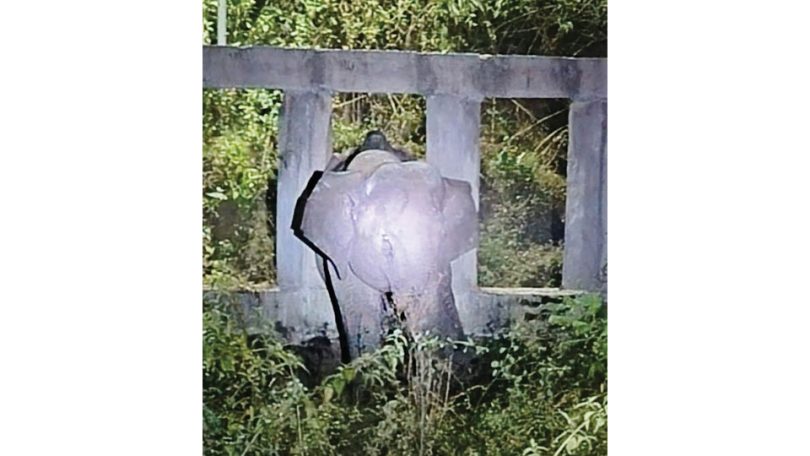 Kushalnagar/Madikeri: A wild elephant, which was stuck in a cement barricade at Tondur village near Kushalnagar on Friday night, has been freed by the Forest Department in a four-hour operation.

The cement barricade was constructed by the Forest Department to prevent wild jumbos from entering the village coming under Anekaadu Reserve Forest limits on Kushalnagar-Suntikoppa Main Road.

Unable to free itself, the elephant began to trumpet and the villagers who heard it, alerted the Forest Department officials. The Forest staff brought an earth-excavating machine to free the elephant but other elephants tried to attack them, thus disturbing the rescue operation.

Left with no other options, the Forest staff poured edible oil mixed with detergent on the barricade and on the portion of the elephant’s body that was stuck, to make it slippery.

Finally, the elephant wriggled itself free. The elephant then tried to attack the Forest staff, who managed to flee to a safe distance. Later, the elephant joined other elephants and walked into the forest.