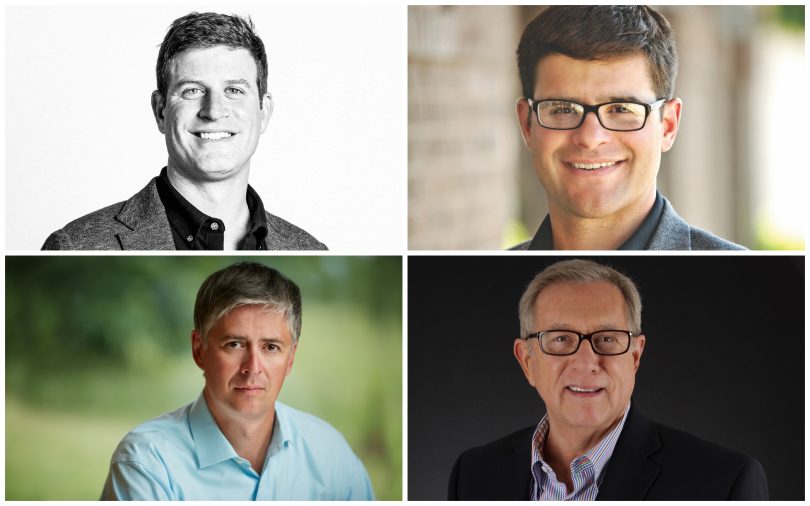 After years of red-hot real estate activity, the housing market is finally showing signs of cooling off.

Nationwide, rising interest rates, growing real estate inventory and fewer buyers are bringing about a sea change in a market that until recently felt like an out-of-control freight train. But are the days of wildly high prices and 12-buyer bidding wars over, or is this slowdown just a fluke? And just how much of an exception will popular markets like Traverse City be, if and when the economy dips into a recession?

Ticker: Where will the U.S. real estate market be one year from now?

Platt: I spoke with two of our top agents this week and they both mentioned the same thing: ‘I feel like the market is changing daily right now.’ This is new, and I find it exciting. A section of buyers just got put out by the increase in interest rates, but there is still a ton of cash out there. We also have a large segment of sellers who wanted to sell and are concerned they’ve missed or are missing a phenomenal seller’s market. Finally, a recession will and should happen in the next 12 months; we need a reset for a variety of positive reasons.

Pearsall: We think that it will be about 8-10% slower than the current market for homes sold. Values should be higher, but by a smaller percentage – maybe in the 4% range with some markets, a small decline in others. Some hot markets may see a larger increase: South and Southwest stronger, Midwest and higher-priced West Coast, slower. Lifestyle markets will continue to benefit from workers being less tied to a job location, in places like Austin, Charlotte, Phoenix, Seattle and northwest Michigan. Those areas will outperform less-desirable markets, like Chicago, Detroit, New York and Los Angeles.

Ford: I believe the U.S. real estate market will be very healthy in 2023. We should expect mid-to-high single-digit appreciation, as opposed to 16-18% appreciation like we saw in 2020 and 2021. Interest rates are going to fluctuate based on inflation, which should fall from the 9% rate that we all experienced over the past year (which was) the highest rate in the past 40 years.

Ticker: What about the TC market? Are we insulated from a potential crash, or are we in for a rude awakening?

Platt: Overall I would say that we are insulated, just as we were the last time we had a recession. Our market will have changes, but the intense desirability of this region will help us tremendously. Our housing stock in the five-county region was very high pre-COVID, when the pandemic hit and changed how we live, potentially forever. In June of 2020, the five-county region had approximately 1,600 residential homes on the market. In June of 2022, there were approximately 800 residential homes on the market, of which only 556 are available and not pending a sale. For a more historical perspective, only five years ago, in 2017, we had approximately 2,300 properties on the market. And if you look back 10 years, we had about 3,500 on the market. So, although the market is changing, inventory levels are still historically low. Until that changes, demand will continue to be high.

Corbett: Most economists and housing experts are not anticipating a housing crash in TC or elsewhere. The 2008 housing crash is still fresh in the minds of many homebuyers and sellers, but today’s market is different. Lending standards are tighter due to lessons learned and new regulations enacted after the last crisis. We do believe TC is insulated to substantial price swings, compared to many other parts of the country due to the strong demand and low supply. The demand will continue to be strong because people want to live here – especially retirees, young families and the work-from-home generation. Supply will have a hard time catching up to demand because there is not enough inventory or new builds.

Pearsall: Northwest Michigan is largely insulated from large value drops. We do think there will be a reset from the record activity of 2020 and 2021, but we do not anticipate much if any value reset. Even during the Great Recession, northwestern Michigan home values did not drop like other markets. Homes tend to be less leveraged and less susceptible to financial pressures to sell, keeping prices more stable. That said, with the great flood of interest for the region during the pandemic – and the resulting reduced inventory – the number of home sales have recently declined and will continue to do so, probably down 6-7% over the next 12 months from the current pace, which is already off 10% or more from peak 2021. This is still good real estate activity, considering the incredible record pace of the last two years. There is some thought that the market of homes priced over $1 million may cool as out-of-state demand slows.

Ford: I don’t see a crash coming because there have not been a ton of sketchy mortgages written over the past 10 years like there were in 2008, 2009 and 2010. A housing bubble also occurs when there is a gluttony of inventory and that is certainly not the case here.

Ticker: What is the biggest problem facing the local market: not enough affordable homes, short-term rental issues, too many vacation homes and second homes, or insufficient inventory?

Platt: Inventory. When our economy tanked in 2008, a very significant amount of our construction labor force left for jobs. A lot of those people didn’t come back. Houses weren’t being built for a lot of years. That is a very difficult situation to recover from and it will take a long time for us to catch, if ever.

Corbett: Inventory. The nation is still suffering from a housing shortage that has reached crisis proportions at a time when many millennials are reaching the age when they start to consider homeownership. That’s likely to keep prices appreciating.

Pearsall: Inventory. Even though demand has slowed, there is still a constant trend of lifestyle moves to northwest Michigan. As a result, inventories are below demand levels, particularly for the mid- to lower-priced markets.

Ford: Inventory. There are not enough home starts to keep pace with household formations. Builders are booked with custom jobs, and the low-inventory market – along with inflation – has caused prices to soar.

Ticker: If you had to give one ‘big idea’ that you think could help solve the area’s real estate challenges long term, what would it be?

Platt: Stay realistic and keep the desirability factor in mind about where we live. This is an absolute paradise for a lot of people and it always has been. For the last 30 years, the question has been, ‘I really want to live there, but what will I do to make a good living?’ That question isn’t as relevant as it used to be. If traffic during Cherry Festival gets on your nerves, take a vacation to our lovely Upper Peninsula and take a step back in time. Traverse City and the surrounding area aren’t going to grow less or become less busy. This area is going to grow. Period.

Corbett: The answer to a lot of our local challenges – real estate and otherwise – is density. We need more people to be able to live in and around TC. The primary hindrance is the lack of affordable housing. The only real solution is to have zoning laws that encourage more density – including taller buildings, more homes per acre and ancillary dwelling units.

Ford: I try not to use the word recession, because it has a negative connotation. But the actual definition of a recession is just two quarters consecutively where GDP goes down. I don’t want to say that’s going to happen, but everything is pointing toward it. And is that the end of the world? No, it’s not the end of the world. With a recession, I think interest rates will be driven down, and I think that’s going to bring some balance to our market.

This story is excerpted from a longer feature in the August Traverse City Business News. To read the full feature and to receive your own print copy every mont, subscribe here.