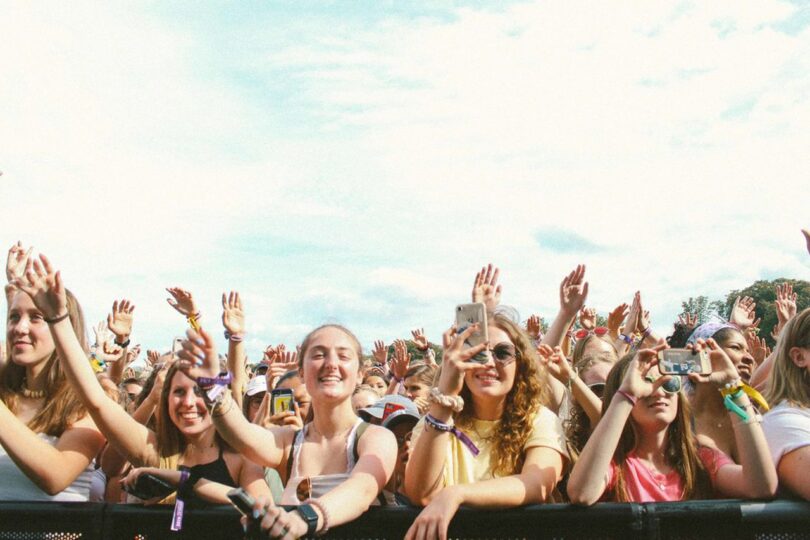 
KIRTLAND, Ohio — While the live music industry was at a standstill for much of 2020 and the start of 2021, the Elevation Festivals team was busy planning for WonderStruck music festival.

Postponed and later canceled in 2020, the event was set for July 24-25, 2021 in the hopes that coronavirus vaccines would be underway and pandemic protocols would lift in time for the event.

That timing ended up working out, and WonderStruck placed itself as one of the first major music events in Northeast Ohio following lifted COVID-19 restrictions in May. So, face masks won’t be required for festival attire — and social distancing won’t prevent crowds from gathering in front of the stages at Lakeland Community College. And unlike some music festivals around the globe, vaccines and negative COVID tests won’t be required for entry.

The worldwide festival scene remains fraught, even here in Ohio. Some festivals, like Nelsonville Music Festival and Sonic Temple, canceled their 2021 events altogether due the pandemic, but others decided to go on as planned.

Alive Music Festival took place July 15-18 at Atwood State Park with no face mask requirements, but a six-foot social distancing recommendation between parties. The Country Fest also took place the same weekend, with no mask or social distancing requirements in place. Inkcarceration is set for Sept. 10-12 in Mansfield, Ohio, with vague safety measures outlined on its website.

WonderStruck — and its September sister music festival in Columbus, WonderBus — are a big part of the 2021 music festival landscape in Ohio. And after a very abnormal year, WonderStruck aims to return to normal, pre-pandemic festival fun, building off of its first four years of existence as LaureLive at Laurel School’s Butler Campus, from 2016 to 2019.

“It’s busy. Not only are we doing 12 months of work in about four months, but we’re also entering a new site for the first time,” Young said. “So, while everything is on schedule, set and ready, it’s a truly busy time for all of us at the Elevation Group.”

FROM LAUREL TO LAKELAND

After separating from Laurel School in 2019, Elevation Group landed its new festival location at Lakeland Community College in 2020. The outdoor grounds, near an I-90 exit, offer easier access for drivers and onsite parking — along with more space for festival crowds.

“Where at Laurel, we had a long, thin site from south to north as you entered, Lakeland is more of a square site,” Young said. “It’s not long and skinny; it’s basically a big square. We’ve had to reconfigure how we’re positioning stages and making sure that sightlines are good. The site is really cozy.”

It’s cozy, but big. Lakeland Community College offers 400 acres of space for WonderStruck to utilize with three stages, a vendor area and food offerings from Lago East Bank chef Fabio Salerno, who also crafted the culinary options at LaureLive in 2019.

When it comes to COVID, attendees can mainly expect some extra sanitization measures and a partnership with GermX hand sanitizer company — along with a Lake County general health district mobile clinic offering COVID-19 vaccines near the entrance to the festival grounds.

Young estimates that 25,000 attendees will show up for the festival over its two days. (Tickets are still available for WonderStruck at wonderstruckfest.com.)

In those two days, 28 artists will perform on three stages, capped by a few impressive headliners. On Saturday, hit-making rock bands Walk the Moon and Third Eye Blind will headline, and on Sunday Grammy-winning pop-rock band Portugal. The Man and indie-pop stars AJR will wrap up the festival.

But ahead of those shows, plenty of other eye-catching acts will hit the stage — including multi-instrumentalist showstopper Trombone Shorty, “You Broke Me First” singer Tate McRae and the catchy sunshiney pop artist Dayglow.

So will lots of Cleveland artists.

This year, Northeast Ohio-based artists make up a big chunk of the lineup: Detention, The Floorwalkers, The Vindys, Sarah Bailey, Jack Harris, .wavrunner, Jon Caryl, Brent Kirby and Londin Thompson are all set to perform. Cleveland native KennyHoopla was also a late addition to the festival lineup, after Noah Cyrus dropped off due to a scheduling conflict.

For Bailey, WonderStruck marks her first major performance. The musician, who was recently selected to work as a Rock & Roll Hall of Fame Resident Rocker, also released her self-produced debut album “13” earlier this year. Bailey will perform at the festival on Saturday.

“This is my first real performance, which is crazy to even say,” Bailey said. “My first time performing my own songs with a band who I’ve been practicing with, who learned all of my songs — it’s my first huge performance with my own music.”

It’s a big moment for Bailey, especially after the past year.

“It feels so incredible, knowing I have been cooped up for the past 15 months,” Bailey said. “Everything’s happening so fast, and I think people are super eager to go back out and do live music, go to shows. I think a really big comeback is going to happen in the music industry.”

“An important part of music and experiencing music is the people you’re around and the people you connect with. Having that type of connection with an audience and in such a big fashion like a music festival like this, I think will be a wonderful experience,” Kirby said. “The main thing is, I feel like I’m part of something special and unique. And I don’t take that for granted, especially after everything that’s happened the past year. To be able to play an event like this is really something I take to heart.”

Kirby has performed at the festival once before, when it was known as LaureLive. He performed in 2016, the event’s debut year, both as a solo artist and with his 10×3 songwriter showcase.

Now, he gets to play the festival’s first year as WonderStruck, after getting a call from Young — who he considers a close friend.

“I definitely feel special. I feel honored,” Kirby said. “I think it’s really important, and they understand it, too, that having homegrown Cleveland bands on the bill is a really important thing to have.”

Cleveland’s music community has been an big part of WonderStruck’s management over the past year. Young said that many ticket holders kept their weekend passes from 2019, rolling them over into the 2021 festival. That helped the festival maintain some of its earnings from the canceled event.

Tickets are still available to purchase online, ranging in price from $115 for single-day general admission tickets, to $499 weekend VIP passes (with discounts available for kids under 10 years old).

Excitement for the festival has been palpable, Young said, especially following the absence of live music due to the pandemic.

“Postponing, canceling, whatever you want to call it that took place in 2020, was devastating on many levels… It was mentally, physically and economically devastating. So, we’re all thrilled to have the opportunity to be back presenting live events,” Young said. “I think the thirst for live music and entertainment, given the fact that we’ve all been effectively locked down the last year and a half, is at an all-time high.”

You can find more information about WonderStruck at wonderstruckfest.com.

Get a jumpstart on the weekend and sign up for cleveland.com’s weekly “In the CLE” email newsletter, your essential guide to the top things to in Greater Cleveland. It will arrive in your inbox on Friday mornings – an exclusive to-do list, focusing on the best of the weekend fun. Restaurants, music, movies, performing arts, family fun and more. Just click here to subscribe. All cleveland.com newsletters are free.