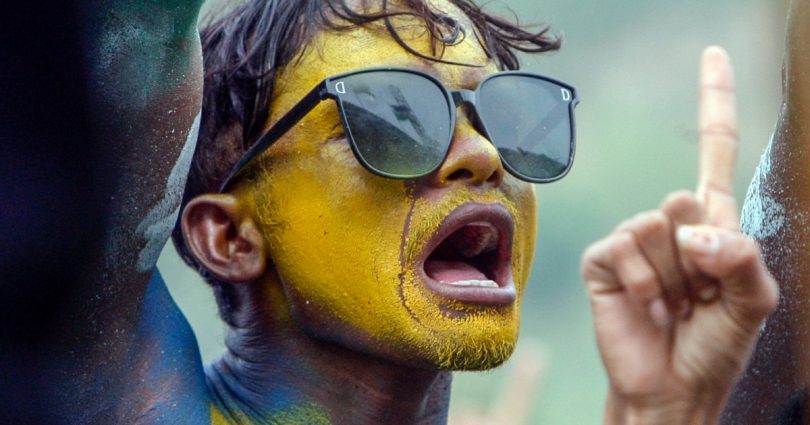 Jakarta, Indonesia – East Timor, the first state established in the 21st century, is commemorating the country’s two decades of independence from Indonesia on Friday, with the inauguration of Jose Ramos-Horta as its next president.

The young country is a young nation – its population of some 1.3 million people has a median age of just 20.8 and Ramos-Horta, a Nobel Peace Prize winner who was also president once before, faces the challenge of creating jobs for its young citizens.

Officially known as Timor-Leste, the country was a Portuguese colony for centuries, but after the Timorese declared independence from Portugal in November 1975, Indonesian forces invaded and annexed the country.

Following the fall of Suharto, Indonesia’s authoritarian leader, 78.5 percent of Timorese voted for independence in an August 1999 United Nations-administered referendum.

After a brutal separation Timor eventually became a sovereign nation in May 2002.

Timorese analyst and researcher Berta Antonieta, based in the capital Dili, says most citizens, including those currently in the government, were experiencing a “nationwide trauma” as they lived through the Indonesian occupation in which tens of thousands are thought to have died.

But despite the conflict of the past, the country has emerged as one of Southeast Asia’s most vibrant democracies.

“To manage a country while having this generational trauma, I think we did extremely well,” 30-year-old Antonieta told Al Jazeera.

“There are so many good people in Timor-Leste that actually care about this country.”

Al Jazeera asked four Timorese youths – born after the 1999 referendum – about their impressions, concerns and hopes for their homeland.

Born in Dili to a Timorese father from Manufahi and an Indonesian mother from East Java, Romario Viegas Francisco Marcal is now a second-year civil engineering student at a public university in the capital.

Besides being an undergraduate student, he has been publishing videos on his YouTube channel Romario Gajog since November 2021.

With more than 9,000 subscribers and more than 650,000 views, all his videos are in Indonesian – one of two working languages in East Timor besides English. Tetun and Portuguese are the country’s official languages.

“I mostly use Indonesian because many [people] who watch my YouTube are from Indonesia, and there are also many Indonesians who want to know [about Timor-Leste],” the 20-year-old told Al Jazeera.

“I want to strengthen relations between these two countries.”

Inspired by Indonesia’s late president and prominent engineer BJ Habibie – who allowed the 1999 referendum to proceed – Marcal wants to take part in improving connections between the country’s various regions.

“If Timor-Leste’s technology advances in the future, I am sure overall development will definitely happen in Timor-Leste,” he said.

Jerry Liong dreams of creating a website or a smartphone application that promotes East Timor to the international community.

But the Dili-born 19-year-old, who graduated from a private Portuguese-medium high school last year, told Al Jazeera he plans to study information technology at a public university in Indonesia’s Bali province because technological education back home is “not that advanced” and “still far behind”.

The United States Agency for International Development is working to improve telecommunications infrastructure, which it says represents a “key binding constraint on economic growth opportunities and future investments”, noting the industry is also “unregulated” and vulnerable to cyberattack.

Liong – whose ethnic Chinese parents were born in East Timor – wants to return home to Dili after finishing his undergraduate studies.

He plans to run a shop offering cell phone accessories and repair services, but he worries it will be difficult to compete and get customers’ attention after seeing many similar businesses run by mainland Chinese economic migrants.

Yet, he says, “the potential for Timor to progress is greater”.

He also wants to make mobile games later in life.

Jenifer Octavia Tjungmiady is currently in her second year of senior high school at an international English-language school in Dili.

The 16-year-old – whose Indonesian-Chinese father is from East Nusa Tenggara and Timorese-Chinese mother is from Viqueque – started her YouTube channel Jenifer Octavia Tjung in August 2017. She now has more than 6,000 subscribers and her videos have notched up some 174,000 views.

Tjungmiady’s videos cover a variety of subjects – from East Timor’s education system to the Portuguese language. She created the account to practise her Portuguese while making friends from the Portuguese-speaking world and beyond.

“Many are surprised that, in Asia, there is a Portuguese[-speaking] country,” she said. Most Asian nations were British, French and Japanese colonies.

Meanwhile, Tjungmiady, who was born in Dili, wants to study industrial engineering in Germany, hoping East Timor will develop more homegrown industries and factories and eventually export its goods overseas.

“Until now, Timor-Leste is still very dependent on imports,” she told Al Jazeera, adding food items in the country were mainly from Indonesia.

According to the Observatory of Economic Complexity, a data visualisation platform for international trade, East Timor’s imports reached some $622m in 2020, with the country buying products from petroleum to rice and cement. Indonesia was its largest import partner that year – followed by China, Singapore, Australia and Malaysia.

Originally from Manatuto on the north coast and currently living in Dili, Levilito Das Neves Baptista is passionate about justice and human rights and is in his final year as an undergraduate.

Baptista dreams of reconciliation among citizens in the wake of his country’s bloody past.

“It is really hard to [achieve] reconciliation between the Timorese who voted for Indonesia or autonomy [and independence],” he said, referring to some 94,000 people – out of a 438,000-strong electorate – who in August 1999 chose to remain part of Southeast Asia’s largest nation.

The country was engulfed in violence after the referendum, and more than 1,000 people were killed. Indonesian forces and pro-integration militias destroyed much of the territory’s infrastructure in a scorched earth operation.

For now, the 22-year-old – who wants to become a lawyer in the future – and 12 other Timorese have set up the youth organisation Asosiasaun Juventude Hakbi’it Justisa Timor-Leste “because people in Timor do not understand the laws that we have”.

The association aims to educate citizens on how laws work and their rights as citizens.

Eventually, Baptista sees his country as “a little sunshine in Asia”. He adds it is inclusive, diverse, multilingual and multicultural – with a multilayered history.

“The greatest pride of being a Timorese child is its history,” Baptista told Al Jazeera, adding how the past has made the national mentality “very different” from other nations.

“We grew up with our grandparents as Portuguese, our parents as Indonesian and we as Timorese,” he said, referring to how older generations grew up in different eras. “Something that we hope is [for people] to be together.”