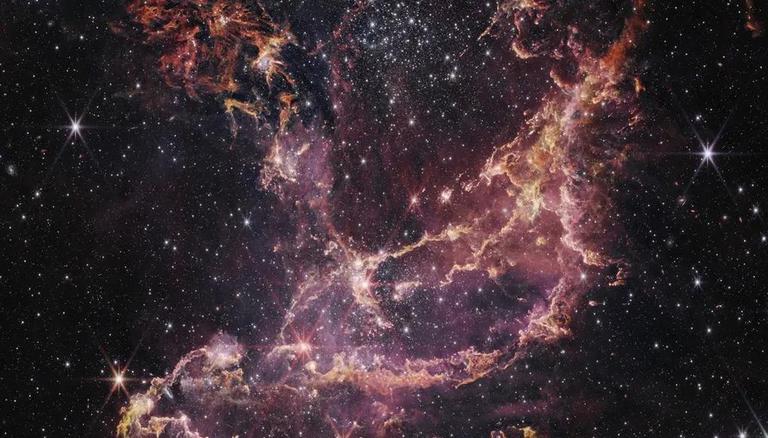 A new image from the James Webb space telescope could well reveal the story of how the first stars were formed only 2 or 3 billion years after the Big Bang. The image is of the star cluster, which is expected to be more than 10bn years old. Known as NGC 346, the telescope-captured image consists of a star cluster, 200,000 light years from Earth.

The cluster which is in the Small Magellanic Cloud (SMC) has captured the attention of scientists as it resembles the conditions of the early universe when the star formation had reached its summit.

Dr Olivia Jones, who is the lead author of a paper featuring the images and the Science and Technology Facilities Council’s Webb fellow at its UK astronomy technology center told The Guardian, “This is the first time we can detect the full sequence of star formation of both low and high mass stars in another galaxy. This means we have far more data to study at high resolution, offering us new information on how the birth of stars shapes their environment and even greater insight into the star formation process.”

The protostars, which comprise the NGC 346 cluster, are studied by scientists to further understand the star formation process. They are basically clouds of gas and dust in space developing into stars.

“The scientists could have potentially clinched the clue of not only the process of how stars are formed but also that of how planets take shape,” said Guido de Marchi, a co-investigator on the research team, who is based at the European Space Agency, reported The Guardian.

The JWST launched into space on Christmas Day 2021 can take images of objects too old and distant and which can’t be taken by the Hubble space telescope. JWST is the largest optical telescope in space. It beamed hi-resolution images of distant galaxies billions of years ago. The telescope also captured an image of the giant Jupiter, showing the planet’s moons, weather patterns, altitude levels, cloud covers, and auroras.