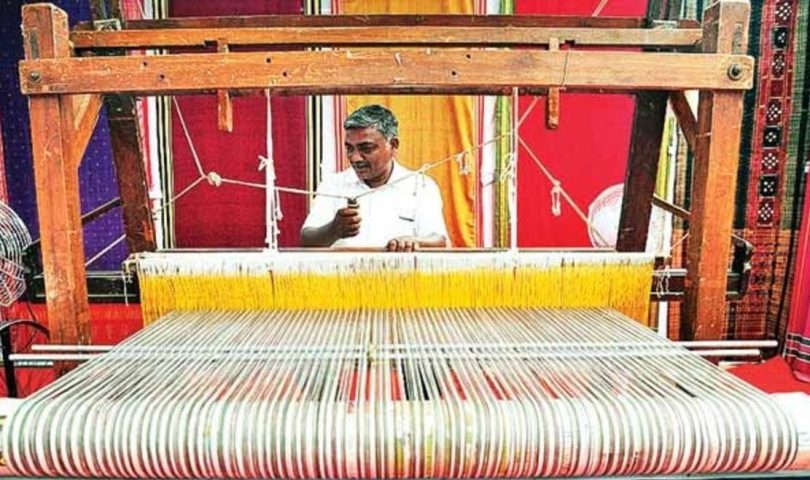 The Yogi Adityanath-led Uttar Pradesh government’s move to boost the textile industry will benefit 5.5 lakh weavers in the state because they will no longer have to rely on conventional electricity, and their income will not be reduced as electricity rates rise.


With Chief Minister Yogi Adityanath providing grants to powerloom weavers for the establishment of solar power plants, the textile industry in Uttar Pradesh is set to grow, while weavers’ profits will increase due to lower power consumption costs.

It is worth noting that the Yogi government has taken significant steps to assist weavers and maintain competitiveness in the global textile manufacturing sector, including this initiative.

Weavers will be given grants to set up solar power plants to run their units under the ‘Chief Minister Weaver Solar Energy Scheme,’ with women weavers receiving special benefits. The UP government’s initiative will benefit thousands of weavers in Varanasi, Prime Minister Narendra Modi’s constituency, which is famous around the world for its Banarasi saree.

Banarasi sarees are popular everywhere, from Bollywood to Hollywood. However, power outages can have an impact on both production and weavers’ income.

The grants will be made available under the Chief Minister’s Weaver Solar Energy Scheme, according to Arun Kumar Kuril, Assistant Commissioner of Handloom and Textile Industries of Varanasi Zone. “For general powerloom weavers, the government will give 50 per cent of the total cost of the solar plant. The remaining 50% or additional amount will be borne by the beneficiary himself or through a bank loan,” he said.

The Yogi government, on the other hand, will provide a grant of 75% of the cost of a solar power plant to SC/ST powerloom weavers, with the remaining 25% borne by the beneficiary himself or through a bank loan. Solar power plants with capacities of up to 10 KW will be proposed by the Zonal Level Committee, while those with capacities greater than 10 KW will be proposed by the State Level Committee.

He stated that at least 10% of women weavers will benefit from the scheme as well. In Uttar Pradesh, there are a total of 2,50,000 powerloom units in operation, supporting 5,50,000 weavers. The Chief Minister Weaver Solar Energy Scheme has been assigned to UPNEDA as the executive body.


Take this quiz to test your knowledge on how much you actually know about the harvest festival Lohri.
Take a quiz