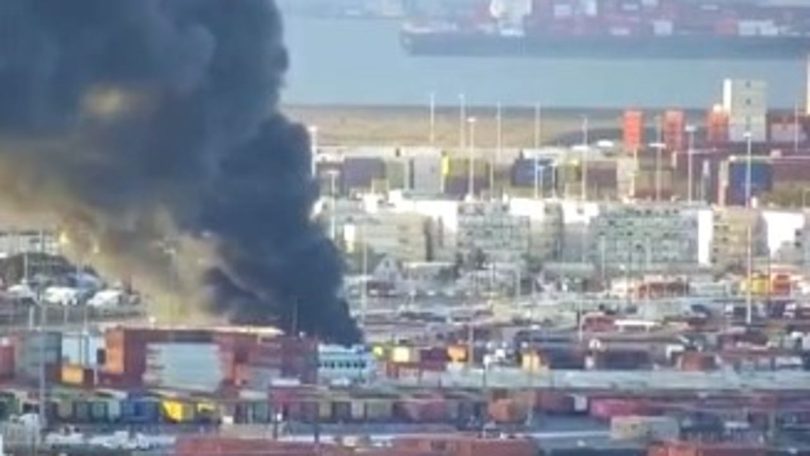 Authorities tweeted around 8:30 a.m. that crews are at 14th and Maritime calling it a “well involved” fire.

Smoke could be seen throughout the Bay. Many took to social media to share videos of the huge black plume of smoke.

Authorities did not say how the semi trucks caught fire or if anyone has been injured.

Initially one crew was sent to the fire, but soon after other workers were called to help, officials said.

This is breaking news and will be updated when we have more information.