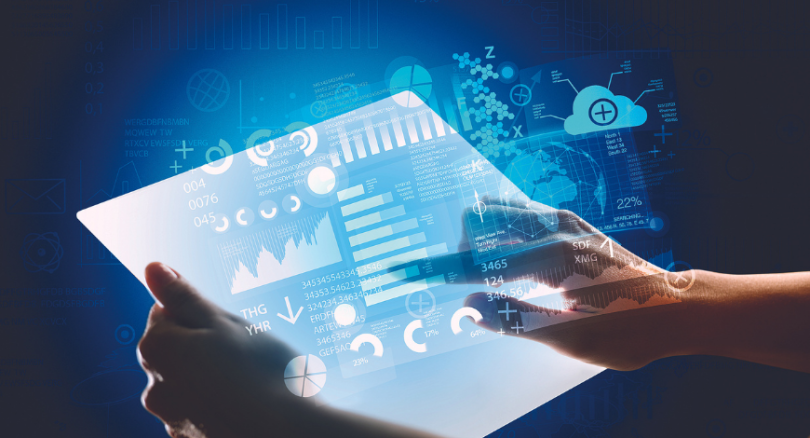 The year 2022 would be remembered for being anything but a ‘tech bull’ year, unlike the two previous years, as global economic headwinds prevailed and slammed most companies in the sector with an unanticipated slowdown. Global tech giants such as Meta lost over 60 per cent of its share value, while Alphabet and Amazon shares tanked by 40 per cent and 50 per cent, respectively.

While the effect was relatively tapered on the Indian side, significant share value drop was observed locally too. For instance, Infosys, one of the best IT companies in the world, still saw its share value shed 20 per cent of its worth in the past one year, while the number one tech company of the country, TCS, saw a drop of over 16 per cent.

But there were certain landmarks observed in tech – purely from the innovation and adoption standpoint – in India. The biggest news came in the form of the commercial rollout of 5G at the IMC 2022. Further, India Stack has begun to take noticeable shape that promises to augment economic well-being of the country by delivering some trailblazing technologies such as Open Network for Digital Commerce (ONDC) and Account Aggregator (AA). These innovations in the form of ‘digital public goods’ were even hailed by Microsoft Chairman and CEO Satya Nadella during his recent visit to India. He even referred to them as “magic”.

Focus on Digital Infra and Skilling

Despite India’s promising stance on technology and ‘digital’, a lot remains to be done to augment the digital-first approach that the country is taking to become a $5-trillion economy. Although the upcoming Union Budget for the current fiscal year on February 1, 2023 is likely to focus on controlling inflationary pressures, measures are required to support development which will enable more people to leverage the power of ‘digital’.

“The government’s focus on digital skill development and its alignment to IT and tech sector needs to be the focus in this year’s budget as well. Money needs to go to talent development and digital skilling, including schools and universities,” says Prakash Balasubramanian, Executive Vice President and Global Head, Engineering Practices and Delivery, Ascendion.

Balasubramanian believes that this can be achieved by putting a great deal of focus on improving digital infrastructure and internet penetration in Tier-2 and Tier-3 cities and help them emerge as the future technology and digital talent hubs in India.

Speaking at an event in November 2022, Wipro Chairman Rishad Premji called for initiatives to rapidly build India’s already formidable digital pool, which can come from beyond the Tier-1 cities. “Today, the conversation is all about finding and accessing the best talent to build new models for relevance in the digital economy,” Premji said.

He added that the country had a large number of highly skilled young workers and the largest number of engineers in the world. But instead of going to where the talent is, the country and Industry was forcing talent to migrate to big cities where the jobs are, which was putting a huge strain on infrastructure of

big cities, pushing the cost of living higher and hurting the environment, in addition to greatly limiting the talent pool.

The Government of Karnataka has taken forward-looking steps already to reach talent beyond big cities by setting up new technology clusters in Tier-2 and Tier-3 cities, far from Bengaluru as a part of the Karnataka Digital Economy mission. The clusters in Mysuru, Hubballi-Dharwad-Belagavi and Mangaluru are expected to contribute over $10 billion towards tech industry of the country, employing over 10 lakh individuals by 2030.

Bigger such initiatives are now needed all over the country to bridge and support the digital talent, wherever it is present in India.

While companies such as TCS, Infosys, HCL Tech and Tech Mahindra have long affirmed their positions for being the propellers of the tech sector globally (back-end or otherwise), the surging number of startups within India have been the quintessential rocket fuel, driving the digital technology revolution in the recent years.

Since 2016, the number of startups in India have grown 90x encompassing the areas of fintech, edtech, healthtech, logistics, retailtech and more. They have also grown in scale to branch out internationally. The innovation boom from the startups, despite the current ‘funding winter’, is expected to continue. And it needs help from the Union Budget 2023.

The National Association of Software and Service Companies (NASSCOM), the trade association of Indian IT BPM industry, has a few recommendations (see chart).

A recent study on the economic impact of India’s taxation framework for virtual digital assets (VDAs) revealed that there has been a shift of cumulative trade volume of about Rs 32,000 crore from domestic centralised virtual digital asset (VDA) exchanges to foreign ones, during Feb-Oct 2022. The study highlighted that a cumulative volume of Rs 25,300 crore was offshored within six months of the current financial year from the Rs 32,000 crore. Additionally, the total trade volume contributed by Indians on foreign centralised VDA exchanges was about Rs 80,000 crore between July and October 2022.

This means that the tax policy implemented by the Centre has led to offshoring of domestic business and liquidity to foreign VDA exchanges.

These numbers were reported by Esya Centre, a New Delhi-based technology policy think tank, which analysed the impact of three events on the centralised virtual digital asset (VDA) industry in India, announced on 1st February 2022 during the Union Budget 2022-23: (a) a levy of a flat 30 per cent tax on gains from VDA trade applicable from 1st April 2022; (b) a levy of 1 per cent tax deducted at source (TDS) on transactions above Rs 10,000 from 1 July 2022; and (c) the provision disallowing the offsetting of losses applicable from 1 April 2022.

The study further said that implementation of the 1 per cent TDS had the most distortionary impact out of the three tax measures/events, as Indian VDA exchanges lost up to 81 per cent of their trading volumes in three and a half months between 1 July and 15 October, following the levy.

But that’s not all. The study also observed that many Indian VDA users are switching from domestic centralised VDA exchanges to foreign counterparts (approximately 17 lakh users switched in the period analysed), a trend visible starting Feb 2022 (i.e., following the Union Budget announcement).

BW Businessworld asked CoinSwitch Co-founder and CEO Ashish Singhal on what he expected from the Union Budget 2023. “As the Union Budget session approaches, it is important that the taxation of cryptocurrencies is balanced in a way that protects users, supports legitimate Indian startups, and serves the requirements of the regulators,” he says.

“Last year, India made progress in clarifying the tax treatment of income from cryptocurrency investments by defining virtual digital assets (VDAs) and specifying when taxes should be applied to them. However, that was the only positive development. There is scope to refine VDA taxation,” Singhal adds.

The leading Indian crypto founder said that implementation of a 30 per cent tax, 1 per cent TDS and no provision to offset losses, has led to a decrease in trading volumes. “It is making the markets illiquid, and investor sentiment is running low. Some consumers sought to avoid these taxes by foraying into grey markets, exposing them to the risk of offshore regulatory issues,” he says.

He further says that the current structure defeats the purpose of the tax policy and believes that the aftereffects take away India’s competitive edge for crypto at the global level.

“Consumer funds moving to offshore exchanges to explore ‘economical’ ways of investing not only hurts the consumers’ protection but makes the tax policy regressive. A progressive tax structure will not only restore consumer sentiment but also bring in revenue for the government,” Singhal concludes.

Going by the developments in the VDA space since Union Budget 2022, the case is extremely strong to make some thoughful changes to the taxation framework around VDAs and we hope that the government is listening.