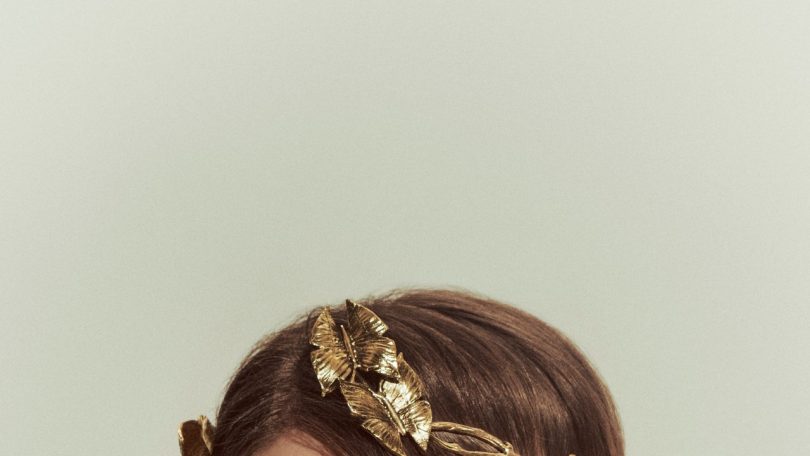 What spurred her imagination in this collection was not the bewitching orange and blue symmetry of the Kallima inachus butterfly’s top wing. Instead she was drawn to its brown, textured underside that, complete with veins and midrib, resembles a dry leaf and allows it to disguise itself from prey by blending in with surrounding foliage. In her hands it becomes a bold statement necklace, a 3D creature that ripples with texture and can as happily be displayed on a mantelpiece as worn round the neck.

The collaboration with Goossens, says Klossowska de Rola, was born initially out of a mutual respect for one another’s work. “Their craftspeople have such great know-how and I love that their pieces reveal the hands that made them,” she explains. She initially carved her designs in wax at her home studio in Switzerland, before handing them over to the Goossens goldsmiths to be realised in metal.

That home just happens to be the storied Grand Chalet, an enormous wooden 18th century former hotel in which she was raised by her painter parents, French father Balthus and Japanese mother Setsuko Ideta. Balthus died in 2001 but Setsuko still lives with, and works alongside, Klossowska de Rola today, and it is her mother’s belief in the Shinto religion – with its respect for nature and belief that everything has a soul – that her daughter credits with inspiring much of her own work. They share their home with with Klossowska’s husband, photographer Benoit Peverelli, their two children and – you won’t be surprised to hear – an ever-expanding menagerie of animals, including a serval, or African wildcat, and a wolf dog that is 95 per cent wolf. Not everyone would feel comfortable living with such unpredictable creatures, but to Klossowska de Rola, it is an endlessly inspiring privilege. “I love the way they look at me, it’s like having a silent conversation.”