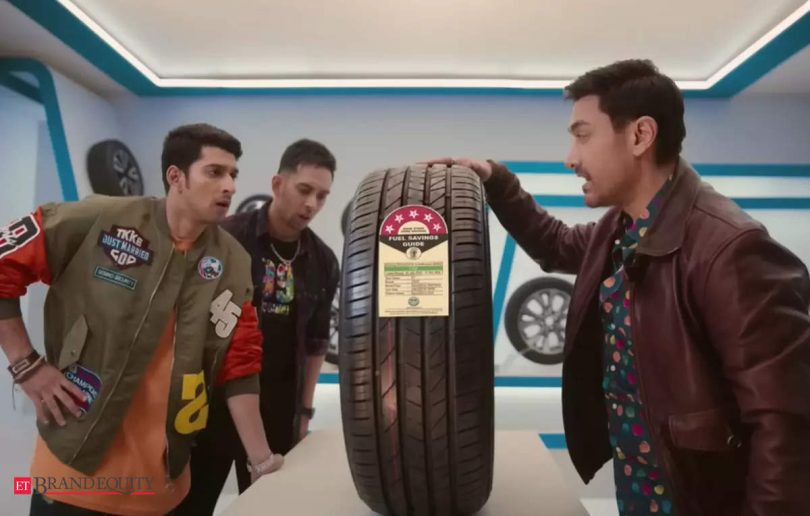 Conceptualised by Ogilvy India, the TVC talks about how most youth are looking for stylish tyres which give their ride a masculine, cool look. Through the TVC, Khan educates the consumers to look for 5-star BEE rating tyres instead, to ensure a safe drive.

The star rating is akin to the Energy Efficiency stars for consumer durables in the country and allows the consumer to be empowered in their buying decision, enabling them to do away with misconceptions such as broader tyres, softer tyres, aesthetics, etc., while choosing a suitable tyre, the company said in a press statement.

The campaign is visible on all knock-out matches of the footfall world cup on Sport18 HD, SD and Connected TV. The campaign has been amplified on digital platforms such as Youtube, Facebook, Instagram, In-shorts and TeamBHP, the statement added.

Lakshmi Narayanan B, chief marketing officer, CEAT Tyres, said, “Delivering a unique proposition, we intend to drive greater awareness among consumers on the need to use BEE-rated tyres for their vehicles. As the government has taken the initiative to bring this system to the world of tyres, at CEAT we believe in being the forebearers of such valuable changes for the consumer.”

Rohit Dubey, executive creative director, Ogilvy, said, “Simple things are the toughest to crack and we’re glad we could. We tried to address the tyre purchase reasoning in a simplistic fashion. We locked in on this approach keeping the logistics and star’s strengths in mind. Also, with Khan, one doesn’t just get a star on board, one gets an extremely evolved creative mind who loves to collaborate. He would highlight the dialogs that could do better, the places where the beats could be, and many other aspects. All in all, a wonderful synergy. We are sure that this campaign will make a positive difference to the brand.”

The Thanda Matlab Coca-Cola series was the coming together of several slices of life in the hinterland that combined together to result in an uber-cool campaign.

The Titan campaign featuring Aamir Khan broke the norm of one watch per customer to usher in a concept of matching watches with every outfit.