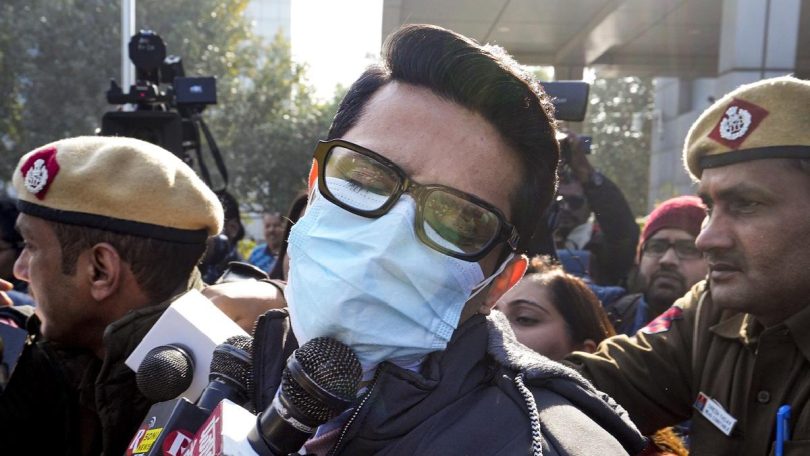 In a surprise U-turn, Shankar Mishra, the man accused of urinating on an elderly woman co-passenger on an Air India flight in November 2022, told a Delhi court on Friday he did not commit the offensive act.

“I’m not the accused. There must be someone else. It seems she herself urinated. She was suffering from some disease related to prostate, which several ‘Kathak dancers’ seem to suffer from. It was not him. The seating system was such that no one could go to her seat. Her seat could only be approached from behind, and in any case the urine could not reach to seat’s front area. Also, the passenger sitting behind the complainant did not make any such complaint,” Mishra’s counsel told the judge.

The claim by his lawyer, made for the first time since the sordid event unfolded on an Air India New York-New Delhi flight on November 26 last year, flies in the face of denunciation of the accused by some of the co-passengers and even a string of WhatsApp exchanges he had with the victim woman which suggested the unsavoury incident indeed took place.

Shankar Mishra’s counsel says – the complainant woman’s seat was blocked. It wasn’t possible for him (Mishra) to go there. The woman has a problem of incontinence. She urinated on herself. She is a Kathak dancer, 80% of kathak dancers have this issue.

The counsel for the accused made the submission before Additional Sessions Judge Harjyot Singh Bhalla while arguing against a Delhi police petition seeking revision of an order passed by a magisterial court denying police his custodial interrogation.

Senior advocate Ramesh Gupta, appearing for Mishra, accused police and the press of turning the case into a joke.

“The first complaint was made by complainant a day after the incident. What was the claim? To refund. That was done by the airline. The police and press have turned this case into a joke… Was this case so big, was it a murder case that they reached Bangalore to arrest him and called him an absconder. He was removed from job,” the defence counsel said.

Arguing for fresh custody of the accused, the prosecutor told the court that Mishra’s interrogation was required to establish the sequence of events.

“His family members tried to contact….accused tried to evade. We also need to find out whether he had consumed anything else before boarding the plane, and how did he consume. Questions like where did he hide himself, why was he not appearing before the (probe) agency, need to be answered. He had switched off his phone,” the prosecution told the court.

It added after the accused used his phone for around 15 seconds, he was arrested from a guest house, where he had not even entered his name.

“We need sustained interrogation to find out who was hiding him. We are not going to use third degree,” police told the court.

The judge, however, said whatever submission he was making was not dealt with by the metropolitan magistrate.

With inputs from PTI