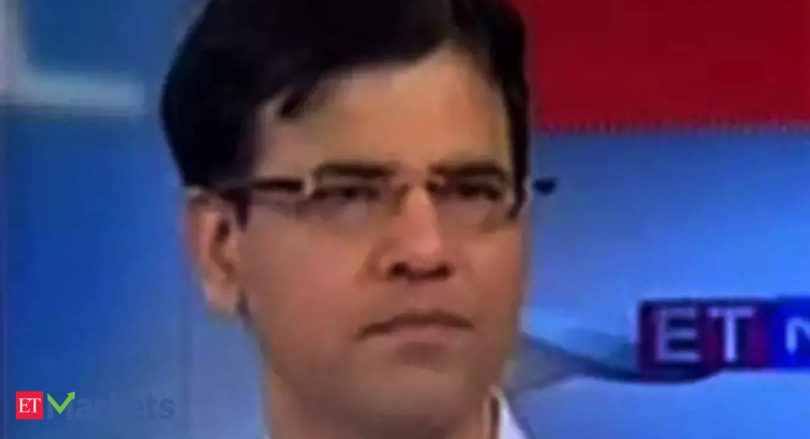 “I believe this is a time when people should hold some cash, participate in sectors as corrections happen which are more domestic cyclical rather than globally linked. Even after the correction, try and avoid sectors like technology or companies with more global linkages,” says Sandip Sabharwal, asksandipsabharwal.com

This one, there will be the FOMC meet as well and it seems the market can handle 75 bps is something that the market can handle and is already priced in, anything more than that could shake global markets further.
It is all a question of what markets can handle in the short run but we need to analyse the economic impact of in the slightly medium to longer term. I do not think that the global equity markets or other asset markets are ready for Fed Funds rate going to 4.5-5% as that will have significant repercussions on the pricing of risky assets.

It is something we need to watch out for. It is not going to be an easy time for investing in the short run because valuations as well as fundamentals are getting challenged. If you look at the way global container freight rates have crashed, it shows that a significant slowdown in economic activity is already starting globally. We need to be conversant with that and as such be cautious on the valuations of the market.

Let us get your views on Ambuja because Rs 20,000-crore fund raise via convertible warrants is going to be in the spotlight. They are going to double Ambuja-ACC capacity. As of now, they are sitting on a net cash on a standalone basis for Ambuja at Rs 3,800 crore. What do you believe could be the repercussions for the sector?
Sandip Sabharwal: All these moves provide an excellent opportunity for retail investors to book out Ambuja-ACC. I do not think these valuations are sustainable and neither are the valuations of other cement companies which have run up because of this that potentially Ambuja-ACC will buy out other small companies.

In fact, we utilised the rally which happened because of this to exit our position in India Cement which we have been holding double digits last week at around 280 level. So, this is providing a good exit to retail investors. They should not just chase the price. We need to look at fundamentals and there is a real chance of some sort of price war over the next two-three years as larger groups try to consolidate in the cement industry which will be good for consumers of course but not for the cement companies.

I guess this is a long haul, long gestation move but the logistics policy which got announced over the weekend is going to bring cost down by a significant margin aligning itself with what we see in China or other western counterparts. What is your take on some of these logistics names which ran up on Friday in anticipation of the policy announcement.
Most of these companies are small. They might or might not benefit. Let us see how the policy is implemented, etc, because we cannot believe that large Indian companies have not already worked to cut down their logistic cost.

It will have to be more to do with public infrastructure, how the speed of movement improves and how bureaucracy is reduced, etc, and it will take a long-long time so I think it is more a directional thing so it is not going to happen next year, it is a 5 to 10 year kind of view and to that extent short term moves might not sustain for beyond a few days.

What is your outlook when it comes to the RBI policy? What would you be expecting this time around as we will be taking cues from what the US Fed does later on this week?

Ideally RBI should hike at the upper end of the expectation 30 to 50 bps. I think they should do a 50 bps rate hike because the rate differential between the US and India is continuously reducing and could impact capital flows at a time when a trade deficit is running at record high levels.

We cannot rely on capital flows to sustain our entire deficit scenario. RBI will be cautious, especially given the fact that the CPI number which came out this month was 7% and much above expectations of around 6.8%. My guess is they will hike by 50 bps and continue to potentially hike more. We have to see when we reach a peak level. Both the US Fed and RBI could reach the peak of the hike cycle simultaneously over the next four-five months.

Is it going to be back to banks, back to cyclical, back to cement, because if one looks at the economic positioning, we are doing better if we do better inward looking sectors.?
The economic data in India is so puzzling that it is tough to say whether we are doing better or not, because on one hand, credit growth is at 15% which indicates that the economy should be doing well and tax collections are decent.

On the other hand, look at IIP data on the first normal month of comparison. For July, the growth was just 2.4% and so it is tough to say how much better we are doing overall because inflation obviously has some impact on the ground but my limited point is this kind of outperformance in a globally integrated market normally will not sustain whether we are entering into a decoupling zone which has never happened in the past and it is going to happen this time.

If someone is betting on them, then it is fine. I believe this is a time when people should hold some cash, participate in sectors as corrections happen which are more domestic cyclical rather than globally linked. Even after the correction, try and avoid sectors like technology or companies with more global linkages.

For example, if you want to play auto, it is better to play domestic autos from M&M, Maurti,

etc. rather than try to play globally-linked companies like , which will see a severe pressure on top of the pressure they have already been seeing in the past.

Mahindra & Mahindra has been a success story. They decided to bet only on SUVs and that has done exceptionally well for them. is now trying to make a comeback. Could Diwali and Dussehra do wonders for the stocks because booking starts today?
They should do well simply because of the fact that the margin improvement in the auto companies will be so significant that even if interest rates impact volumes to some extent, we will still see very good profit growth for most of these companies.

Maruti is pretty well placed. It is not very well moved also among funds. Even Mahindra & Mahindra after the run up is not very well owned. I would still think that these stocks will continue to attract investor interest over the next two-three years.