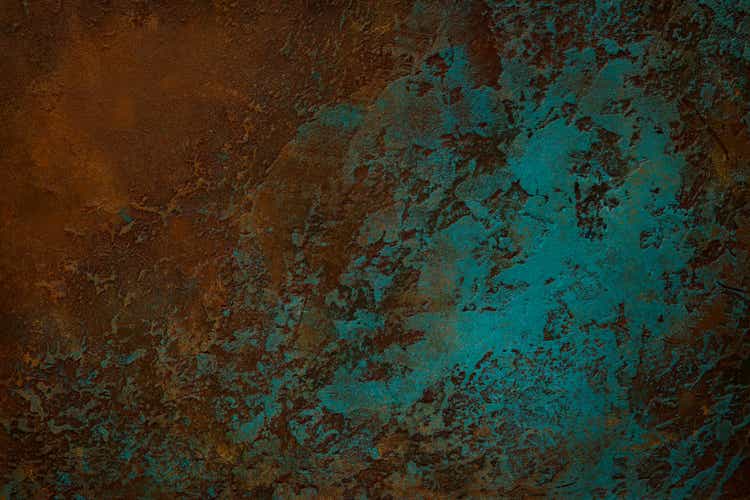 Anglo American (OTCQX:AAUKF) (OTCQX:NGLOY) has suffered less than the rest of the market despite commodity exposure. We are a little worried about the retreating of the commodity cycle as tackling inflation becomes top priority for monetary authorities. PGMs are a concern due to China mobility exposure for the time being, but also consumer durable exposure in general for the longer term. Coal could retreat depending on political factors around energy. Copper and diamonds should be alright, and iron ore has things going for it, but on balance, systemic risks still affect a company like Anglo American which have buoyed on the commodity boom. We don’t feel it’s a particularly compelling moment to buy, much like the rest of the market.

As a UK company, Anglo doesn’t report on a quarterly basis, but it does give us a production report that tells us what is going on with its key commodities. Production volumes have been broadly hit in the double digits due to weather conditions with the exception of diamonds whose production grew by 25%.

Diamond prices, which are not reported, should be directionally positive as they emerge from the depression of the pandemic and remain industrially necessary for their niches and otherwise exposed to strong wealthy end-markets. PGMs are suffering at the moment, partially by the drop-off in automotive demand in China as supply chain issues cause problems and mobility is restricted, also coming off recent highs spurred by the risk of the sanctioning of Russian supply. Metallurgical coal is up more than 3x as the energy crunch persists, with the Saudis abnegate us from about 20% of their available supply.

Copper is strong for more sustainable fundamental reasons, still rising, and nickel is also strong due to speculation, while iron ore gives some ground as well YoY, but is up from FY figures including its precipitous drop from strong early quarters.

The issue we have with the Anglo American picture is that throughput is coming in more troubled times. PGMs have already suffered on slowed automotive demand, including supply chain issues, but also the gassing out of pent-up COVID-19 demand and reduced Chinese mobility. With emission standard increases in China being a factor for PGMs, the reduced mobility for the time being serves as a bit of an annoyance in support of prices, as it defers upgrading that people might have considered from older vehicles. Moreover, we believe that with rate increases affecting consumer durables markets like automotive that depend on consumer financing, PGM markets have a structurally challenged outlook, reflecting the effect that increasing rates should have on the buoyant commodity cycle as the monetary authorities plan.

Additionally, metallurgical coal is exposed to highly political factors. Biden will eat the humble burger to try to get Saudi supply unleashed. While it is unclear that the US, especially run by Democrats whose policies run against Saudi and other OPEC interests more definitively, have much leverage to arrive at a deal to increase supplies, the political factor remains uncertain, with new supply at the margins likely to affect oil prices quite meaningfully, and reducing the demand for coal energy. The mitigating factor for coal is its correlation to steel production, which could benefit from Chinese stimulus and reopening.

Copper remains quite robust due to sustained semiconductor demand and also the renewable push, and we believe in its relatively strong position as a commodity. Furthermore, iron ore benefits from an eventual China reopening, which is already being speculated on by steel producers who are taking off inventory rapidly and maintaining high furnace utilisation rates. But besides these two sources of EBITDA which together don’t account for more than 33% of the overall Anglo American profile, other commodities rightly look challenged as higher interest rates threaten the commodity boom.

Anglo American’s stock still trades at levels from just before the Russian invasion, the latest commodity catalyst, indicating that a structurally changed commodity environment is not being priced by markets. While we see some resilience in its commodities, we think risks are mounting and a further discount could ensue. We do not see reason to risk capital on Anglo American at the moment.