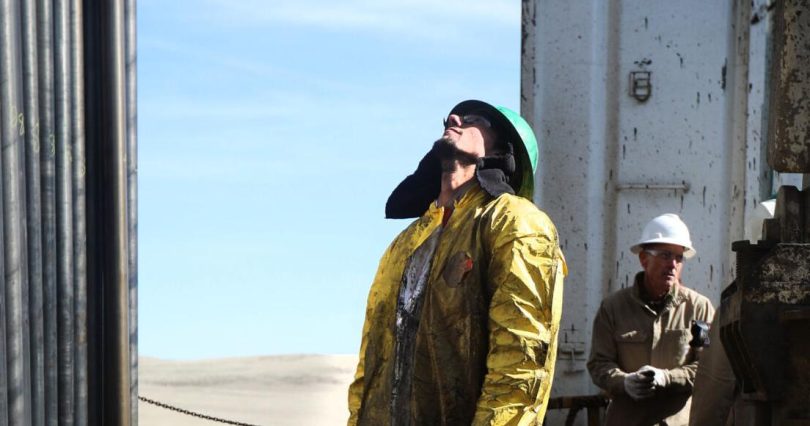 At least one industry group will appeal last week’s court order upholding the federal government’s right to postpone oil and gas leasing until it finishes evaluating the sales’ environmental impacts.

U.S. District Judge Scott W. Skavdahl of Wyoming ruled Friday that the Department of the Interior legally delayed the federal oil and gas lease sale scheduled for the first quarter of 2021 “over concerns that the associated Environmental Assessments” — a requirement under the National Environmental Policy Act — “did not satisfy recent court caselaw.”

In the narrow decision, Skavdahl focused on delineating the authority afforded to the Bureau of Land Management (BLM) by the landmark environmental law, and dismissed attempts by the oil and gas industry to contest broader agency actions.

He pointed to several cases in which judges found BLM environmental analysis inadequate and directed the agency to reconsider its offerings retroactively. That includes a trio of lawsuits, primarily over climate change, that sent the BLM back to the drawing board for almost 4 million already leased acres in Wyoming, Colorado, New Mexico and Utah.

The agency said the Trump-era review of the prospective leases — which underwent another year of study before some went to auction this June — didn’t meet those heightened standards. Skavdahl found its action justified.

“The court reaffirmed that BLM has broad leeway to postpone lease sales in order to make sure that it considers the environmental impacts of leasing. And that’s a really critical recognition because BLM’s job is to protect the public interest, including protecting the environment,” said Michael Freeman, a senior attorney at Earthjustice’s Rocky Mountain office.

Earthjustice joined the lawsuit, alongside the Western Environmental Law Center, to defend the federal government’s actions on behalf of 21 environmental groups.

The Western Energy Alliance plans to appeal Friday’s decision “based on the misapplication” of the National Environmental Policy Act, said Aaron Johnson, the trade group’s vice president for public affairs, in a Monday email to the Star-Tribune.

Its president, Kathleen Sgamma, said in a written statement that the ruling “essentially gives the government a get-out-of-jail-free card when it comes to the environmental analysis required for any lease sales,” adding that if Interior Department says it’s not done, “it doesn’t have to hold sales.”

The Petroleum Association of Wyoming, the other industry challenger involved in the lawsuit, has not yet decided whether to appeal. Nor has the state of Wyoming — the only plaintiff with complaints deemed legitimate by the judge.

Before he ruled on the two sides’ arguments, Skavdahl had to figure out what, exactly, the case was about. That part of his decision ended up disqualifying the industry groups from the lawsuit and undermining similar points made by attorneys representing Wyoming.

The day President Joe Biden took office, he signed an executive order directing the secretary of the Interior to “place a temporary moratorium” on the implementation of the federal oil and gas leasing program.

A second executive order signed a week later added that the secretary should “pause new oil and natural gas leases on public lands or in offshore waters pending completion of a comprehensive review and reconsideration of Federal oil and gas permitting and leasing practices.”

Western Energy Alliance sued over the leasing pause on the same day the second order was signed — more than a month before Interior Secretary Deb Haaland was confirmed by Congress, and before she had a chance to act on Biden’s order.

“What industry actually challenged was an indefinite and program-wide pause on the entire federal oil and gas leasing program, and that’s something that never happened,” said Melissa Hornbein, an attorney at the Western Environmental Law Center.

Skavdahl determined that because there had been no agency action at the time of the filing, Western Energy Alliance and the Petroleum Association of Wyoming, which joined later, had presented him with nothing to rule on.

“Had the secretary issued such an order, would we be in a different position? Certainly,” Hornbein said. “And it’s not clear to me how that litigation would have played out. That is not the question that Judge Skavdahl answered.”

The decision came as a disappointment — and a fresh source of worry — to Wyoming’s oil and gas industry.

“If the agency never makes the decision, then we have no recourse,” said Ryan McConnaughey, vice president of the Petroleum Association of Wyoming. “In an administration that’s goal is to delay or halt production, all they have to do is just put something in this limbo, and not actually make a decision, and then we’re just stuck.”

Though Skavdahl upheld the Interior Department’s discretion, it’s too early to be sure what the BLM will do in response to the decision, Hornbein said. But she emphasized the specificity and narrow focus of Skavdahl’s decision.

“I think that it’s inappropriate to characterize it as, like, just a carte blanche for the government to indefinitely defer all sales until the end of time,” Hornbein said. “I don’t think that would fly.”

The state of Wyoming filed a separate lawsuit in March, opposing not only the leasing pause (which still had not been enacted), but the federal government’s postponement of the first-quarter oil and gas lease sale: It is required under the Mineral Leasing Act to hold quarterly lease sales in every state “where eligible lands are available.”

Though the federal government also pushed back the second-quarter sale, Skavdahl only considered that first-quarter delay — the lone action actually taken by the Interior Department ahead of the state’s finding.

The language of the Mineral Leasing Act prompted intense debate over the difference between eligibility and availability during a hearing before Skavdahl in May.

While Mark Barron, an attorney for Western Energy Alliance, argued that it’s the federal government’s job to complete its environmental analysis on time, Freeman, from Earthjustice, told Skavdahl that the agency was trying to comply with “a complicated set of rules … that were designed to protect the public interest.”

Skavdahl concluded, to the oil and gas industry’s dismay, that National Environmental Policy Act standards must be met before federal lands can be considered both eligible and available for leasing.

According to the Petroleum Association of Wyoming, the National Environmental Policy Act is being wielded by environmental groups to harm the industry, and Skavdahl’s decision affords the federal government even more flexibility to obstruct oil and gas development.

The law was designed for “making sure that development is fostered in a safe and sustainable way, not something to outright halt all production on federal lands,” McConnaughey said.

But that interpretation isn’t holding up in court.

Environmental groups say that’s because the climate impacts of federal leasing necessitate — and have not always received — thorough consideration. And they hope the more extensive review process will force the BLM to scale back the acreage it offers for leasing.

The Petroleum Association of Wyoming wants Congress to step in to ensure that doesn’t happen.

PHOTOS: On the True Drilling rig

Get the latest local business news delivered FREE to your inbox weekly.