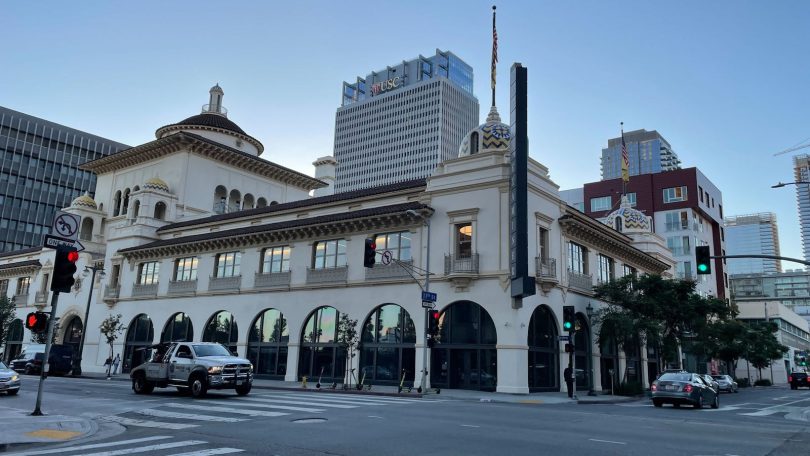 LOS ANGELES: The University kicked off a series of events Monday to introduce to its Los Angeles-based ASU community its California Center.

The space is located in the newly renovated historic Herald Examiner Building in downtown LA, which once housed the Los Angeles Herald Examiner daily newspaper. ASU announced the move into the building in 2018 and it opened last fall.

Schools such as the Herberger Institute for Design and the Arts, Walter Cronkite School of Journalism and Mass Communication and Thunderbird School of Global Management that have spaces located in the building will host welcome events in the coming week.

As students across California have struggled to get accepted into the state’s own public universities, ASU’s California Center is an effort by the University to fill the gap.

“Our mission as a public university is to serve the public wherever they are and whatever they need,” ASU President Michael Crow told the Los Angeles Times earlier this year.

Crow and LA mayor Eric Garcetti were in attendance for the first day of events on Monday.

“We’re part of a larger universe of cities, including Los Angeles, where we have great relationships, partnerships, a lot of our students come from Southern California, and we thought it was necessary for us to have a home here in California and especially Los Angeles,” said Wellington “Duke” Reiter, senior advisor to the president of ASU. “We have great connections here in Los Angeles.”

Reiter hosted a panel discussion on the original architecture of the building and improvements the University made to adjust to the schools’ and students’ needs.

“For the eighth year in a row, we were described as the most innovative university,” Reiter said. “What you’ve been walking past has been boarded up and ignored, and then seeing it turn into something different, that sort of causes you to look at the entire city differently and what its potential is and what can happen here.”

Melanie McArtor, senior associate from Gensler architectural services, was the project manager leading the renovation project for the building.

Most renovations to the historic building were to improve the decaying structure and integrity, McArtor said. However, much of the original architecture and superficial design of the building were preserved in a way that would best serve the needs of ASU students and community members who would occupy the space.

“This project saw history tax credits so we’re bringing back, or at least part of it, back to that original condition that (Julia Morgan, the original architect of the building) established,” McArtor said.

Parts of the building are still under construction, but the main learning spaces, like classrooms and boardrooms, for the University are open to ASU community members such as students and faculty.

The building will soon also house retail spaces open to the public on the bottom floor.

Kristen Apolline Castillo is the community and culture editor for The State Press. She has been working for the publication for two years, where she also reported for the desk.