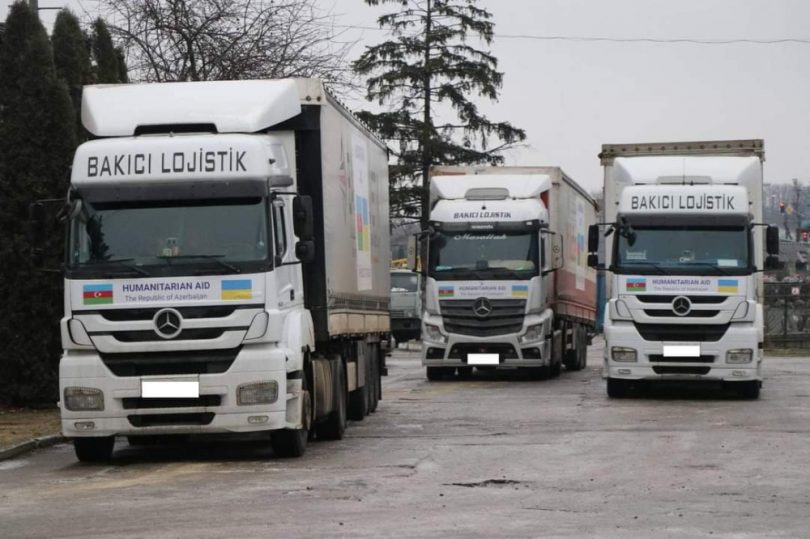 The government of Azerbaijan on Friday sent the next batch of power supply equipment to Ukraine to help the war-torn country restore the energy supply infrastructure that has been suffering from Russia’s bombardment.

The aid package includes 45 power transformers and 50 generators worth slightly more than $836,000. The first part of this package was sent earlier on December 17, Azertag reports.


“I want to personally express my gratitude to my colleague, Minister of Energy of Azerbaijan Parviz Shahbazov, for his prompt response and effective, timely support. We are grateful for your solidarity with the people of Ukraine,” German Galushenko, Energy Minister of Ukraine, said.

Ukraine has been suffering from severe electricity supplies problems due to Russia’s attacks on the country’s national power grid. The worst situation has been observed in the capital Kyiv and surrounding territories in the Kyiv Oblast, with around 10 million people affected.

Azerbaijan sent first batch of humanitarian aid to Ukraine on February 27, 2022, a few days after the Russian invasion started. The aid packages destined for Ukraine contained medicines, medical consumables, and equipment, as well as food and grocery products, and baby care products. The overall amount of humanitarian aid provided by Azerbaijan to Ukraine has already reached $17.6 million.

In addition, about 90 Ukrainian children who suffered from the war and lost their family members were brought to Azerbaijan for medical and social-psychological rehabilitation. Azerbaijan sponsored the restoration of a secondary school in Ukraine’s Irpin town which is located 21 kilometers (13 miles) from Ukraine’s capital Kyiv and was at the epicenter of a fierce Russian assault in March. The school in Irpin opened its door on September 1 after SOCAR Energy Ukraine, through which Azerbaijan’s state oil company SOCAR operates in Ukraine, completed its restoration.

The war in Ukraine is now in its 11th month. The southeastern part of Ukraine, including Donetsk and Luhansk regions, are the hot points of the ongoing war. Russian troops and private military company mercenaries from the Wagner group are attempting to seize the Soledar village in Donetsk, which they believe could be key in pushing for more achievements. On January 13, the Russian Defense Ministry announced the capture of Soledar. However, the claim is yet to be confirmed by Ukraine and international war study centers.