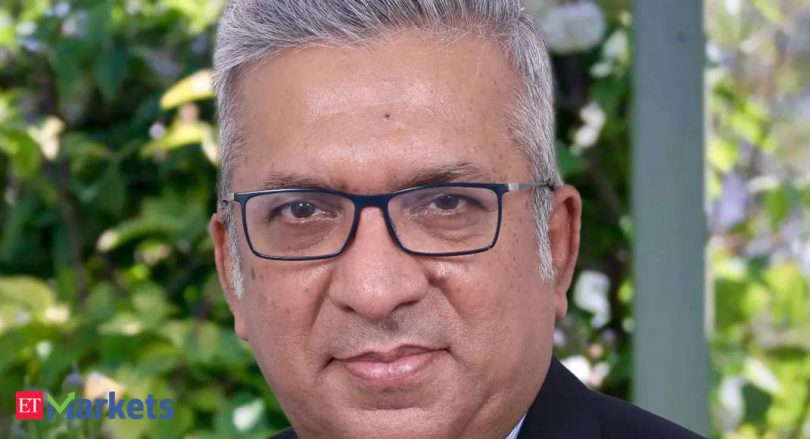 “The larger cement companies are sequentially going to see a sharp improvement as far as their EBITDA per tonne is concerned. A couple of them are going to go back to what has been their recent highs in terms of their profitability. I would much rather prefer to play through the larger names,” says Nitin Raheja, Executive Director, Head – Discretionary Equities, Julius Baer Wealth Advisors


The banking space has seen a credit growth of around 17-18%. Do you think this is going to be sustainable in the near term?
There was an expectation that a lot of this credit growth has been because of the festival season. But when you talk to a lot of bankers, it seems they are expecting that credit growth over the medium term is going to be in the range of 13-14% because 17-18% was abnormally high but that was because we had a bunching of festivals. But even a 13-14% growth is something that we can live with and it is pretty good.

What do you make of the fact that there are no NPAs in the system and banks are coming out with differentiated products to expand their NIMs. What is the sense you get about the private banks?
We are very positive about the entire banking and financial space. The space has undergone a 3-4 year pain cycle, starting with 2018 when the IL&FS crisis and the tightening of liquidity in the economy impacted banks and it was a crisis of confidence, followed by Covid, followed by moratorium and the cleaning up of balance sheets.

But the private sector banks were able to capitalise on this and were able to raise capital at the right time. They shored up their balance sheets, cleaned up their books and hence we are seeing this phenomenon where credit costs are at their lowest that we have seen in many years.

Now that credit growth is back, we are seeing an expansion in terms of the return on assets. This cycle will probably play itself out over the next few years. as India is expected to do well from an economic perspective. So I think banking, more so private sector banks and the larger private banks among them should do very well.

Some of these hospital stocks of late have been holding out quite smartly. Does anything there catches your eye?
What has really happened in the hospital stocks and why the standout is because entire business is starting to come back post Covid. A lot of hospitals had moved to vaccinations during the Covid period. But we never had elective surgeries and now that things have normalised and this is really the first real quarter of comparison over last year, we are seeing elective surgeries coming back dramatically.
Hence, the entire sector will do well and come back. That trend will continue and hospitals are poised to sort of perform well. Covid has raised awareness on healthcare and wellness and we are seeing the whole benefit of that take place.

How would you rate hospitals or diagnostics because a lot of people prefer expanding via capex while a lot of people prefer expanding via their network on an asset light basis. Some people like international business and they expand over there. How would you look at the hospital business?
The hospitals we have listed in our markets that have an international play are not really well appreciated. Those hospitals which have a large component of business coming internationally do not really get the valuations. It is domestic hospitals which are getting better valued by the markets. Primarily it has got a lot to do with visibility in terms of business and in terms of hospitals.

What has really happened is over the last few years, a lot of hospitals had gone through a capex phase and then moved as the interest rate cycle was high about a decade ago. They are moving into a more low capex model. But now again, we are starting to see new hospitals being set up and capex come into play once again with a lot of hospitals. The difference this time around is that a lot of the hospitals today are of a substantial size where they are also generating sizable internal accruals which they are able to deploy.

So that is a very big difference and one of the key matrices when you look at a hospital is the ratio of mature to new hospitals which is very much moving in favour of mature hospitals. Hence we are not seeing volatility in earnings as far as hospitals are concerned. That play is making hospitals look very interesting, again it is a business which is difficult to replicate from a competitive perspective.

On the diagnostics space, post the whole growth that we saw thanks to a lot of Covid-based testing, this is expected to be a year where most diagnostic companies are going to see some sort of negative growth led by the fact that Covid testing is no longer around and the competitive intensity has gone up as far as diagnostics is concerned.

We are seeing a lot of pharmaceutical companies’ entry into the fray. I think the larger changes which have been able to grow if you look beyond this year will probably come back. This year, optically we are not going to see earnings. But going ahead, they are all poised to benefit from consolidation that this sector should see.

What within cement is looking interesting? Would you be very stock specific going for some of the largecap names or does midcap cement as well interest you?
I think cement has gone through a lot of pain in the last six, eight, nine months, led by high power costs and their ability to pass that on has been gradual. Now as capex spending is going on in the economy, we should see all cement companies do well. But the larger ones in the sector have a better ability and as we go, they are sequentially going to see a sharp improvement as far as their EBITDA per tonne is concerned. A couple of them are going to go back to what has been their recent highs in terms of their profitability. I would much rather prefer to play through the larger names.