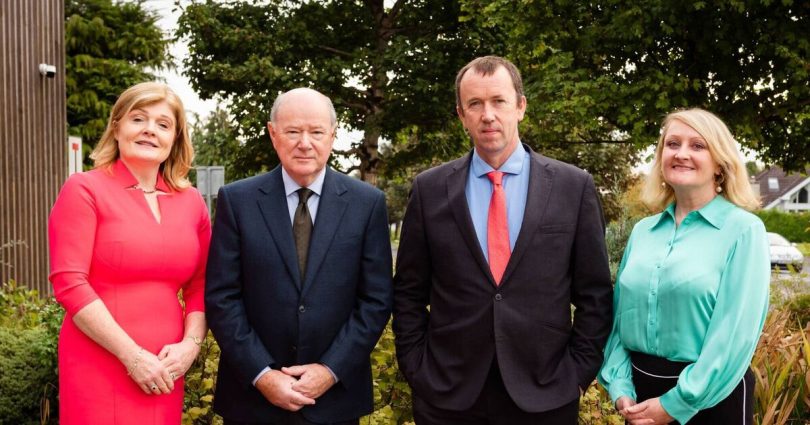 The Irish Banking Culture Board (IBCB) met with farming groups at the National Ploughing Championships this week to discuss the deficit of trust among farmers in banks.

The meeting with the IFA was organised by IBCB in response to the findings in its 2022 éist Report which highlighted an absence of trust amongst farmers in the banking sector and a requirement for urgent focus by banks to understand and meet the financial needs of farmers across the country.

When published in July, the report registered a –77 trust score for the farming community, ranking significantly lower than both the general population and SMEs. The IBCB said the findings were stark and needed to be addressed urgently.

“The farming sector clearly requires an urgent focus by banks to address very low levels of trust. Knowing the scale of the challenge being faced is the first step in addressing it,” they said.

“It is crucial that the farming perspective on banking is heard and understood so concerns can be addressed in a meaningful way. Today’s meeting was an important first step in that process,” said IBCB chief executive Marion Kelly.

“The findings of the éist survey, as it related to the farming community highlighted a significant challenge that needs to be met by banks. The perspectives provided by farmers offer an appropriate point of departure on the journey to rebuilding trust between banks and the farming community and meeting with the IFA and other relevant stakeholders is a first step in this process.”

IBCB board member and treasurer of the Irish Farmers Association, Martin Stapleton, said: “As a board member of the IBCB, I want to ensure all stakeholders are at the table so we can begin to address the findings of the éist survey with the farming community.

“The research pointed to how the obvious trust deficit can be bridged through the responses provided and specific issues highlighted by farmers, and the IBCB is keen to facilitate change. Today’s meeting is a positive first step.”

The IBCB is an independent baning initiative established and funded by AIB, Bank of Ireland, KBC Bank Ireland, Permanent TSB and Ulster Bank with the purpose of working with their member banks to build trustworthiness in order to assist the industry in regaining public trust.