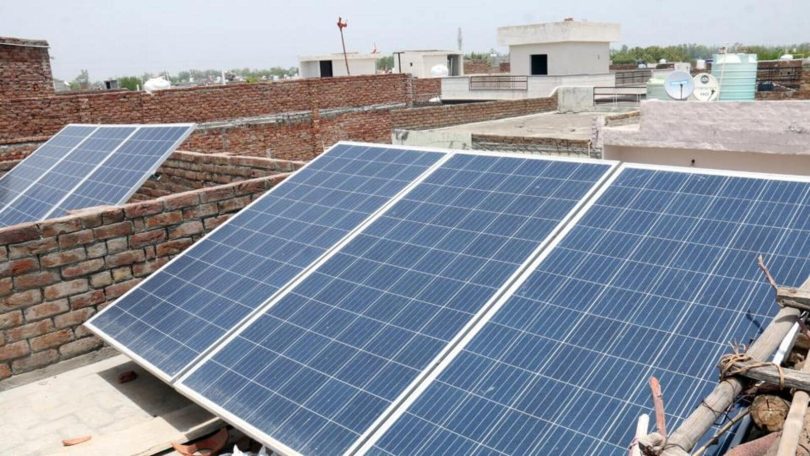 Six months after the launch of the ₹100-crore solar rooftop power project in Bathinda, uncertainty looms large over Punjab’s first-of-its-kind alternative energy infrastructure initiative as scores of these panels are lying non-functional.

The ambitious project was conceived by former finance minister Manpreet Singh Badal and rolled out in his Bathinda Urban constituency on December 11, 2021, two months before the state assembly elections. It was seen as a major initiative to bring people closer to renewable energy resources that would further provide a relief in terms of reduction in power bills.

Punjab Energy Development Agency (PEDA) was the executing agency while the Bathinda municipal corporation did the initial groundwork, including identifying the probable number of beneficiaries and handing over a list of claimants.

As per the proposal, PEDA was to install solar panels at 9,082 households in Bathinda city. However, according to sources, 1,700 alternate power generation units installed in the past six months and meant for the underprivileged sections of Bathinda city are lying idle.

Officials of both PEDA and Bathinda local body are tight-lipped over the reasons behind the delay in project execution. PEDA director MP Singh expressed ignorance over the delay whereas the agency’s additional director for off-grid rooftop solar power scheme, Jaspal Singh, declined to comment. When contacted on Tuesday, Bathinda municipal commissioner Pallavi assured to revert with details. Later, she did not respond to repeated calls and messages till Thursday.

Bathinda deputy mayor Harmandar Singh Sidhu said on Thursday that most of these units are not fitted with batteries and inverters, making them unusable. “Ever since the AAP government came to power in March, the ambitious project was completely stalled without specifying any reason. Beneficiaries are unable to use the infrastructure on which the state government had spent so much money,” said Sidhu, a Congress leader.

The Election Commission of India had stopped the installation of solar panels after the Shiromani Akali Dal (SAD) objected, claiming the project may influence the Congress candidate during the assembly elections. The project was also mired in controversy after questions were raised over the process of identifying the beneficiaries.

Officials privy to the project development said after the formation of the new government, PEDA suddenly rejected 4,541 applications and work has been not resumed for unspecified reasons. “PEDA had received more than 10,000 applications for 9,082 solar panels. More than 4,500 applications for the scheduled caste segment were approved. An equal number of claimants were rejected in March for providing invalid documents,” said the source in PEDA.