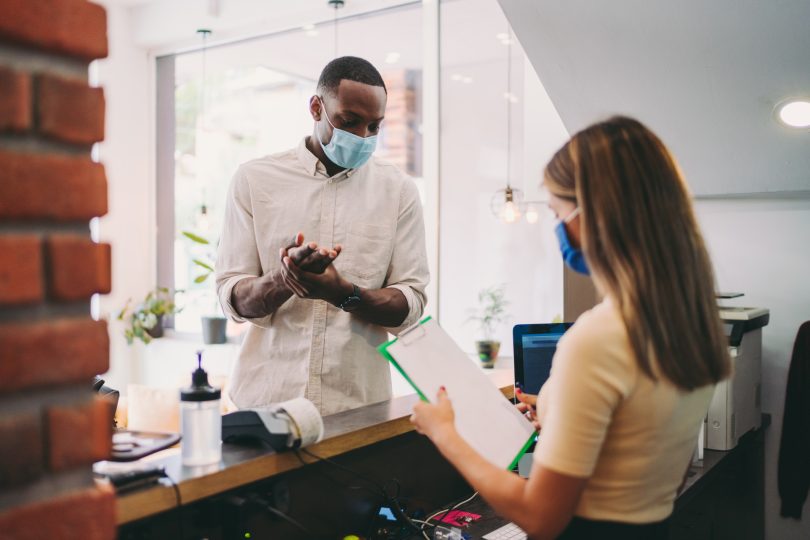 Medpace Holdings  (MEDP 1.17%) and Doximity (DOCS -0.40%) hold unique spots in the healthcare industry, with Medpace being a Top-10 clinical contract research organization (CRO) and Doximity being the best way for advertisers to reach physicians.

Both companies have sound financials, with growing revenue and earnings per share and very little debt. They appear to have good potential as long-term investments, too. But which one of the two is a better buy this year?

Medpace Holdings has more than 5,000 employees across 41 countries. It helps manage other companies’ clinical trials, providing development services to healthcare companies. The Cincinnati-based company has grown quarterly revenue by 285% over the past 10 years, and its shares are up more than 12% over the past year.

While the company has grown its customer base, its breakdown of typical customers hasn’t changed. More than 75% of its business came from small pharmaceuticals, the most likely group that would need help in managing clinical trials, followed by 16% from mid-sized pharmaceuticals and 7% from large pharmaceuticals. That’s a little bit of a concern because funding for smaller biotechs is tight — those companies’ share prices took a hit during 2022, and interest rates have gone up for smaller companies that need to raise capital.

Still, the number of clinical trials continues to grow, and the compound annual growth rate (CAGR) for the global clinical research market is expected to be 11% over the next four years, reaching $115.1 billion market by 2027, according to a MarketsandMarkets report.

The key will be if the company can continue to grow net income at the same time it is spending more on salaries.

Doximity is on the job

Doximity is a social media platform for healthcare professionals, with the company estimating that more than 80% of U.S. physicians use its various applications. It attracts healthcare professionals because its platform supplies digital tools that help them manage their practices and careers, including the ability to conduct virtual patient visits.

The company’s greatest strength is that it is the best way for advertisers to reach healthcare professionals, and subscriptions to pharmaceutical and healthcare companies grew to a record 370,000 quarterly active clinicians in the second quarter of fiscal 2023 (period ended Sep. 30).

The biggest concern for Doximity is where to find continued growth with so many healthcare professionals already using its service. It’s got a great moat, with no real competitors, but unless it can continue to grow its base of users, it will be harder for it to raise advertising rates to subscribers. However, bear in mind that even though there’s a shortage of healthcare workers and doctors are retiring every day, the overall workforce is expected to grow by 13% from 2021 to 2031, faster than other occupations, according to the U.S. Bureau of Labor Statistics.

It all comes down to price

The two companies have both had strong growth rates in revenue and EPS over the past few years, and predict similar growth in 2023 in yearly revenue. While Doximity has less competition than Medpace, the expected increase in clinical trials means there’s plenty of opportunity for Medpace.

Despite Medpace’s share increase over the past 12 months, the company’s lower profile means it trades at a more attractive valuation, roughly 34 times earnings, than Doximity, which trades at 47 times earnings. Given Medpace’s revenue forecasts for this year, unless it misses those marks, it has a better chance of continuing to see share growth this year. While its costs will likely increase as it adds employees, the slow rate it plans to do so will likely allow it to generate enough revenue to keep EPS rising.