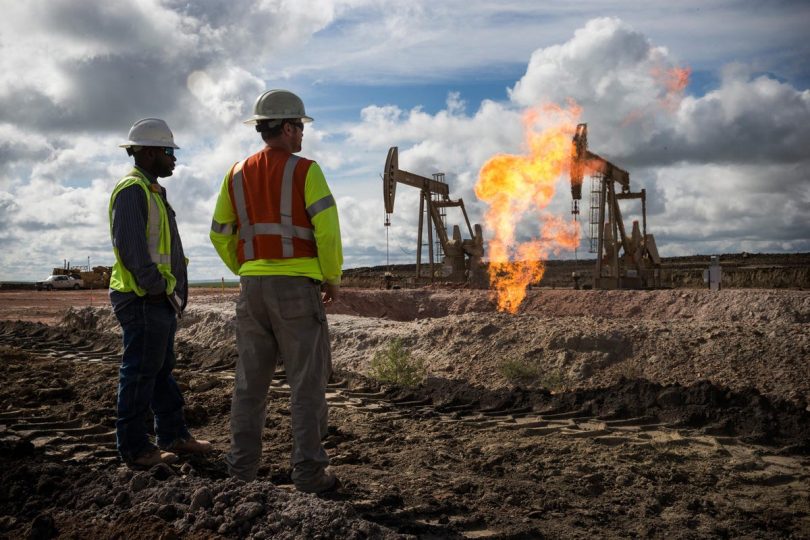 A Biden Administration effort to curb methane emissions on federal lands relies on a single phrase in the Mineral Leasing Act of 1920 that may give the administration little leverage with the courts.

The Administration is taking comments now on a proposed rule that would limit how much methane drilling companies can leak, vent, or burn off from oil and gas fields on federal lands. They would face fines for exceeding the limits.

But similar rules have been thwarted by litigation in the past, according to an analyst with the Congressional Research Service. And the thin language from the Mineral Leasing Act (MLA) poses challenges for the rule once it takes effect.

“BLM promulgates venting and flaring regulations pursuant to language in the MLA that obliges lessees to ‘use all reasonable precautions to prevent waste of oil or gas developed in the land,’” writes Adam Vann, a legislative attorney with the Congressional Research Service. “This language is the only explicit legislative guidance offered to BLM regarding venting and flaring on federal lands.”

Courts have looked at that language before, Vann said, and interpreted it in different ways. So Biden’s effort could benefit from further guidance from Congress.

“Congress can provide more detail on the meaning of waste of oil or gas and the practice of venting and flaring of federal land if it so chooses, and it has attempted to do so in the past.”

Those attempts have not succeeded. In 2015, California Rep. Alan Lowenthal introduced the Natural Gas Environmental and Economic Security Act, which would have reduced and eliminated the waste of natural gas on federal lands. It visited two committees before perishing. In 2019, Sen. Edward Markey (D-Mass.) introduced his FLARE Act to do the same. It perished in its first committee.

Congress may not see the need to steer the Bureau of Land Management’s interpretation of “use all reasonable precautions to prevent waste of oil or gas,” but Vann suggests that further legislation could clarify the language for courts that may consider challenges to it in the future.

“Congress could also choose to revise or clarify BLM authority in a number of other ways,” he writes, “including explicitly authorizing the agency to regulate emissions from drilling operators on federal lands.”

The proposed rule would require drillers to develop waste minimization plans and leak detection and repair programs, in an effort to stem escaping methane, a potent greenhouse gas. It would place caps on both the duration and volume of flaring for oil wells before the government begins collecting royalties on the wasted fuel. It would maintain a ban on flaring gas from gas wells unless unavoidable, and it would require drillers to install technological upgrades designed to reduce or prevent venting, flaring and leaking.

“Flaring is the process of burning excess natural gas at a well. Venting is the direct release of natural gas into the atmosphere,” according to the Department of Interior announcement. “While some amount of venting and flaring is expected to occur during oil and gas exploration and production operations, venting and flaring can be minimized when operators take reasonable precautions to avoid waste.”

The rule would generate an estimated $39.8 million in additional royalty revenue for the government.

“No one likes to waste natural resources from our public lands,” said BLM Director Tracy Stone-Manning. “This draft rule is a common-sense, environmentally responsible solution as we address the damage that wasted natural gas causes.”