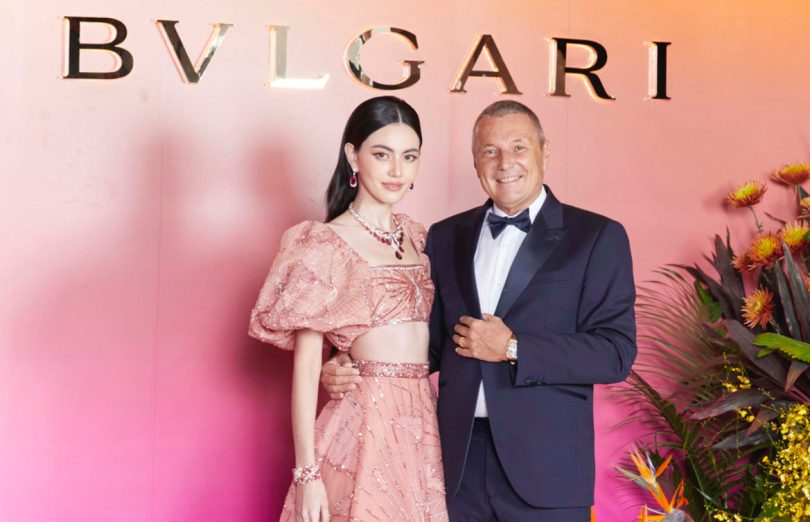 An enchanting evening unfolded at the Four Seasons Hotel Bangkok at Chao Phraya River when over 190 one-of-a-kind jewellery creations and watches – including several masterpieces from Bulgari’s “Eden, Garden of Wonders” High Jewellery Collection – were presented to a regional A-list of clients, celebrities, and media. Characterised by Roman inspiration and boundless creativity, it was an ode to nature, the very origin of the priceless and coloured gemstones that have become so emblematic of Bulgari’s opulent style.

Hosted by the brand’s Group CEO, Jean-Christophe Babin, the event kicked off with models donning key pieces from the collection at a jewellery presentation in the riverside courtyard of the Four Seasons hotel, followed by a fireworks show, and culminating into a gala dinner in the hotel’s ballroom, which was transformed into a magical wonderland.

The following day, the Riverfront Penthouse of the Four Seasons was the setting for private viewings. Here, I discover that several jewellery pieces are completely new and were not included in the original “Eden, Garden of Wonders” High Jewellery Collection first launched earlier this year in Paris. It’s a breathtaking display of the Bulgari universe, with the extraordinary wonders of nature – vibrant gemstones used in extraordinary colour combinations – conveying a stunning tribute to the maison’s legacy and reputation for creativity and unrivaled mastery.

While I am personally drawn to the jewellery pieces featuring emeralds – in both faceted cuts and Bulgari’s emblematic cabochon cut, all from Colombian origin no doubt due to their exquisite, vivid colours – the spotlight is shared by several Serpenti creations. A symbol of power and audacity, Serpenti epitomises the concept of an endless, creative transformation, shining and seducing through sinuous silhouettes and tactile textures that are perfectly expressed in the new Serpenti Fruit Garden necklace, but also through expert watchmaking. 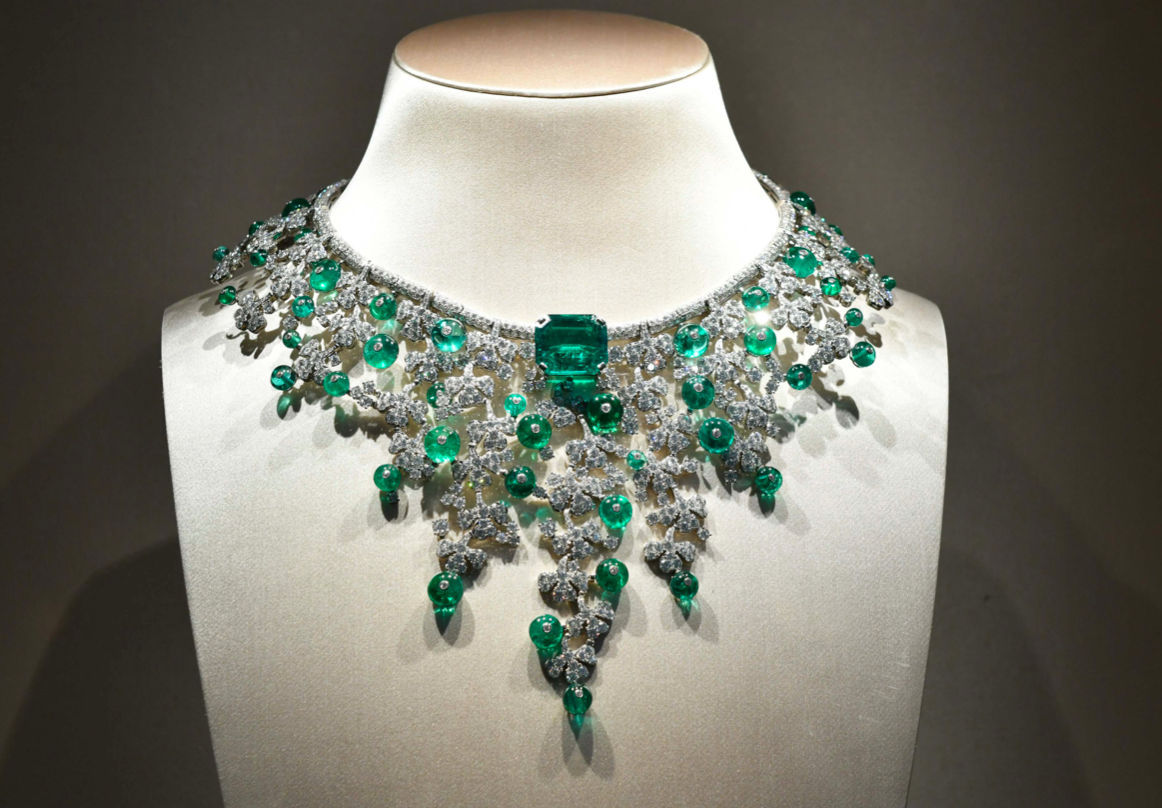 The Serpenti Misteriosi Riviera is a delicate secret watch; its dial is hidden underneath the head of the snake, while the watch offers a highly sophisticated and feminine combination of rose gold, round brilliant-cut diamonds and cabochon rubellites, evoking the forbidden fruits of a charming paradise.

A common creative theme throughout the collections is Rome – the Eternal City – that stands as an important source of inspiration for Bulgari. The brand is renowned for incorporating elements of Roman heritage to create jewellery pieces and watches that convey a bold message of Italian extravagance and vivacity. The previous day, just before the gala event, Prestige had an opportunity to sit down with Jean-Christophe Babin to talk about this symbol of eternal inspiration.

It’s been a decade since he took on the role as Group CEO at Bulgari, and he is particularly proud of the successes achieved in Asia, with Thailand being a key market. “Thailand is by no means the biggest market for us in Asia, but it certainly isn’t the smallest either. What I can say is that it is the fastest developing market in Asia in recent years, especially with regard to high jewellery.” 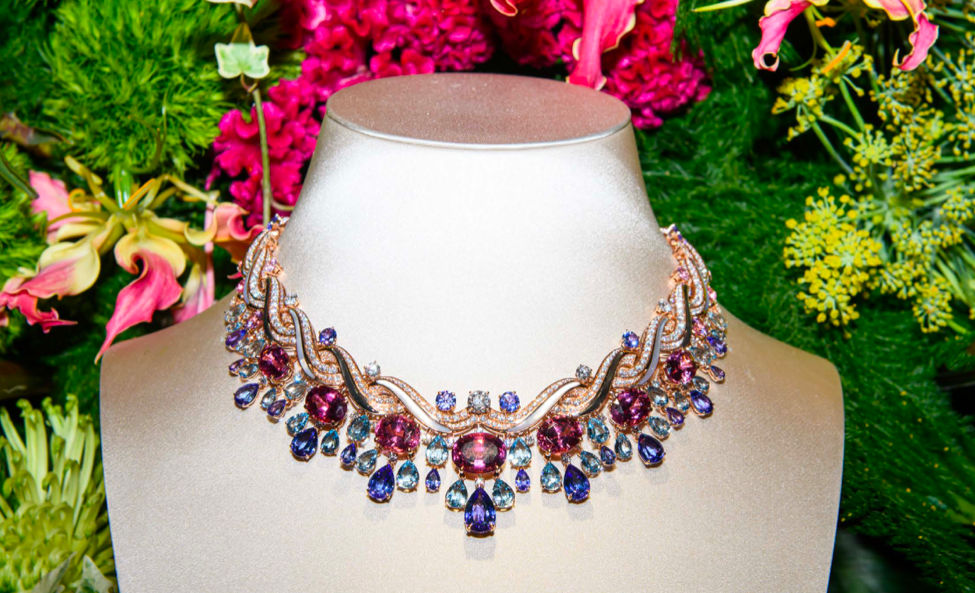 Shortly after joining Bulgari, Jean- Christophe shares, he realised that there is a very strong underlying theme at the brand: Rome. “Talking with all my creative and executive managers, I asked them why they didn’t use Rome more explicitly as a theme… Rome is a city of love, a city of beauty, a city of history, and art. I told them, your city is a jewel; it’s the only city with seven centuries of history, leading art, leading architecture, a city that has influenced and shaped the rest of the world in terms of architecture. Rome is a treasure, and Bulgari is born out of that treasure, inspired by it. Bulgari is one of the very few Roma luxury brands, so let’s really accept that Roma is our dictator. So, we decided that Roma and jewellery are unmistakably two main elements that define the brand, and that everything had to fit into that matrix: watches, bags, the Le Gemme fragrances, and even our hotels.”

This, Jean-Christophe readily admits, has been one of the two biggest contributions during his tenure. “On the one hand, to really focus creative energy and the narrative on the very essence of Bulgari, which is Rome. This is very unique and compelling – no other brand can claim such a heritage and patrimony. Secondly, my focus has been to raise Bulgari’s level of ambition, as a company. It was already big and successful with a great story and reputation, but I believed that we haven’t reached our full potential.”

How does Bulgari manage to, year after year, come up with such exquisite new collections, I ask him. Is it a case of infinite creativity, and limitless imagination and inspiration?

“Rome is probably the city with the richest source of art and architecture,” Jean-Christophe says. “We straddle so many centuries of history, different styles, and different current influences. Then we are surrounded by the Mediterranean Sea with all its beauty. So, it’s quite easy to come up with a new theme every year. This year, for example, our theme was inspired by the beautiful gardens that can be found in many palaces and mansions in Rome and around Italy. It’s all very different but also very consistent with our Roman roots. We also express the themes in different ways so that we bring novelty every year, while remaining true to the Bulgari DNA. And this DNA is all about coloured gemstones, special colour combinations, volume, and special cuts like the cabochon.”

Asked what are the key elements that make a high jewellery creation unmistakably and unapologetically Bulgari, Jean- Christophe says to be successful [in high jewellery] you need a signature. “For Bulgari, that signature is without any doubt being the master of coloured gemstones. It is our unique ability to use coloured gemstones in unexpected ways. Then, to have iconic symbols, like the Serpenti in particular, but also Diva and Fiorever – especially when used with coloured gems. The third pillar is more centered around the use of the gemstones itself, combined with other stones like diamonds which act like spotlights to make the gems even more extraordinary.”