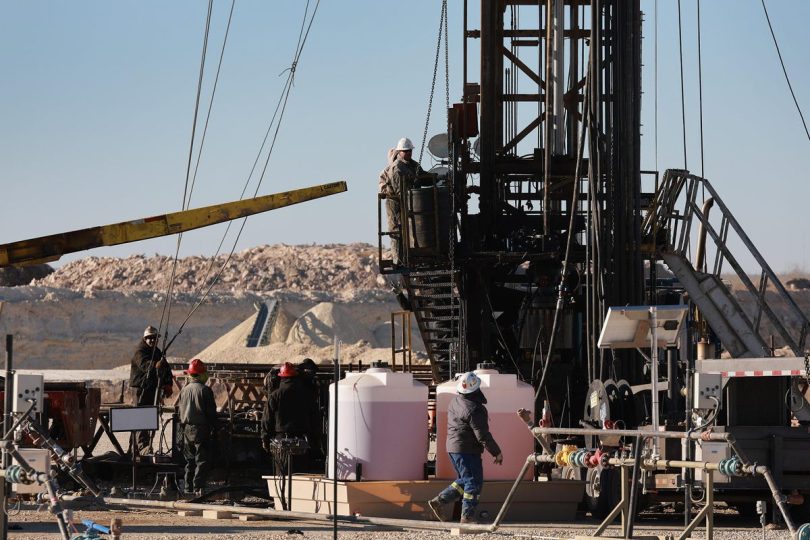 The week just past was a week during which the Brent and West Texas Intermediate prices for crude oil erased almost all the losses experienced during the first week of January. At the same time, though, domestic and international prices for natural gas continued their downward trend brought on by unseasonably warm weather across Europe and North America.

Here are some of the week’s major energy-related stories:

Crude prices jump – The rebound in crude prices saw the international Brent price sitting at $85.28 per barrel at Friday’s close, almost back to the $85.91 closing level Monday, Jan. 2. Friday’s close represented a gain of almost 9% for the week.

Continuing robust demand for oil around the globe was the driver of the week’s increase, which was enhanced late in the week by news of a strong rebound in air travel in China as that country fully re-opens following draconian COVID lockdowns.

Natural gas prices drop – At the same, though, warm weather across the northern hemisphere was the main factor causing domestic and international prices for natural gas to continue their 5-month-long fall. As recently as mid-September, the U.S. NYMEX index price stood at more than $9.00 per Mmbtu. At the close of trading Friday, it had dropped to just $3.41 despite continued strong demand for exports of Liquefied Natural Gas in Asia and Europe.

Barring an onset of much colder winter weather soon, continuing robust production of gas in the U.S. promises to keep commodity prices low for the foreseeable future.

Rig Counts hold steady – Domestic rig counts by both Baker Hughes and Enverus continued to show steady activity in the U.S. and Canada, as companies go about implementing their new drilling budgets for 2023.

Given the strong financial performance by the U.S. oil and gas industry during 2022, it is not surprising to see upstream companies holding steady on drilling budgets as the new year begins. As I pointed out in a recent piece here, the upstream sector finds itself in something of a sweet spot now after years of over-spending and financial struggles, and has little incentive to upset that apple cart by dramatically ramping up new drilling and overall production that could lead to lower commodity prices.

ExxonMobil nears refinery expansion startup – While it has been virtually impossible to convince the federal government to permit the building of new, high-capacity greenfield oil refineries for almost half a century, refining companies are still able to expand their existing facilities.

Reports surfaced Friday that ExxonMobil is preparing to start-up operations in the major, 250,000 barrel per-day expansion of its refinery in Beaumont, Texas. ExxonMobil spokesperson Chevalier Gray confirmed to me that the construction of the new unit was recently completed and start-up procedures are well underway.

Based on my own personal knowledge, such start-up procedures, which focus intently on ensuring safety and system integrity, can take weeks, sometimes months to complete. Regardless, a U.S. refining sector that has been running at very high capacity levels for months to meet demand as the country has reopened following the COVID pandemic is about to see substantial new capacity added for the first time in quite a while.

Another key step for domestic lithium supply – The U.S. Department of Energy announced Friday that it has offered what it calls a conditional commitment for a loan of up to $700 Million to support plans by ioneer to develop a major domestic source of lithium at its Rhyolite Ridge Project in western Nevada.

In an email, a spokesman for DOE responded to a question about specific conditions ioneer must meet to secure the loan by saying “The DOE does not disclose specific conditions for loan closure because this information is business confidential, but these conditions could include fulfilling particular legal, contractual, and financial requirements.”

As I’ve written previously, the Rhyolite Ridge project has been held up for several years by the U.S. Fish & Wildlife service due to a controversy over the protection of 10 acres of buckwheat that lies near the mining site. When asked about this, the DOE spokesman could not identify any efforts being made within the Biden administration to speed up this permitting process.

Regardless, this loan commitment does show progress in the administration’s effort to boost domestic supplies and supply chains of this key mineral resource.

All in all, an eventful week in the energy world, the kind of which we can expect many more to come over the course of 2023.