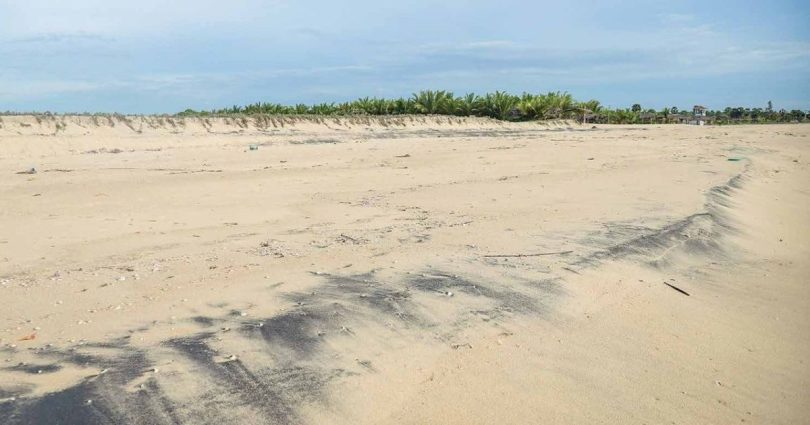 The market for mineral sands is more opaque than it is for other basic industrial commodities like copper or nickel.

In fact, the market at the moment is “very exciting,” according to Michael Frayne of Capital Metals PLC (AIM:CMET).

Capital Metals has a mineral sands development project on the east coast of Sri Lanka, with product well positioned to feed into one of the primary areas of global demand – East Asia.

Mineral sands are widely used in paint and in the manufacture of white goods, amongst other things. But for various reasons, supply is tight.

“The ilmenite market is in huge deficit,” says Frayne. Some of the big capex projects have had false starts, while demand continues to rise.”

All of which provides the perfect context for Capital Metals to be moving forward in with its Eastern Minerals project. Frayne describes this project as “very advanced,” given that the conceptual work is largely complete.

All that’s needed now are the relevant permits from the Sri Lankan government and the company can go out to raise the capital – most likely through debt or off-take finance – to get the project built.

How much is needed? – the answer, not much by mining standards.

The most recent estimates reckon it will take just US$37mln to get the project into a position where it’s cashflow positive, although further spending will still be required at that point as the staged development process continues.

And for that, you get a lot.

The plan is to produce between 150,000 and 200,000 tonnes of mineral sands products per year over ten years, an amount that’s significant enough to have several potential off-takers interested.

But Frayne is holding back on doing an off-take deal just yet. For one thing, he’s more interested in signing up end-users rather than middlemen. For another, it may be that at the point the permit arrives the mineral sands markets may even hotter.

As it stands, though, the project looks healthy enough.

The base case scenario run by the company shows the Eastern Minerals project to have a net present value of US$158mln, and to be capable of generating an internal rate of return of 56%.

That’s already on the high end for a mining project of this size, but a more optimistic scenario run by the company in which mineral sands prices were reckoned to be 24% higher put the IRR at over 70%.

How realistic is that scenario?

Well, in these times of inflation and increasing international tensions it’s hard to rule anything out.

But for now, the working assumptions based around existing price expectations serve well enough.

The expectation is that the Eastern Minerals project will generate net profits of between US$262mln over its ten year life.

And that might not be the end of it, either.

The expectation is that more resources will be proved up over time and that the overall resource base can be added to.

So, all eyes on the Sri Lankan authorities then, in regard to the issuing of the mining licence.

Is this likely to take long?

It’s hard to say, but the Sri Lankan economy has a clear need for foreign investment at the moment, and the government are keen to encourage it in.

Frayne says the operating environment is pretty encouraging, that the law is based on the English legal system, and that overall it’s a good place to be.

What’s more, Capital Metals ticks a fair few ESG boxes too, so there ought not to be any significant roadblocks thrown up on that score.

The operation is free digging and from surface. The initial concentrate will be produced using spirals and gravity separation, and then after the first 12 months of production the idea is to build a separate plant with magnetic and electrostatic drums.

So all is set fair for a potentially strong re-rating of Capital Metals’ shares once the mining permit comes in. It may even happen before that, as investors wake up to the value on offer as the company puts out further news on processing and starts to talk in more detail about off-take agreements.

The company’s net present value per share is 70p, which looks interesting when set against the current share price of 6p. That’s not necessarily a metric to bet the farm on. But on the other hand, it does point to some sort of value mismatch.