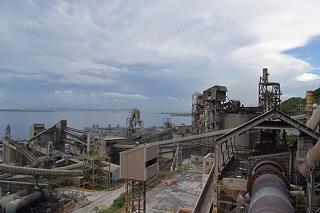 This week CEMEX announced that it has restarted its 0.5Mta kiln line at its San Pedro de Macoris plant in the Dominican Republic as part of its US$34m upgrade. While this plant will see further improvements in waste-derived fuels, additives and hydrogen technology, ICR assesses what other developments are happening in the Caribbean sector.

The mood of the Dominican Republic is best captured by ADOCEM, the cement association representing six producers in the country. Julissa Béaez, Adocem head, says, “The construction sector has really had an upturn, and that has had a very direct impact on a product such as cement, which is key to everything in the production process. It is going through a normalisation process, that is, exponential growth in construction.”

It is not just CEMEX that is expanding its presence in the region. In September 2021 Sinoma CBMI won the order for a new 3500tpd production line at the plant of Domicem (Colacem group). This US$120m investment will see the cement capacity at the Sabana Grande de Palenque plant increase to approximately 3.8Mta, making it the largest cement plant in the country. Meanwhile, the San Cristobal plant is to receive a Bedeschi reclaimer to increase its limestone reclaiming capacity from 200 to 360tph.

Jamaica
CEMEX is further exerting its market strength in Jamaica where it has been planning a US$40m project to increase capacity by 30 per cent capacity or 0.3Mta at its Caribbean Cement Co subsidiary. “We are in the final stages of the engineering phase and in obtaining permits from the local authorities,” said Fernando A Gonzalez. “Very soon we will begin to procure the equipment needed for this initial phase of the project, designed to not only expand our capacity, but also allow us to optimise our heat consumption in the manufacturing process, and therefore, reduce the carbon footprint of our cement facility in Jamaica.”

Commenting on the CCCL expansion project, Francisco Aguilera Mendoza, managing director at parent company Trinidad Cement Ltd, said, “We’re very excited about this project. The fact that we’re going to be able to expand our capacity and move from being a net importer to an exporter will be a big change.”

The Rockfort plant expansion is scheduled to be completed in the 2H24 and should make Jamaica self-sufficient in cement production as well as provide CCCL with sufficient surplus to export to other parts of the Caribbean. CCCL manufactured 1,078,964t of cement in 2021, exporting just 960t, according to the Jamaican Observer. CCCL recorded its record cement production during 2020 when it reached 940,000t output and has already invested US$154.6m in new equipment and maintenance between 2015-19.

Cement prices are increasing because of rising input costs in Trinidad and Tobago. CEMEX-owned Trinidad Cement Ltd (TCL) increased ex-factory cement prices by 15 per cent on 20 December 2021. The Ministry of Trade and Industry had expressed the view, in the Trinidad Express, that any price increase was unacceptable given that 90 per cent of the inputs for cement manufacture were local. Still, TCL increased prices by eight per cent on 17 January 2022 and by seven per cent on 17 May 2022.

“At the end of the day, the price increases have been done in pretty much all the geographies and it’s been driven primarily by the situation as these are unprecedented times that we’re experiencing. Obviously, this puts us in the position that we needed to increase prices to be able to maintain the value for our shareholders through our margins,” said TCL’s Francisco Aguilera Mendoza.

Summary
Domestic cement production in the Dominican Republic, Jamaica and Trinidad and Tobago has recorded tremendous growth in the last year. While energy and fuel costs are expected to remain high, the high-profile investment in new cement capacity is a sign that cement producers expect to draw higher revenues from the marketplace while looking to optimise plant efficiencies. Cement prices have risen and are likely to continue to advance until inflation starts to decline.