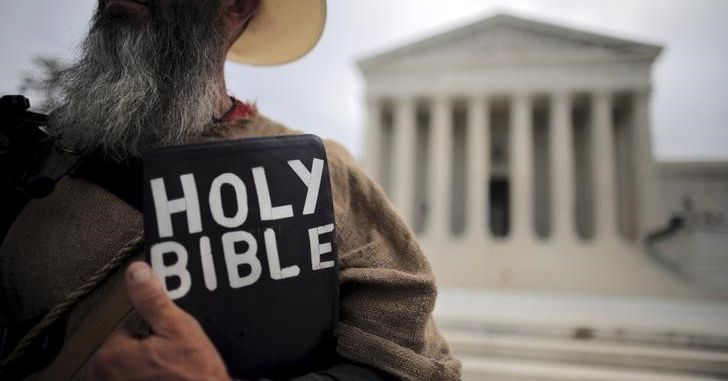 A unanimous three-judge panel of the 8th U.S. Circuit Court of Appeals agreed with a North Dakota federal judge who said the U.S. Health and Human Services (HHS) rule infringes on the religious freedoms of the plaintiffs, including a group of nuns who run health clinics for the poor and an association of Catholic healthcare professionals.

The New Orleans-based 5th Circuit came to the same conclusion in August in a case brought by Christian medical groups.

HHS did not immediately respond to a request for comment.

Luke Goodrich of the conservative Becket Fund for Religious Liberty, who represents the plaintiffs, said the ruling will protect patients and ensure doctors can follow their oath to “do no harm.”

“The federal government has no business forcing doctors to violate their consciences or perform controversial procedures that could permanently harm their patients,” Goodrich said in a statement.

The Becket Fund also represented the plaintiffs in the 5th Circuit case.

The federal Affordable Care Act prohibits sex discrimination by healthcare providers who receive federal funding, and the HHS rule interpreted that ban as extending to discrimination based on gender identity.

The Trump administration attempted to repeal the rule in 2020, but that effort was blocked by federal courts. That same year, the U.S. Supreme Court in Bostock v. Clayton County held that discrimination based on gender identity is a form of discrimination on the basis of sex.

The plaintiffs in Friday’s case had sued in 2016 to strike down the rule, but the case was stayed for most of the Trump administration. They amended their complaint in 2020 after the Trump-era rule was blocked.

Welte said applying the rule to providers with religious objections to performing gender transition surgeries would violate the federal Religious Freedom Restoration Act (RFRA). That law prohibits the government from burdening an individual’s exercise of religion.

The 8th Circuit on Friday agreed. The court said the intrusion on the plaintiffs’ rights under the RFRA was enough to establish the irreparable harm necessary to block HHS from enforcing the rule against the plaintiffs.

The panel included Circuit Judges Lavenski Smith, Raymond Gruender and Jonathan Kobes, all of whom were appointed by Republican presidents.

For the plaintiffs: Luke Goodrich of the Becket Fund for Religious Liberty and Ian Speir of Nussbaum Speir Gleason

For the government: Ashley Cheung Honold of the U.S. Department of Justice

Dan Wiessner (@danwiessner) reports on labor and employment and immigration law, including litigation and policy making. He can be reached at daniel.wiessner@thomsonreuters.com.