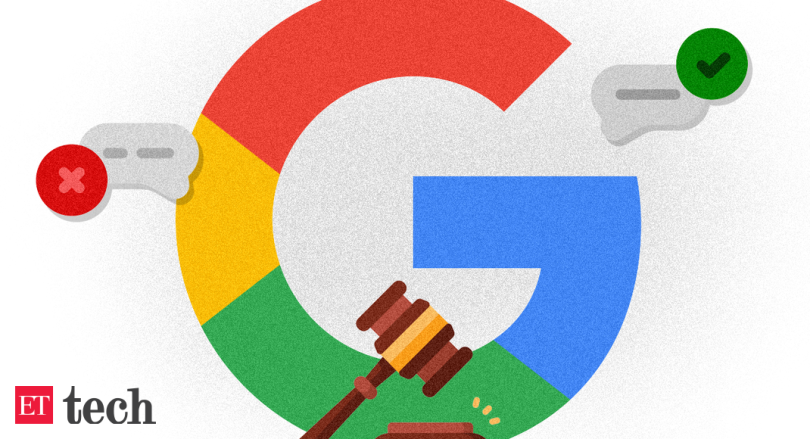 Now, the search giant has asked the Supreme Court to halt the order, saying it would cause “lasting and irreparable harm” to Google, device manufacturers, app developers, Indian consumers, and the wider economy.

Google has told the Supreme Court that the Competition Commission of India’s October 2022 order regarding Android would require it to make “far-reaching changes to the mobile platform which has been in place for the past 14-15 years” and will lead to “lasting and irreparable harm” to Google, device manufacturers, app developers, consumers, and the wider Indian economy.

The company has asked the Supreme Court to put on hold the remedial measures ordered by the CCI, which kick in from January 19, according to court documents dated January 7.

Catch up quick: In October 2022, the CCI fined Google Rs 1,337 crore for exploiting its dominant position in Android, which powers 97% of smartphones in India and asked the company to remove restrictions imposed on smartphone makers related to pre-installing apps.

Last Wednesday, the National Company Law Appellate Tribunal declined to stay against the CCI order, pointing to the two-month gap between the order and Google’s appeal in December.

One last chance: Google then petitioned the Supreme Court, challenging the NCLAT’s refusal to stay the CCI order. Google said the remedial measures issued by the competition regulator “operate entirely on speculation” and “pay no heed to the harm” they could cause stakeholders in the Android ecosystem.

Google said the CCI order would force it to modify its existing contracts, introduce new licence agreements and alter its existing arrangements with more than 1,100 device manufacturers and thousands of app developers.

“Tremendous advancement in growth of an ecosystem of device manufacturers, app developers and users is at the verge of coming to a halt because of the remedial directions,” read the filing.

Ola Financial Services has ceased lending to customers, largely blue-collar workers, through the app of a recently acquired entity Avail Finance, a source aware of the matter told us.

We tried to take a loan through the app, but the service was unavailable.

“The company stopped disbursing loans in December. Only the collection of loans will take place throughout the year, which will be completed in December 2023, as Avail offered one-year loans,” a person in the know said.

Revamp: ET has learnt that the company is working on a new lending service that will be made available to customers through the Ola and Ola Money apps.

What’s next for Ola Financial? In a recently concluded town hall, Bhavish Aggarwal told employees that Ola Financial Services will help other group entities like its cab service and electric vehicle (EV) business.

It provides services such as an e-wallet called Ola Money, enables loans for the purchase of Ola’s EVs, provides insurance products for both EV buyers and ride-hailing customers, and a buy-now-pay-later service called Ola Money Postpaid.

Fintech hobbled: The changes at Ola Financial and in the broader fintech industry come at a time when RBI’s latest lending guidelines have reduced the role of fintech firms without an active non-banking finance company (NBFC) licence to just loan services providers, putting more responsibility in the hands of regulated entities.

Flipkart Internet, the marketplace arm of ecommerce firm Flipkart, has received a cash infusion of close to $90 million (Rs 722 crore) from its Singapore parent, according to regulatory filings accessed through business intelligence platform Tofler.

Flipkart’s parent firm is domiciled in Singapore and it has several units in India for various businesses, including logistics. Flipkart Internet is one of the key entities of the Walmart-owned etailer in India.

Amazon’s troubles: The development comes at a time when its rival Amazon India has shut down multiple businesses in India, such as food delivery, edtech and its distribution units, and has fired employees from the local unit.

We reported in November 2022 the company plans to fire at least a few hundred employees in India, and reports last week said it has fired 1,000 employees in the country as part of its global layoffs.

PhonePe separation: Flipkart and PhonePe recently announced their separation after the payments firm shifted base from Singapore to India. PhonePe is raising new capital from Walmart and other investors that may see the total round size, including primary and secondary share sales, hit almost $2 billion. 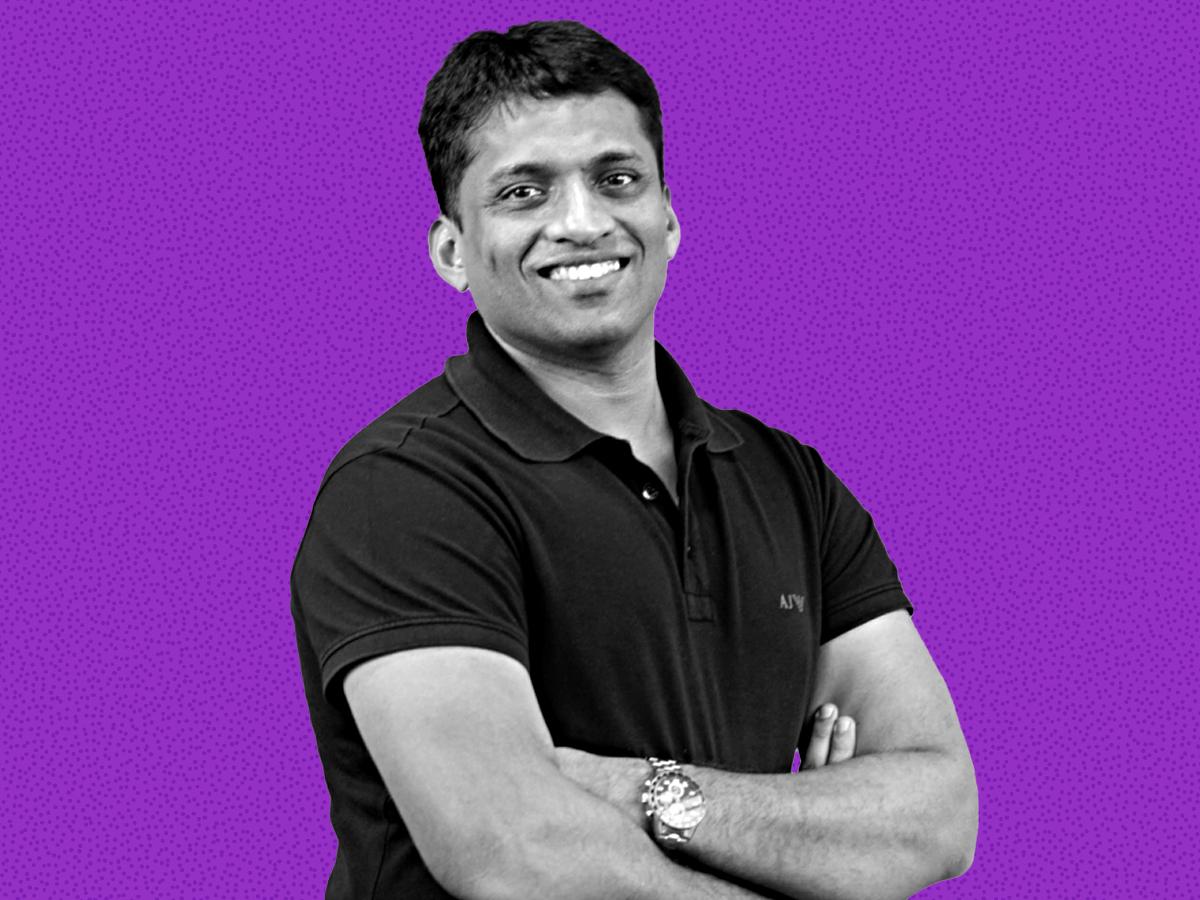 Troubled edtech giant Byju’s has sought more time from its creditors to renegotiate an agreement pertaining to a $1.2-billion loan that is in breach of covenants, Bloomberg reported, citing sources.

Catch up quick: In November 2021, we reported that Byju’s had raised $1.2 billion via a term loan from the overseas market. The edtech firm, then valued at $18 billion, had earlier planned to raise $700 million, but the round was upsized.

Details: According to the report, the creditors had until Tuesday to sign a forbearance agreement, which would give the company until February 10 to negotiate broader terms for the loan.

Jargon buster: A forbearance agreement is a temporary postponement of loan payments a lender can grant instead of forcing the borrower into foreclosure or default. The terms of such an agreement are usually negotiated between the borrower and lender.

Show me the money: Some of the creditors are seeking a quicker repayment of the loan using cash reserves of about $850 million from Byju’s US unit, Bloomberg reported in December. This was after the parent firm missed a September deadline to disclose its FY21 earnings. The lenders then hired Houlihan Lokey Inc to advise the edtech firm on amending covenants.

Lok Capital has made the first close of its fourth fund with commitments totalling $90 million, the impact investment firm said on Tuesday.

The Chennai-based fund said the final close – at $150-200 million – is expected by September.

The fourth fund will invest in financial services, including fintech, health-tech, food and agri-tech, and climate tech.

Quote unquote: “Financial inclusion is front and centre for us. It is the most important sector for our fund. Sustainability is an emerging space, and we are looking at themes that focus on decarbonisation like the electrification of vehicles, renewable energy and even alternative proteins”, Venky Natarajan, co-founder and partner at Lok Advisory Services, which advises the funds of Lok Capital, told ET.

Other Top Stories By Our Reporters

Relevel to pivot to test products, Gaurav Munjal tells employees: Unacademy-owned upskilling platform Relevel, which helps job seekers qualify for various roles, is undergoing a major pivot and will focus completely on test products and its new app NextLevel, according to an internal memo founder Gaurav Munjal sent to staff on Tuesday.

Global Picks We Are Reading