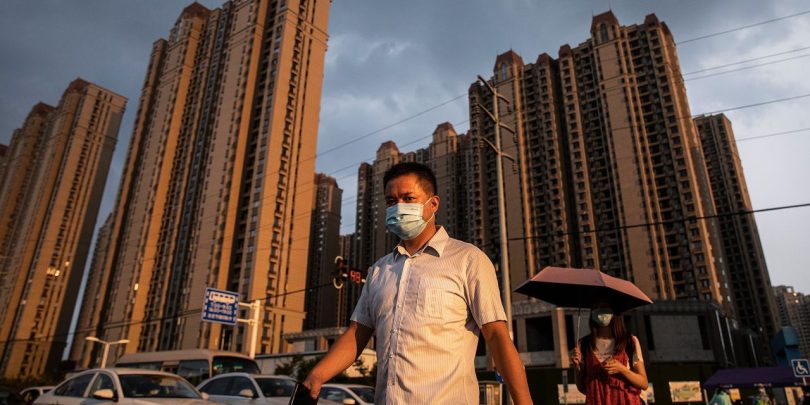 A severe surplus in the iron-ore market caused by the renewed pressure in China’s property market will sink prices of the commodity over the second half of the year, Goldman Sachs analysts warned this week.

The iron ore market is on track to see 67 million tons of excess supply over the remainder of 2022, after a deficit of 56 million tons in the first half, which reflects “a combination of both extended property related onshore demand weakness and a sharp deceleration in ex-China steel demand, compounded by a largely unchanged supply path,” a team of Goldman Sachs strategists led by Nicholas Snowdon wrote in a client note on Monday.

Strategists also trimmed their iron ore price targets over the next three and six months to $70 and $85 a ton, respectively, from $90 and $110 per ton. The benchmark 62% Fe fines
TIOQ22,

imported into Northern China traded at $106.01 on Wednesday.

According to Goldman, iron ore is tied to early cycle property activity in China more than any other global commodity as the sector generates close to a third of China’s steel and iron ore demand. The country’s real-estate market has worsened in the last several weeks as many home buyers refused to pay their mortgages for uncompleted apartments. Property construction has slowed since the beginning of the COVID-19 pandemic as the country’s “zero-COVID” policy, under which full or partial lockdowns are imposed in major cities, left home developers unable to complete and deliver properties to buyers.

The crisis was further exemplified by the default of Evergrande last November, the country’s most indebted real-estate developer.

Beijing has tried for years to crack down on home developers’ overreliance on debt to fund their projects, but it is still the least policy-supported sector of the country’s economy, with land purchases by developers and new housing falling by 48% and 34% year-over-year in the first half of 2022, respectively. Reuters reported earlier this week that China will launch a real-estate fund to help developers resolve a crippling debt crisis, aiming to raise up to $44 billion in a bid to restore confidence in the industry given the magnitude of property’s drag on Chinese GDP growth.

“Indeed, any emerging policy support there is for developers remains closely tied to completions and delivery of households’ pre-bought units, which will benefit later cycle raw materials including copper and aluminum,” the strategists said. “Whilst this environment continues, we believe it will continue to pressure aggregate iron ore demand and limit the potential for a sustained retightening…Until that policy adjustment eventually comes however, most likely now in H1-23, the iron ore bear market will continue.”