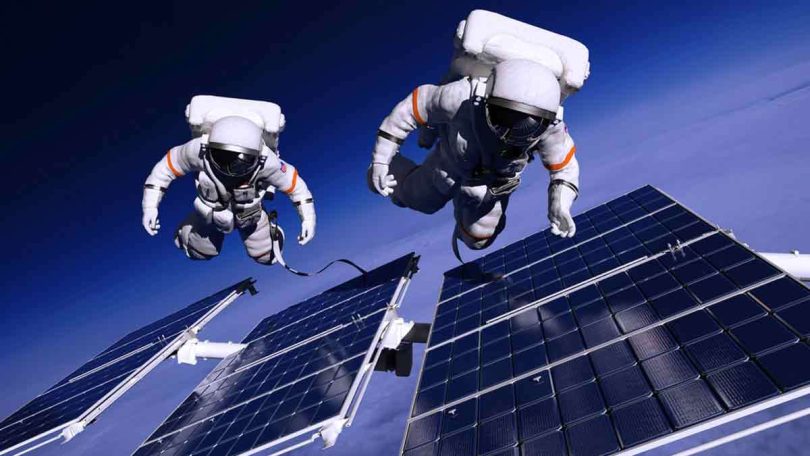 A Chinese solar power firm plans on sending solar panels into orbit with an aim to establish a 24/7 operation to harvest bright solar energy and supply it back to Earth. According to Bloomberg, Longi Green Energy Technology Company’s concept has gained attention due to its simple value prospect — harnessing solar power throughout the day, and not just during the day time.

While Longi won’t be the first to explore the concept of harvesting solar energy in space, the report suggests that CalTech got the green light to study space solar panels in 2013, and countries including India, Russia, and Japan are working on similar concepts. The Chinese firm, however, might have made the biggest plunge in turning the tech into reality.

A Gamechanger By All Means

China is also the first country to have the first successful space solar transmission model. A team of researchers at Xidian University captured sunlight high above the land and turned it into microwave beams, delivering it to a reception station that converted the energy into electricity, the report suggests.

As per the Bloomberg report, Wu Zhijian, China Space Foundation president, said that Longi’s space solar panel lab could pave the way for a renewable energy partnership with the China National Space Association. If the concept materializes, it could be a revolution in the renewable energy sector.

China might also foray into commercial space travel by 2027. At least that’s what Yang Yiqiang, founder of a space company, predicts. Back in 2018, Yiqiang looked after the Long March 11 rocket project as its general director.

Yang suggested that suborbital flight is the most suitable for commercial space travel. The short spaceflight would ferry passengers to the Kármán line, the boundary between our planet’s atmosphere and space, where passengers will experience weightlessness for a short period.

If the reports are to be believed, China will launch its first commercial suborbital space flight in the next three years, with tickets costing around 2 to 3 million yuan (about $287,200 and $430,800).

You have already subscribed