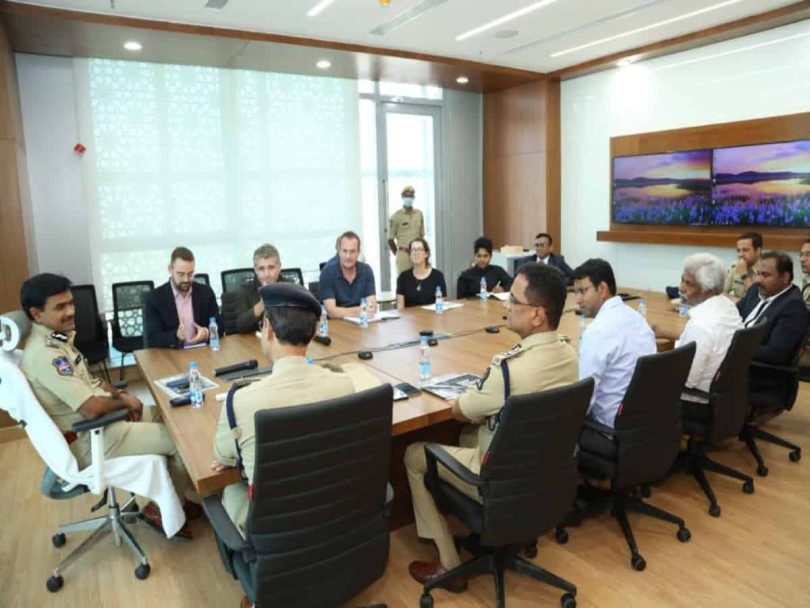 Hyderabad: Hyderabad police commissioner, C V Anand on Friday held a meeting, at his office with the organisers of the upcoming Formula E race, in view of deliberating security measures to be in place during the event.

Hyderabad gears up to host India’s first Formula E race scheduled to take place on a picturesque track around Hussainsagar on February 11 after the ‘Season 9’ kick-off on January 14 in Mexico.

Fédération Internationale de l’Automobile (FIA- the governing body for many auto racing events), in collaboration with the Telangana government, will organise the mega event that is expected to draw a footfall of 30,000 to 35,000 visitors from all over the globe.

According to the plan, FIA will provide internal security in the operating areas of support staff, and restricted areas with the help of the ‘Team Agile group’ (a private security agency).

CP CV Anand assured that the city police will extend all support and ensure elevated security measures for the success of the one-of-a-kind event in Hyderabad.

Security measures to be taken up by the city police

Installation of CCTV cameras along the 2.8 km circuit track and other necessary arrangements will also be made in time by the police and other security partners.

As the event signifies to be an International one with a big, passionate fanbase, all logistic arrangements for the racers, support staff and other dignitaries are being made at various levels.

On the sidelines of the event, the organisers also plan to set up a fan village at People’s Plaza for which additional security cover has been sought.

CP Anand said that public safety is of paramount importance and highlighted the need for more ingress and exit points.

The commissioner directed the security wing to ensure the passes, and tickets are tamper-proof and added that a strict tab must be kept on the internal movement at all points, manned with adequate and trained personnel.

The city police diligently explained how crowd management can be done by taking cues from the data generated while issuing tickets which include the spectator’s route, his/her spot in the stands, parking slot, and exit routes.

The meeting further deliberated on the deployment of medical teams, fire brigade, and ambulances ensuring immediate aid in case of any unfortunate incident.