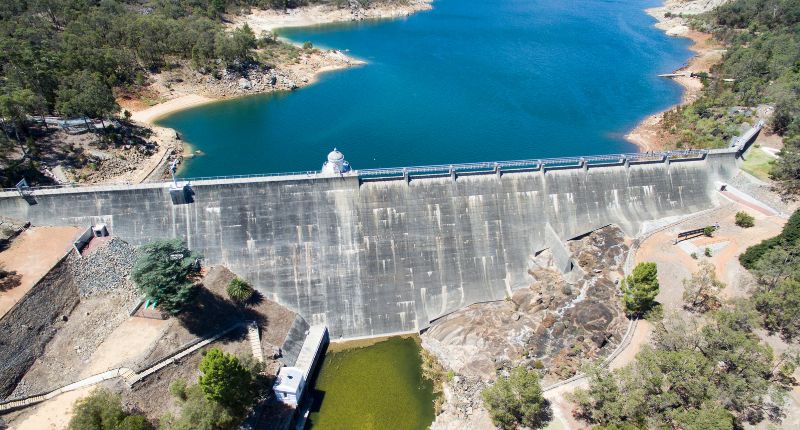 Clough Projects went into receivership on December 5th, 2022, when the engineering business’ South African parent, Murray & Roberts, announced it had called in administrators from Deloitte after Webuild SpA pulled a $30 million buyout loan that would have kept the 104-year-old firm afloat.

The initial proposal, agreed in mid-December, provided for Webuild to buy Clough’s Australian workforce and two of its six major projects — the Snowy Hydro 2.0 project in NSW and the Inland Rail project, also on the east coast.

Webuild’s global chief boss Pietro Salini told The Australian Financial Review in December that the company wanted to acquire Clough’s contracts and hire its workers so it could strengthen the Italian group’s operations in Australia.

Approval for the deal for full control of the two federal government funded projects, was to be finalised with the Deloitte administrators by 21 December, but approval was extended by another month to 25 January.

Webuild has already had a good look at Clough, having agreed the previous $350 million buyout and $30 million loan in November before pulling out weeks later and forcing Clough and 11 other group companies into administration on 5 December.

Clough, which specialises in major energy, resources and infrastructure projects, was founded in Western Australia in 1919 and acquired by South African contractor Murray & Roberts in 2013. At the time of its collapse, Clough had 12 companies under its umbrella that together employed 1,250 workers in Australia and a further 1,250 in Papua New Guinea, the United Kingdom and the United States.

Clough’s four major secured creditors, HSBC Bank Australia, Liberty Specialty Markets, Assetinsure and AA1, have first call on any funds derived from administration, meaning there is no guarantee that what is owed to trade creditors or the company’s workforce will be paid.

Clough had apparently been struggling financially for an extended period, posting a $375.3 million loss and a $304 million working capital deficit in the last financial year. Like other builders, it was heavily impacted by the COVID-19 pandemic. Supply chain problems and labour shortages resulting from widespread infection contributed to increases in the cost of building materials and caused deadlines to blow out.

Clough is yet another casualty of the deepening crisis engulfing Australia’s construction industry, which has seen a plethora of building firms go to the wall over the past year, destroying many thousands of jobs.

Uncertainty over whether Webuild would keep the contract to build the WA-based Waitsia gas project site. This led to a staff exodus.

The sale was to save 1000 Clough jobs in Australia, most of them in Perth, but leave Deloitte to sell or break up Clough’s international business, which includes offices in North America, Britain and Papua New Guinea.

Sources told The Australian that 106 white-collar staff, including engineers, had resigned from Clough since the announcement on December 5, and half the blue collar workers had returned to the site in the new year.

Through their joint entity Future Generation, Clough and Webuild won a $5.1 billion fixed-price contract to build Snowy 2.0 in 2018, but the joint venture has been trying to claim back close to $1 billion of extra costs.

Webuild may also have the option to extend the scope of the deal to include other Clough projects, but this outcome is far from certain. Deloitte restructuring partner Jason Tracy said only that the administrators had been trying to arrange “interim funding for Clough’s biggest projects by value.”

Webuild’s Mr Salini referred to Clough’s $US1.35 billion ($2 billion) contract to develop a new urea plant for Perdaman Industries on Western Australia’s Burrup Peninsula, in a joint venture with Saipem, as a potential future project for Webuild.

The Bundaberg Port, awarded to Clough Projects Queensland in July, will be completed by Clough, and is on track.

Meanwhile, Clough said works for the CUI infrastructure were progressing well and it did “not envisage any delays due to the issues that have surrounded other Clough entities over the past week or so.”

The project has been in the pipeline for years, but delays in approvals resulted in the cost blowing out by almost $8 million.

More contracts held by Clough, including the $2.3 billion Project EnergyConnect interconnector cable between South Australia and NSW, and the $768 million Waitsia gas project for Mitsui and Beach Energy in Western Australia, are still up in the air.

Webuild’s global scale and well-lined hip pockets – it has secured some €24 billion ($37.6 billion) in new orders over the past two years, including work on the Inland Rail and the Sydney Metro – is expected to help protect it from some of the cost blowouts encountered by Clough.