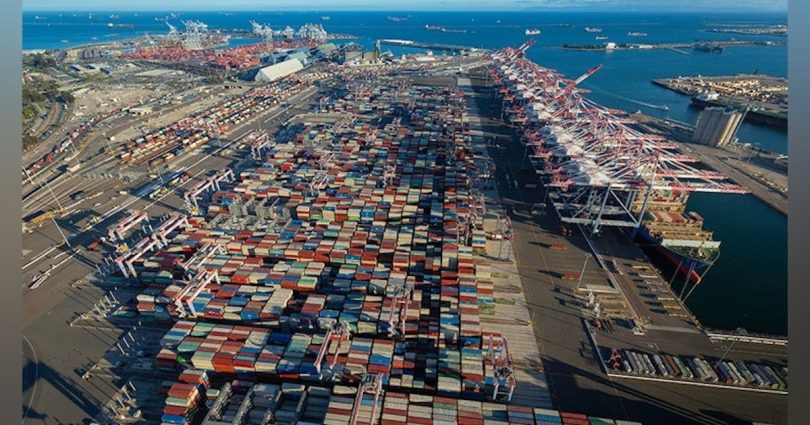 While US ports continue to face a variety of challenges through the first half of 2022—from elevated dwell times for cargo ships and landside bottlenecks to chassis shortages, conditions appear to have eased from earlier in the year at many major ports, according to a new report from Cushman & Wakefield.

“The Ports sector has done a remarkable job of avoiding collapse over the past two years and due to the hard work of countless people, the sector has started to see some improvements in the flow of goods,” said Jason Price, senior research director for Cushman & Wakefield, in a statement. “That said, there are still incredible headwinds working against the sector and creating significant risks going forward.”

Many of the industrial markets around ports have experienced tighter market conditions than the U.S. overall, with seven boasting vacancy rates of 2.0% or lower as of midyear 2022, including the Inland Empire (0.6%), Savannah (0.6%), Los Angeles (1.0%) and New Jersey (2.0%).

With an average vacancy rate of just 2.3%, the port markets’ absorption totals thus far in 2022 have lagged the U.S. average, only representing 1.1% of the total inventory. Only five of the major port industrial markets (Inland Empire, Charleston, Savannah, Hampton Roads, and Seattle) yielded more than 4.0 million square feet (msf) of absorption year-to-date, with just Savannah and Charleston seeing the totals account for over 5.0% of the inventory. All port markets, however, recorded net occupancy gains during the first half of the year.

With heightened demand throughout port markets coupled with limited supply, rents for space near and around ports continued to rise and have been priced at a premium over most other markets. At $12.09 per square foot (psf), the average asking rent for port markets finished Q2 44.7% over the U.S. average of $8.36 psf.

“Seven industrial markets close to major ports boasted double-digit rents as they are among the highest desired markets in the nation. In fact, industrial markets around the major cargo ports recorded six of the top 10 average asking rents in the nation for warehouse space,” said Price. “Taking rents for Class A logistics space in many cases were much higher, particularly within new construction projects in and around the ports. In New Jersey, taking rents have exceeded $20.00 psf in some cases and have even reached the $30.00 psf mark.”