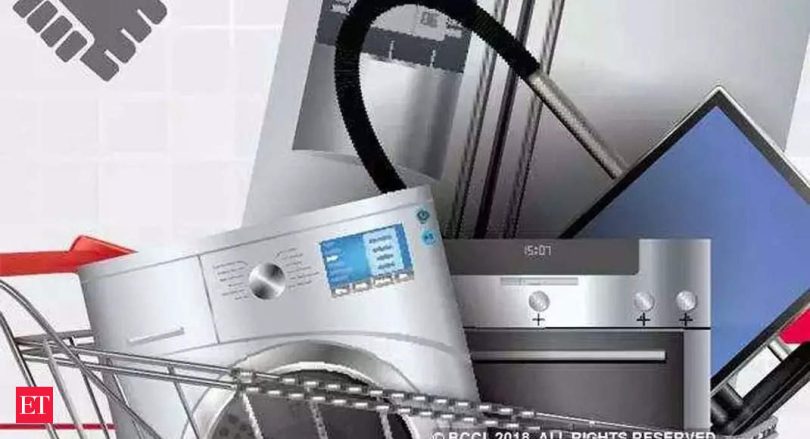 Mumbai | Kolkata: Demand for groceries, personal care items and discretionary products such as apparel, smartphones, refrigerators and televisions improved in December, indicating a recovery after sales fell sequentially or remained flat for the past several months with the only exception being festivals-heavy October.

The value of fast-moving consumer goods retailed in December rose 1.4% from the last month, according to Bizom that analyses data based on orders at kirana stores. Electronics categories grew 8-10% sequentially, according to industry executives.

Unsold inventory from the festive season, along with subdued demand after Diwali, had led to a pile-up at the trade level across FMCG and electronics products in November, with sales also falling 15% from October. That situation improved for most categories in December. “Sales across packaged commodities have been strong last month and we also see increased stocking by retailers, mostly to cater to the festive occasions and marriages over the next three months,” said Angshu Mallick, chief executive of edible oil and staples company Adani Wilmar.

Firms said the expansion could have been higher, but many categories such as biscuits and soaps saw price cuts, which helped volumes but weighed on value growth. “Due to easing of inflation in select segments, there was also an increased trade promotion that helped sales. In addition, modern trade and ecommerce tend to stock up for Republic Day sale period during the last week of December, which boosted sales,” said Krishnarao Buddha, senior category head at Parle Products.

However, in comparison with a year earlier, sales of FMCG fell 5% in December and 4% in the October-December quarter.

“We do see sequential growth returning month-on-month as stocking improved for branded commodities and home care products, especially in the last week of the month. The growth has been lower year-on-year across most categories as the excessive stocks from Diwali are taking longer to be liquidated this year and we continue to see consumers still buying conservatively amid inflation,” said Akshay D’Souza, chief of growth and insights at Mobisy Technologies, which owns Bizom, a platform that transacts with 7.5 million retailers.
According to a report by Nuvama Wealth Management, the base effect of rural slowdown started in the second half of the last calendar year. Lower end of the rural job market seems to be improving, but still these are early days and sustainability is needed.

In pricier segments such as home appliances, consumer electronics and smartphones, there has been double-digit sequential and single-digit year-on-year growth in December.

While the mass and entry segment remained subdued, the expansion was led by the mid-to-premium segment which had driven sales in October as well. In November, there was a 35% year-on-year dip in smartphone sales and a 15-20% fall in home appliances.

“The inflationary impact on entry-level product sales continued in December, which is a concern. Otherwise, the premium range drove sales with marriages in the first half of the month and offers by retailers. Also, last year December was quite subdued due to emergence of the Omicron wave,” said Godrej Appliances business head Kamal Nandi.

On a year-on-year basis, according to industry estimates, sales of smartphones rose 5-6% and home appliances and consumer electronics expanded 8-10% in December.

Market researcher IDC India associate vice president Navkendar Singh said the excess stock situation of smartphone brands had come down due to sequential improvement in sales in December and so had the discounts moderated. “The alarming situation is over, though demand for sub-Rs 10,000 segments continues to stagnate,” he said.

A delayed winter impacted sales of apparel in the first fortnight of December, but retailers said demand rebounded in the second half, especially in key markets such as Delhi.

The surge in discretionary categories came despite data from the Centre for Monitoring Indian Economy suggesting an increase in the overall unemployment rate to a 16-month high of 8.3% in December, from 8% in November.